About 60% of Russian users of tariff plans on the average consume more than 3 GB of mobile Internet per month. This is reported by “Vedomosti” with reference to the report of UBS Evidence Lab and UBS. A third of subscribers use packages over 5 GB per month, the study said. The proportion of users whose traffic is from 3 to 5 GB per month, increased during the year by 8 percentage points to 27%, and the proportion bypassing a small amount of traffic (less than 0.5 GB), halved to 9%. 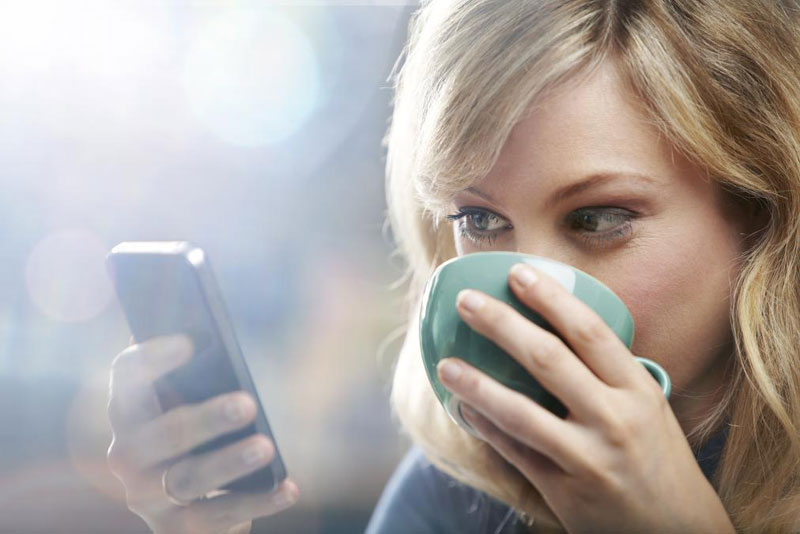 Analysts at UBS say that the traffic of mobile Internet users is growing by 30% annually, but the revenue of the operators, this growth reflected not so noticeable. According to them, data revenues will grow by 10-20% per year.

According to analysts, the growth of mobile Internet consumption has caused the introduction of the “big three” in the first half of 2016 tariff with unlimited Internet. Assessment of the General Director Telecom Daily Denis Kuskov, of the Russian subscribers on average consume from 3 to 5 GB of mobile Internet.

With the further growth of consumption and the load increases, the benefit may be Tele2 and MegaFon. At Tele2 in comparison with competitors the least loaded network, and a Megaphone” is the widest frequency range and the largest in Russia the number of base stations including 4G, they explain. 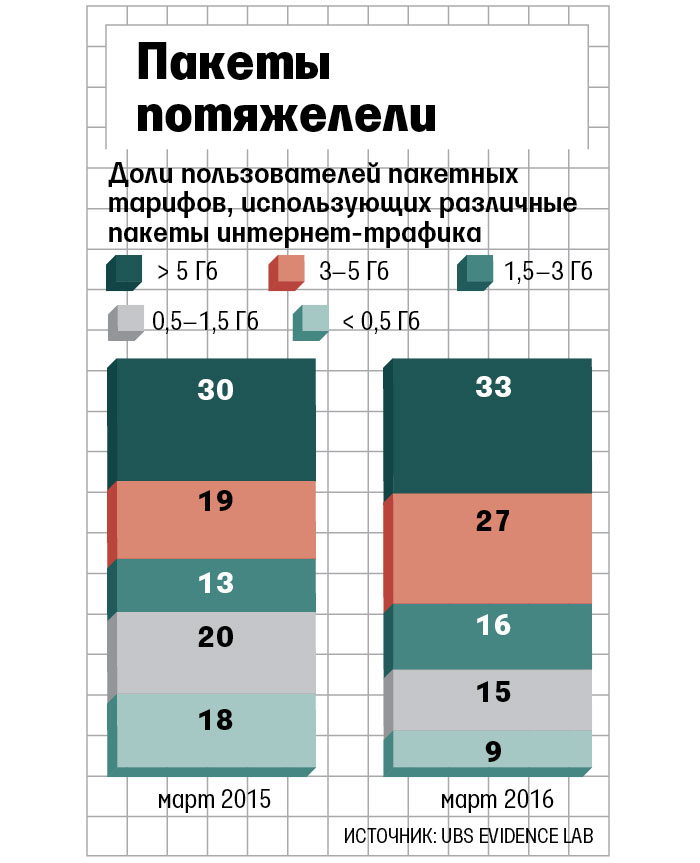 The explosive growth of traffic and the reluctance of subscribers to pay more – a long-standing problem, adds the analyst of “URALSIB” Konstantin Belov. The increase in the network capacity leads to additional expenditures and revenue is not growing, he explains. Subscribers shake more and more, but the risk of excessive load on the network no, said the representative of “MegaFon” Julia Dorokhin. The average monthly traffic of the subscriber of “MegaFon” in the second quarter of 2016 grew by 26.9% year-on-year to 3.95 GB, follows from the operator.

At Tele2 the most popular rate in Moscow has 10 GB of prepaid traffic, says a representative of the operator Konstantin Prokshin. According to him, the operator’s network is built on the modern equipment with the latest trends in growth of traffic, so congestion Tele2 is not afraid.