A week after locking in the Ukraine in the Runet there were 2.3 million VPN users

A week after the blocking of “Vkontakte” and “Classmates” on the territory of Ukraine audience of users from this country have fallen dramatically. But these social networks have become much more likely to go to users from the USA, Germany and the Netherlands — there are servers in many VPN services. 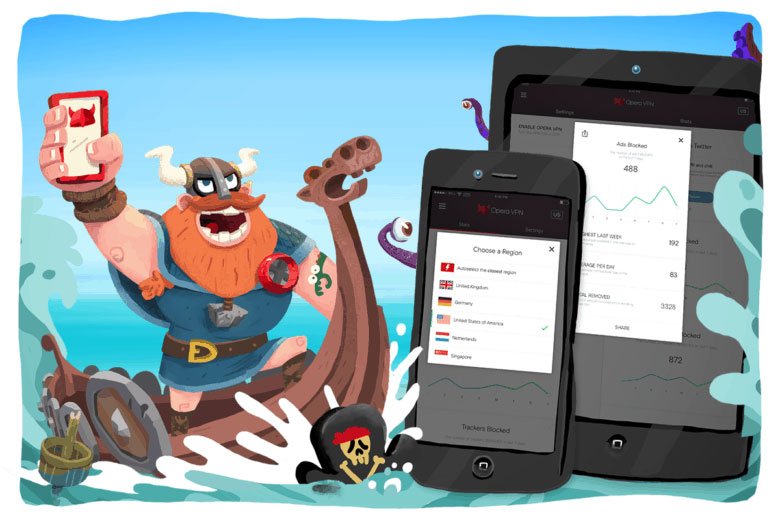 Until may 16, when the President of Ukraine signed the decree about blocking Russian sites daily in Runet there was an average of 1.96 million users in Germany, 1.6 million from the United States and 257 000 from the Netherlands. As of may 25, the number of users in Germany rose to 2.83 million, under IP addresses of the Netherlands have used the services of 1.22 million users, USA — 2.09 million 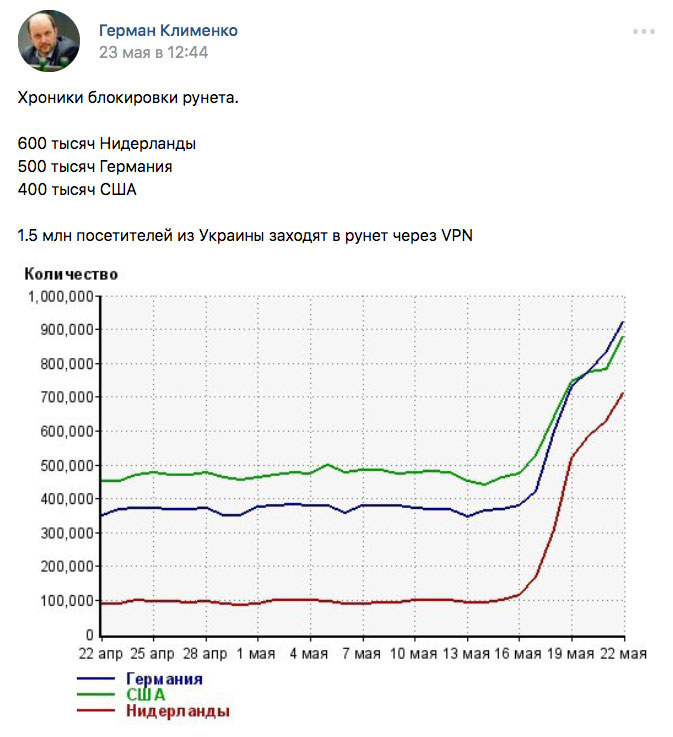 According to the adviser of the Russian President on the Internet of Herman Klimenko, the sharp rise in the number of foreign users is associated directly with the use of Ukrainians of VPN services. If so, approximately 2.3 million residents of Ukraine began to circumvent the blocking by using a VPN. The increase in the number of users was only from the Netherlands, USA and Germany, said TJ. 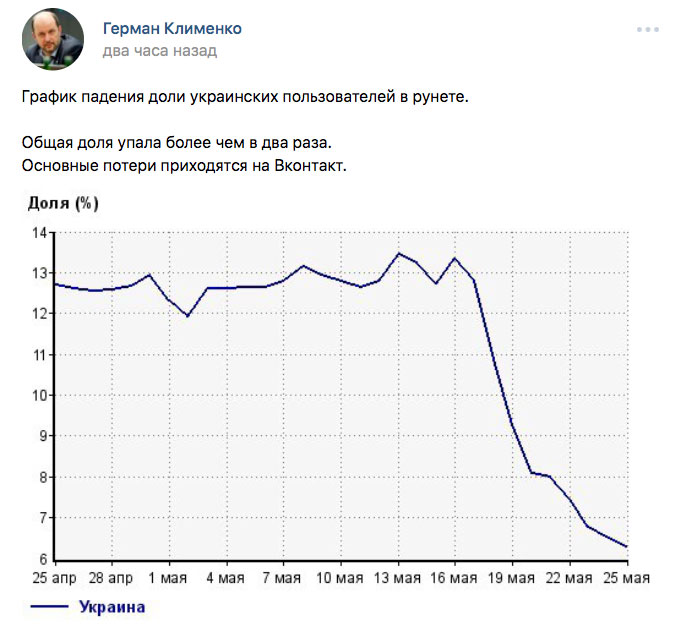 However many users from Ukraine and has not mastered the services to bypass the lock. After the introduction of sanctions, the Ukrainian audience of “Vkontakte” and “Classmates” fell from 25 to 12 million users a day.