Android 7.0 Nougat is set to launch in August, although at the time of release of the update will be available to a limited number of mobile devices. The first update will get the Nexus series devices, with the update do not expect the owners of the Nexus 5 smartphone. 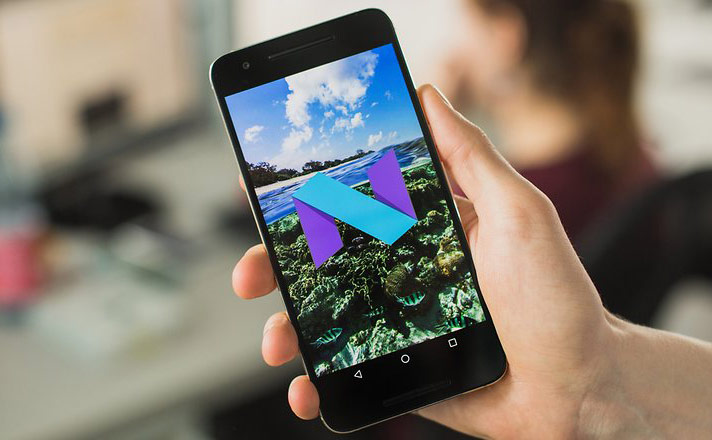 In the case of previous update of Android 6.0, Google is concentrated more on internal improvements than on external. 7.0 in Android operating system 250 received fixes and modifications on the level of functionality, and for a fresh implementation of OS will be characterized by one of the main features of iOS – desktop and application menu.

Unlike Android, the home screen of the iPhone and iPad easier – it consists of several pages of screens, which are placed from the App Store. On devices running OS from Google apps to a separate hub: here are all downloaded from Google Play program and the user can select and transports them to the home screen.

According to the resource Android Authority, the seventh edition software platform, Google has decided to abandon the buttons for individual applications menu and organize the home screen in iOS style. A list of programs will be opened using a swipe from the bottom up. Thus the company will get rid of the icons, which was part of Android since the release of the first version of the OS.

Also, Android 7.0 Nougat disappear search bar Google from your Android home screen — now it is collapsed by default. Personal assistant Google Now will be available by swipe from left to right.

Note that in 7.0 Nougat Android users face a lot of changes and new features, some of which Google has borrowed from iOS. So, Google OS introduced support multiwindow mode and picture-in-picture as on iPad, mode Night Mode – analog Night Shift in iOS, quick responses and grouping of the notifications like Apple.

As mentioned above, in August Nougat Android 7.0 will be available only for a limited number of devices made by Google’s partners. When the new OS will reach other manufacturers, is unknown. At the moment, released last year, Android 6.0 Marshmallow got only 13.3% of the holders “guglofonov”, while on iOS 9 work 86% of all Apple mobile devices.