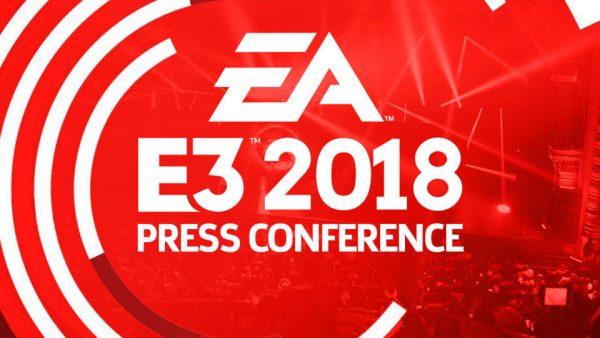 EA CEO Andrew Wilson has announced a new subscription Origin Access Premier. With its help you can synchronize your save across platforms and to new games. Subscription will start this year. The exact date and price Wilson was not named, but announced that there will be a free trial period.

Representatives of the EA has announced Battlefield V and told us a bit about the gameplay of the game. “We want to make gameplay Battlefield V the best and most impressive in history,” — said the General Manager of DICE Oscar Gabrielson. In the game you can pick up any weapon and transport. People will be able to jump out of Windows, and the tanks destroy buildings.

In single player mode will be available a few War Stories. Initially the action will take place in France and Norway, but later will be added a new battle. The trailer shows the story of a woman who fights in Norway with the Germans in 1943.

Battlefield V there will be no additional payments and premium boxes. October 16 will be released Deluxe edition and the standard version will start on October 19.

The main new feature of FIFA 2019 will be the integration of the “League of Champions”. In the game you can choose your favorite club and gradually go through the game, taking the Cup “Champions League”. Representatives of the EA said that with the development of the game, they listened to the fans. This allowed to improve gameplay and game physics. The release of FIFA 19 will take place on September 28 on PC, PS4 and Xbox.

For players of FIFA 2018 from today is available the addition of the 2018 FIFA World Cup Russia. It contains all the teams and the stadiums where games will be played.

The head of Titanfall 2 has introduced a new game, “Star wars” which will be released in 2019. The action will take place between the third and fourth episode, when the Jedi were hunting the Sith. The game will be a new night mode and new maps, including the movie “Han Solo: Star Wars. History.”

In Battlefront II will be the addition of “the clone wars”. It will be possible to play as Anakin Skywalker, count Dooku, General grievous and Obi-WAN Kenobi.

On stage, EA has released the second part of the game Unravel. The main innovation — support co-operative mode. In Unravel 2 will always be two characters, even if the user plays alone. The game will be released today and will be available on PS4, Xbox One and PC.

The game describes the story of a young woman Kay, who is so very lonely that turned into a monster. She travels by boat in the flooded city and meets other monsters. The player will have to find the girl human qualities and to bring her back to life. Sea of Solitude will be released in 2019.

In the game you can create your character and go from small venues to huge stadiums. Teaming up with other players to create teams and participate in tournaments. NBA Live 19 will be released September 7th.
Madden NFL 19

Madden 19 will support Real Player Motion, which debuted in FIFA 18. Thanks to her gameplay will be improved. The list of players will be new and old stars of American football. Release Madden 19 on 10 August on PC, PS4 and Xbox One.

Command & Conquer Rivals is the only game at the presentation, which is intended for smartphones and tablets on iOS and Android. Players need to gather resources and fight for control of two missile launchers. Alpha version is already available for Android devices.

At the end of the presentation, EA showed a trailer for the long-awaited shooter Anthem and announced the date of release — February 22, 2019. In Anthem will not be paid add-ons that in some way affect the passing game. Instead, users will be able to purchase only cosmetic changes. The game is considered a command, but if desired, the player will be able to pass it, but will make it more difficult.