Apple published the source code for low-level system components operating system macOS Sierra 10.12, which debuted in October of this year. Data are available on the website opensource.apple.com everyone, before downloading you only need to accept the rules of use of content: the document may only be commercial use.

In the open system components of the desktop platform Apple uses free software, including the kernel xnu, parts of Darwin and other components, programs and libraries that are not related to GUI.

Darwin is the heir developed in the NeXT operating system NeXTSTEP, the first version of which was released in 1989. After Apple absorbed NeXT in 1997 it announced that it will make its next operating system on OpenSTEP-based API system, NeXTSTEP. This system was developed in the framework of the project Rhapsody in 1997 and in 1999 he published based on these developments, Mac OS X Server 1.0. In 2000, Rhapsody was dedicated to Darwin, released as free software under the common public license to the source code of Apple (APSL), and components of Darwin are present in Mac OS X to this day. 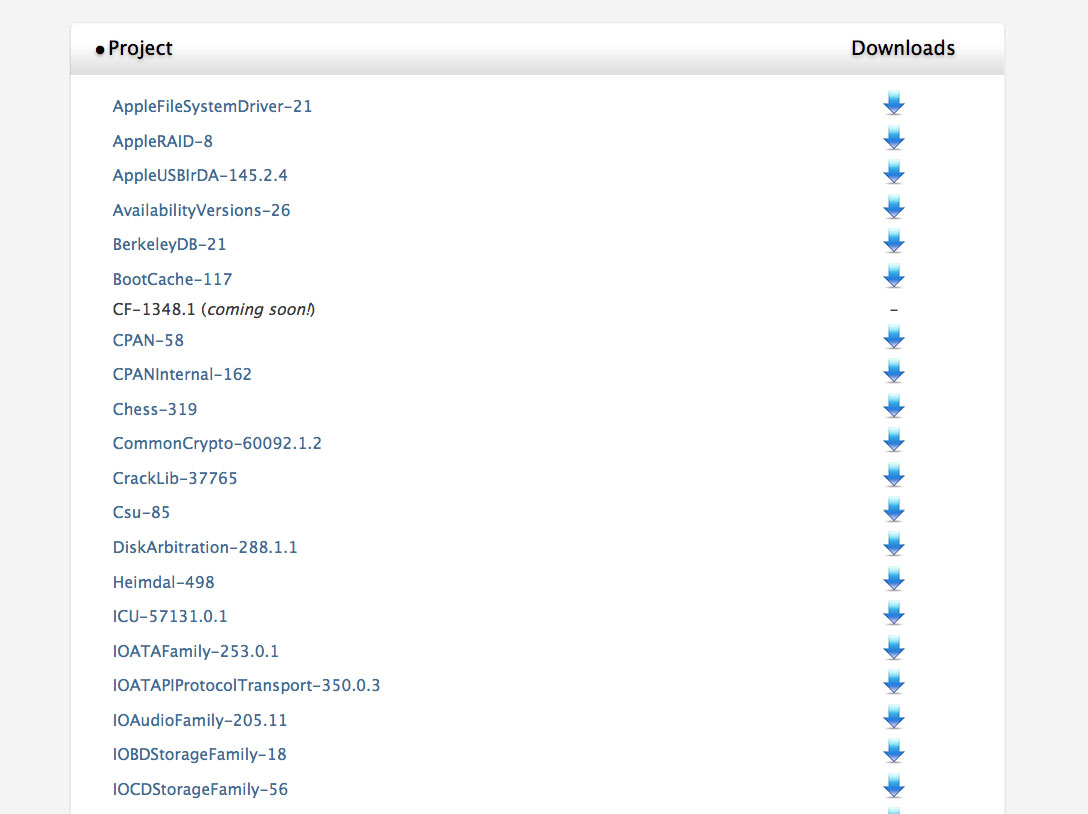 In total, according to Opennet, published 205 packages source-macOS Sierra, including the kernel xnu-3789.1.32. In comparison with the release of OS X 10.11 removed packages SmartCardServices, srm, efax, but added apache_mod_perl, libplatform and bootstrap_cmds.