Apple was late: the Taiwanese company showed the adapter for wireless charging AirPods 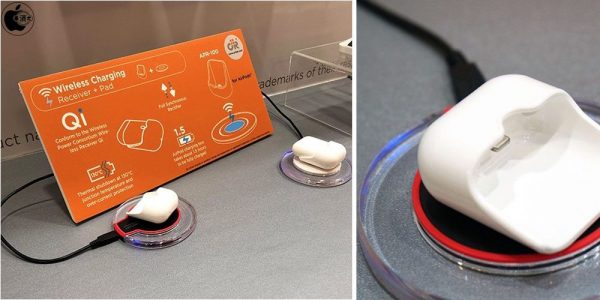 Taiwan manufacturer Ortek introduced the adapter the APR-100 wireless charging case for AirPods. It greatly increases the size of the accessory, but also spoils the appearance. The company promises that the charging time of the case and headphones will be 1.5 hours. Ortek APR-100 also provides protection from power surges. The manufacturer has not announced the price and release date for the adapter, but probably he can release it before the Apple case with wireless charging.

Along with iPhone X at the presentation in September 2017, Apple introduced a wireless station AirPower and announced that it will be the case with wireless charging for AirPods. The company did not name exact date of start of sales, but said that it will happen in 2018.

It was expected that sales of accessories will begin in March, but this did not happen. After that, it was assumed that Apple will announce the start of sales at WWDC 2018, but that didn’t happen. Since the announcement of AirPower and case with wireless charging for AirPods nine months have passed, and the official comments are still there.