This week Samsung started deliveries of its new timepiece. The latest generation of smart watch Gear S3 hit the shelves of South Korean stores on November 11. In other countries, the device will appear later — after a week, the smart watch will reach Australia, UK, USA, Dubai, France, Singapore and Germany. Edition Lenta have already managed to test the new product from Samsung, and compare it with “smart” clock Apple Watch Series 2. 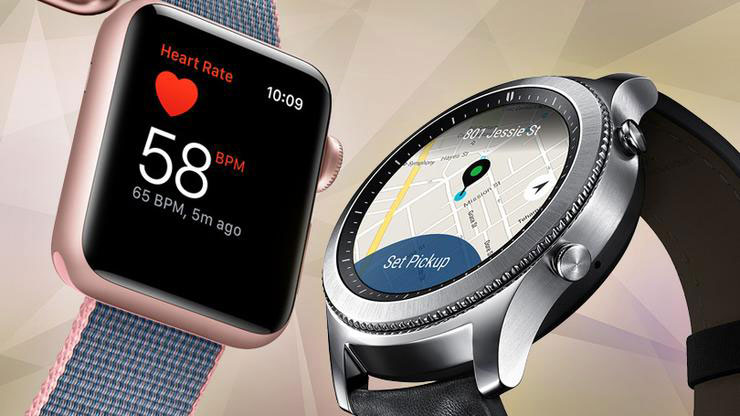 Among fans smart clock of the opinion that this device looks to be repeating the usual hours — that is, to have a round dial and buttons on the sides, exactly like the classic counterparts, and will work with straps of standard size. Gear S3 satisfy these requirements: even the standard dials glare like “boilers”. This is a very strict watch is no-frills and glamour, the makers of which tried to take the best of design of a mechanical watch. But failed.

Gear S3 are of impressive size and weight comparable to any of the vast army watch. In diameter the case has been monstrous 46 mm, which is a bad fit with their serious appearance. At the presentation representatives of the company claimed that S3 Gear will look perfect on any man’s and female hand, but even then it is a little hard to believe. 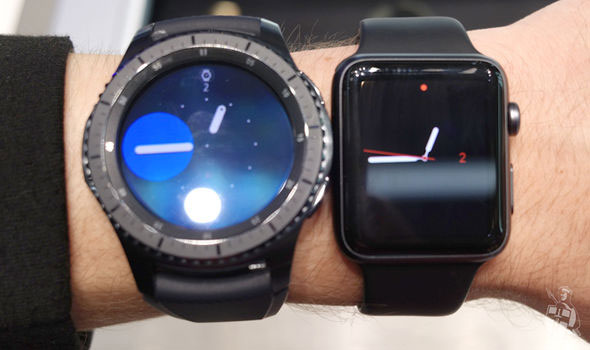 In fact Gear S3 look natural, only on a hand as massive, and the watch itself. Compared to Gear even in major version — 42-mm — casing the Apple Watch looks tiny. With such a huge enclosure complete strap disastrously low, it is barely enough to fasten a watch even on a small hand. 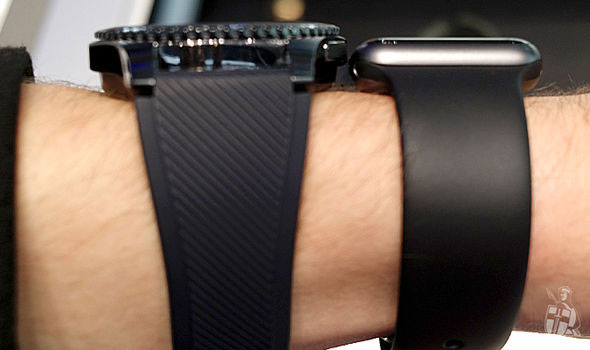 When using Gear S3 in everyday life it is extremely difficult to get rid of the thought that the attempt to cross smart watch with mechanical older brothers looks absurd. All the elements characteristic of these chronometers are notches on the housing with indication of the minute and buttons on the huge clock from Samsung look ridiculous. And worst of all, ridiculous and clumsy looks, and the holder of such hours. Watch from Apple when comparing seem advantageous, as nothing to do with the mechanics do not have and do not even try to borrow. 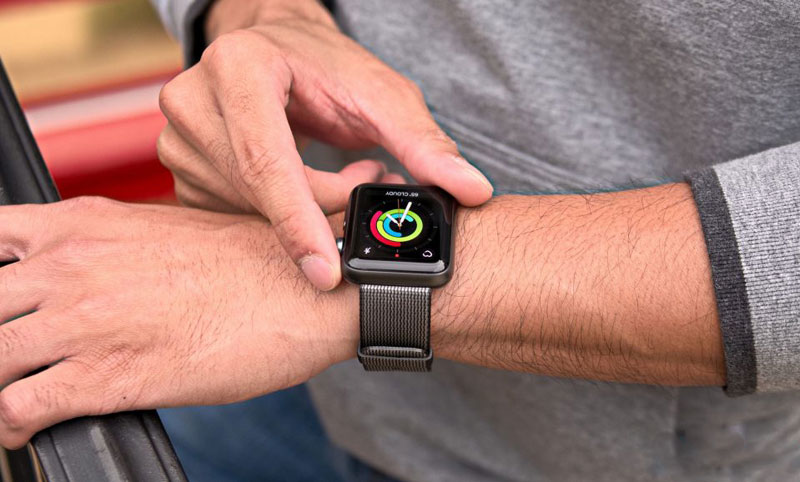 The Apple Watch, unlike Samsung hours, of futuristic look like a little smartphone on your wrist with a rectangular case and a switch on the side. There is the Apple Watch in a smaller 38 mm case.

When you select Apple the user much more choice. First, three variations of hull: aluminium, steel and ceramics. Aluminum available in silver, black, gold and pink colors, steel — only in silver and black. Ceramic only comes in white. There is also a separate modification of Nike+ in black aluminum, but the characteristics it does not differ from the standard. The company produces a lot of bracelets out of nylon, rubber, leather and metal. 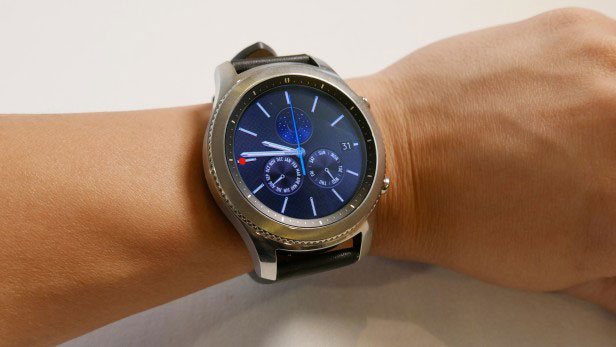 In addition to the two straps of the watches can be customized using the dials. Apple does not allow users to download third-party Watch Face, but it’s not a big problem, because a standard set of more than a dozen customizable watch faces is more than enough. It would seem that Gear S3 with the option to put a custom design home screen look much more advantageously. But almost all found in the vast app store Samsung dials brand villiglas and preset virtually no customization options.

One of the main features is Gear S3 rotating bezel, with which you can perform most actions. Thus the switching between screens, scrolling lists, and other similar manipulations. Still it’s a clicking ring works great as a sedative, its just nice to aimlessly twist. The only thing missing from this system, — the possibility to press on the bezel to select the appropriate item. This would make almost anything without touching the screen. 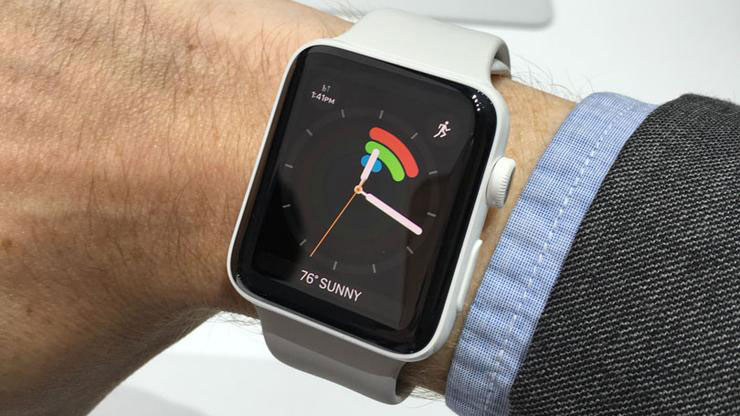 Apple Watch of authorities in the presence of wheel Digital Crown, which can also be pressed and side button. With the wheel you can scroll through the list, run applications, and clicking on it performs the function of “home” causes Siri and switches to the last running application. Side button the new version of watchOS opens the quick start menu programs and activates Apple Pay. 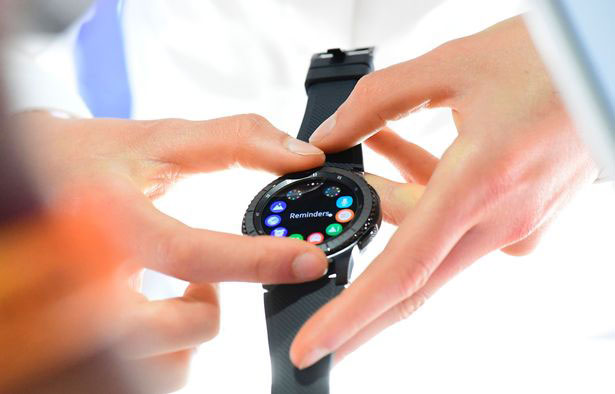 Due to the fact that the watch from Samsung working on its own Tizen OS, in the app store too little interesting and useful programs. Apple Watch is much better, and the clock in a short time you can even play Pokemon Go. So in this case, the Apple ecosystem a few heads surpassed Samsung, which more than one year trying to do something similar.

Worth devoting a few lines and ease of wearing the watch on his right hand. With this smartwatch to use the controls more often, and therefore the position of the buttons plays an important role. Samsung to solve this problem, nothing came up: when pressing the hand blocks the screen, but it was enough to allow him to turn, after the body of the watch is symmetrical. In the Apple the question came up in more detail: at first start you can configure on which hand will wear the watch and set the screen orientation. Then use the button and the Digital Crown it becomes much easier. 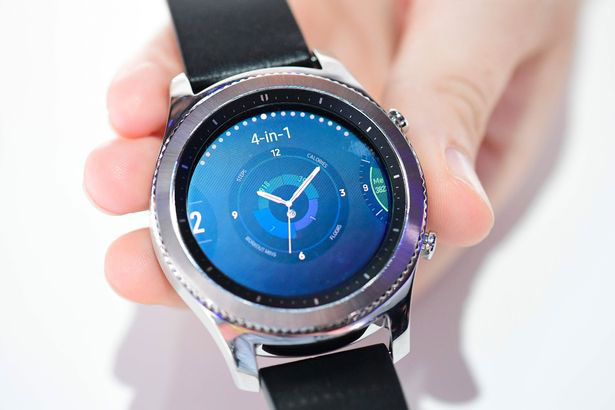 To talk about the watch’s features — perhaps a thankless task. Do not care about the processor and RAM — all concerned with two questions: what is the screen and how many hours hold a charge. These parameters win Gear S3 simply because of their size: they have the screen turned more and more tenacious battery. 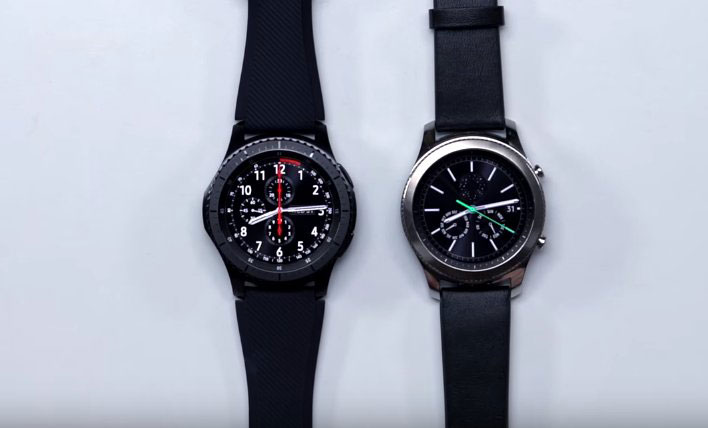 Apple Watch Series 2 have not been changed for part of the time of Autonomous work: they still can’t withstand two days of use. Accordingly, they have to charge every day, not to stay to the middle of the day with a non-working clock. Gear S3 with no problems and spend two days, although the manufacturer stated three or four…

Largest model of the Apple red ring has a rectangular screen with a resolution of 312 x 390 and Gear S3 is 1.3 inches with a resolution of 360 x 360. Due to the fact that the screen Gear round, the useful area is bigger than the Watch. The pixel density in both cases is sufficient for comfortable use. One of the nice features of screen Gear S3 became AlwaysOn Display that constantly leaves the screen turned on.

The change of generations

What the new generation of smart watches better than the previous? Spoiler: nothing! No Gear S3 or the Apple Watch 2 Series do not have revolutionary. Yes, the Apple Watch appeared GPS and full protection from water, and Gear S3 become stricter and healthier. And that’s all.

Splashproof the first Apple Watch were allowed without consequences to dip them in water, and GPS need not all. And in a new clock put a powerful processor. Here only it will be put in the gadgets of the first generation. 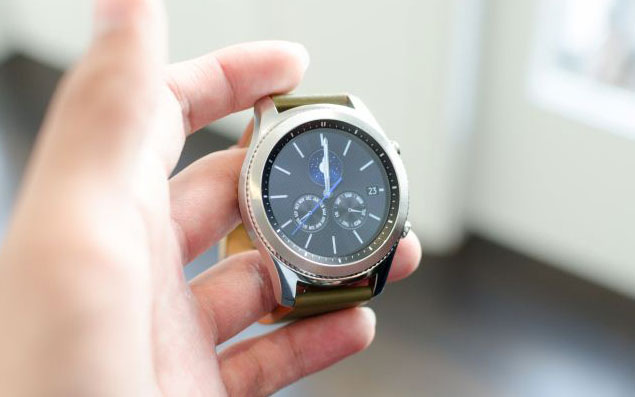 Approximately the same situation and have Samsung. Realizing that not everyone will hook this bulky machine, the company decided to leave the sale and the previous generation of Gear. Therefore, regardless of the manufacturer to pay attention is that for the past generation hours, the more that they will cost significantly cheaper.

As to which manufacturer to choose, it’s hard to give advice. First thing you need to rely on something with which they are compatible. Apple Watch, of course, only work with an iPhone but my Gear, the situation will soon become easier. Until recently, they were also only compatible with Galaxy, but in a short time for S2 and S3 will be released update that allows you to connect the iPhone and different Android smartphones. 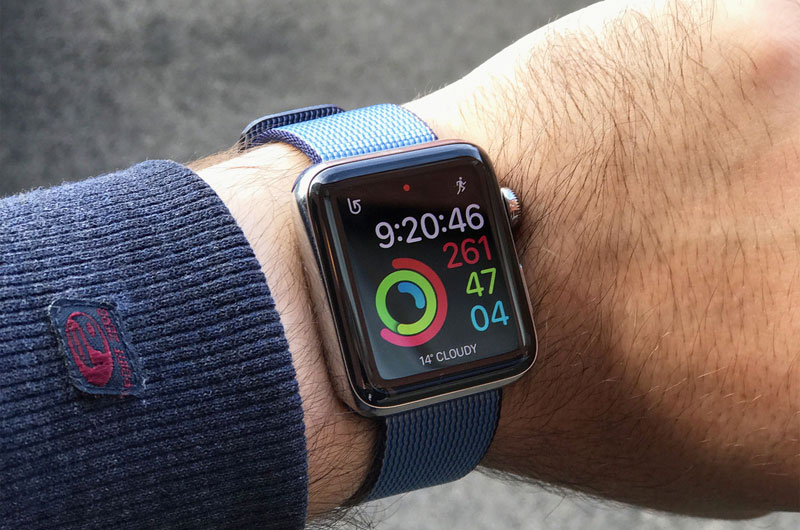 Apple Watch is still the best “smart” watch on the empty market. In spite of all attempts by Samsung to occupy this niche, still has a lot of detail, not allowing the company to even come close. Has developed its own interface and OS that made the original control method, I tried with the design, but this is still not enough.

In the end, we are constantly getting out some bugs, dancing with a tambourine when connecting, the lack of a normal clock settings from a smartphone and a host of other troubles that do not allow simply and comfortably use this device. Even the build quality leaves much to be desired, because, for example, rotating bezel there is a significant backlash. 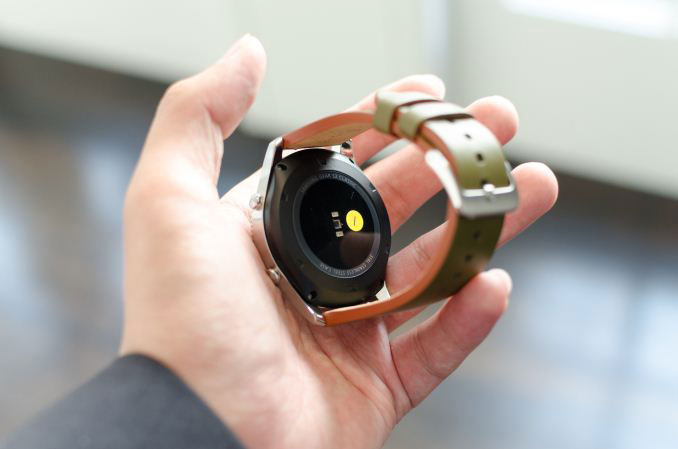 Have Apple everything just works, how to work iPhone, iPad and other devices. Here and integration into the Apple ecosystem (like unlock Mac hours), and convenient connection, and all settings are accessible from your phone — no need to RUB in small icons on the clock screen.

The other: without smart hours can be accommodated. After a couple of weeks, this expensive toy is transformed into an ordinary watch that can broadcast notification from your smartphone. Given the impressive price that starts from 25 000 Gear S3 and 34 000 for the Apple Watch Series 2, it’s definitely not fun for everyone. The past generation can be found from 16,000, and the Apple Watch — 18 000, which is quite expensive, but are more comparable to the current realities.