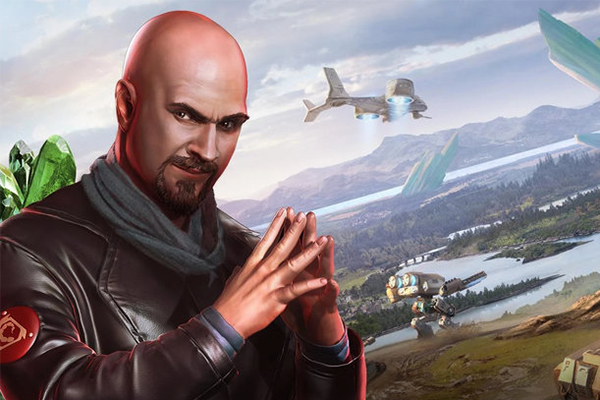 Elder Scrolls Blades is a RPG from the first person, in which the player is a member of an elite unit of “Blades”. The game has 3 main modes:

• The Town is the main mode in which the story develops.
• The Abyss — the infinite dungeon in which the player tries to survive as long as possible.
• The Arena ؅— battle with another player 1 on 1.

Elder Scrolls Blades stands out is the fact that it can play in vertical and horizontal mode.

The game will be released on Android and iOS in the fall, and later, in the best tradition of Elder Scrolls, its porting to other platforms, including VR.

Grown from the Red Alert franchise Command & Conquer at the time was one of the leading RTS, along with such legends as WarCraft and Age of Empires. When the scene sounded E3 title Command & Conquer: Rivals, hearts of millions of gamers shuddered in the hope of the continuation of the cult game.

Unfortunately, or fortunately, Command & Conquer: Rivals — not RTS. Fans of the genre will have to wait for WarCraft 4, or play StarCraft II, which recently received new life thanks to the Free to Play model and the cooperative mode.

What is Command & Conquer: Rivals? This question is difficult to answer from the official trailer, presented below, so the first thing we’ve published a video overview of the gameplay. The game is easiest to describe as a “tug of war”: players run troops that try to capture strategic points and get to the enemy base.

Rivals is what remains of the RTS, when the game adapted to the touch screen display without keyboard and mouse. It’s not the good old C&C control of each unit, but fans of the series should love new.

By the way, the genre of “tug of war” (for lack of a better name) there is great potential in mobile games, especially if you add the modes 2 on 2 and more.

Before you provide 5 Gears (the game series Gears of War), the team showed a trailer for “Gears Pop!”.

Although the game will take place in the universe of Gears of War, its characters replaced by the figures of the Funko Pop!. In the teaser we can assume that users will get co-op mode for three, or battle 3 on 3.