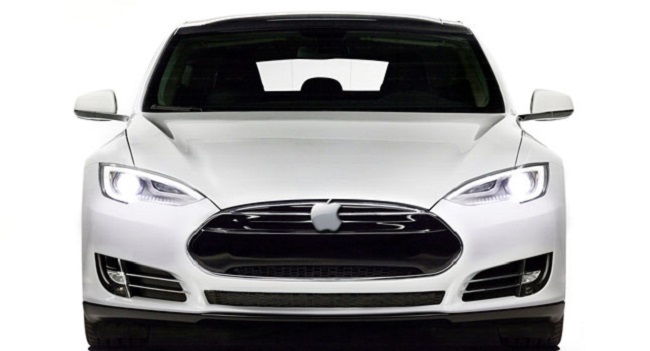 Rumors about a possible development by Apple’s own electric cars are slowly but surely continue to take more solid ground. However, according to analysts of the edition Fortune, Cupertino will be not under force to cope with the creation of the car. This is why Apple simply must absorb Tesla Motors, in order to take advantage of their experience in your project.

No matter how absurd it may seem to this forecast, but the “fruit” Corporation is quite able to take this step for several reasons. First, Apple Car, according to preliminary data will be released in 2019, should become the most revolutionary car of all time. Anyway to produce something mediocre company simply has no right. And the experience of Tesla in the field of manufacturing of batteries and the design of cars in General will be for the team Titan is very handy.

Secondly, the financial success of Apple, which recently described Tim cook, reach incredible heights, making very real, such a purchase. However, Tesla Motors is not a really expensive purchase (in scale, of course). But, of course, there can be no assurance that the Board of Directors of Tesla would approve such a controversial merger, however, this theory seems quite logical, if not obvious.

And, thirdly, another reason why Apple tries to buy a startup Elon musk, is competition. Perhaps the launch of Apple Car may be a few sluggish in the face of potentially revolutionary developments of the Tesla engineers. And, indeed, why fight when you can negotiate? And in particular, to make a mutually beneficial deal.

Will there be a merge in 2016, as want of Fortune, is still unknown. However, charisma Mask fits in ideologically structured scheme for the development of Apple. What do you think about this? Share your opinion in the comments.