In April 2018 code snippet GrayKey was in the network. Despite the fact that the code itself is not particularly useful, the company is not very happy. The person who arranged the leak, require them to pay 2 bitcoins, according to Motherboard. 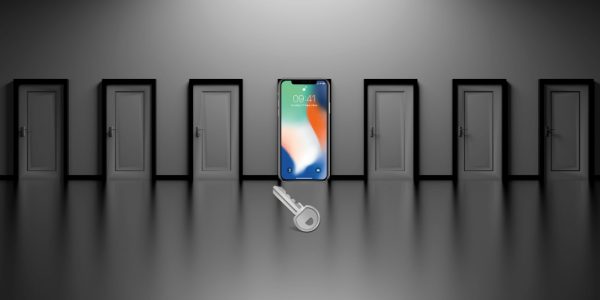 GrayKey is a small device that allows you to choose a passcode with virtually any iPhone in the short term.

The head of the company that created GrayKey, published a letter from ransomware:

This message is addressed to you and other people interested in the product GrayKey remained safe and were not available to the General public.

We “business group” that wants to draw your attention to the fact that we have extracted the source code of your product GrayKey and would appreciate a donation of over 2 bitcoins to the account * * * if you think that the security of this information is important.”

The site, which originally posted the message, deleted. But the Google cache remains part of it.

After some time, it was posted a second message in which the extortionists demanded to transfer “donation” of over 2 bitcoins (about 19,000 dollars) by Tuesday, April 24. Both letters contained different parts of the code GrayKey.

The company believes that the code was stolen due to errors in setting up the internal network on the website of one of its clients.

“Due to improper network configuration on the website of one of its clients, a part of the code GrayKey hit the Internet earlier this month.

During this time someone appealed to HTML/Javascript to update our interface. Important IP and the data was not protected, because in this period patients were tested. Since then, we have made changes to help the customers to prevent unauthorized access”, — commented on the incident by the developers.

Motherboard staff considered the leaked pieces of code and came to the conclusion that the program will not work without a password.

“To crack a complex alphanumeric code, you need to load the library user passwords. If the library is not found, GrayKey will not allow you to choose a password manually”, they say.

Required extortionists amount of 19 000 $ a little higher than the cost of a limited version GrayKey, allowing you to pick up 300 passcodes for the iPhone.