In October, the App Store was removed about 50 thousand applications In September, Apple warned developers about the impending cleaning. The company decided to remove the apps whose developers have long abandoned products. In October, the cleaning began, and I think work at Apple was done. According to the research of Sensor Tower was removed about 47 300 applications. It is 238 percent higher than in September. 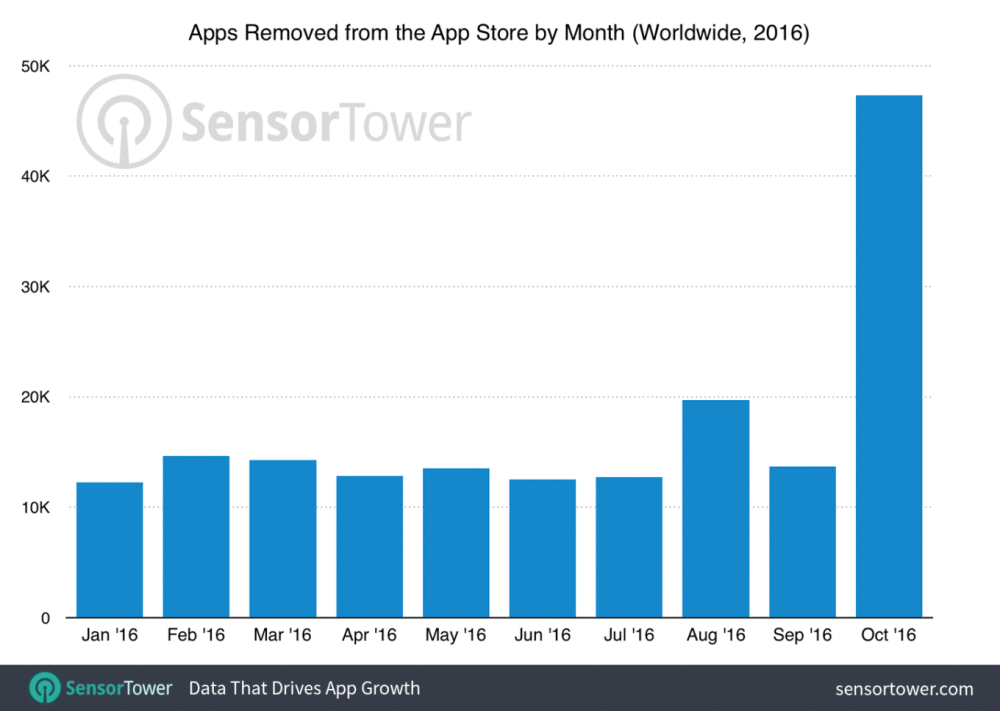 Of course, Apple had previously removed the app from the App Store that did not meet certain requirements. But what happened in October, really can be called cleaning, which is not over yet. According to the research company, 28 percent of all the remote apps I had on the game. But this does not mean that the App Store has less games. Weekly moderators App Store taking about 100 thousand applications, and there are about 2 million apps.

What removes Apple? This primarily applications that do not meet the requirements of the company. Under the cleaning got apps that are not updated to work with latest version of iOS. This is very useful because if the app have not been updated, no one can guarantee stable and correct work with the new version. You can also be frustrating to install an app that was created for the iPhone 3Gs and iOS 4. Since the interface and features of iOS had changed so much.