That, by and large, makes you not skip the shell, when you play another arkanoid? Fear that zero points and have to start again? Motivation, frankly, so-so – well is reset and is reset to zero at “Tetris”, there’s generally the whole gameplay is built on that, always have something to reset… But if those planes that you missed out, not without a trace would have gone and bombed the city you protect? That’s right, another conversation. 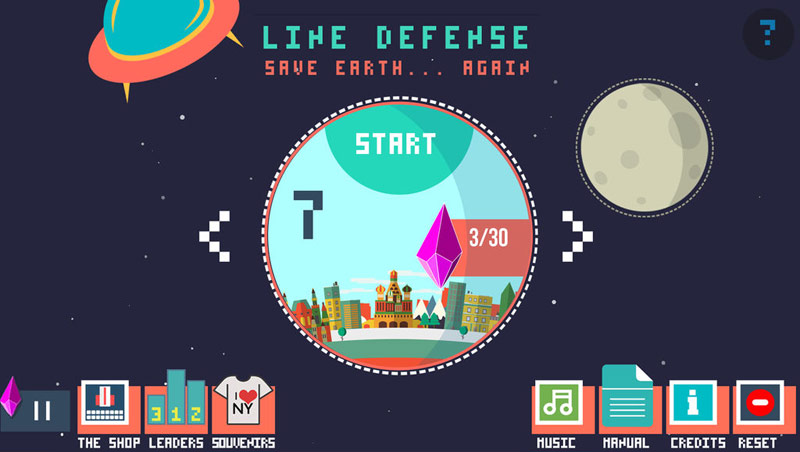 Line Defense takes a little from all: there are features of the classic arkanoid, Fruit Ninja and other projects. The thing is that the bottom of the screen lives peacefully, the city is not very clear what it is, but, apparently, European. He closed the missile with a shroud but if you start dust, it will not help. The brawl starts immediately from heaven, has been steadily falling missiles that you must shoot down. How is it done? It’s very simple – you swipe the swipe strip when the rocket comes to rest upon it, the projectile is eliminated. The subtlety is that the length of the bar is limited – it turns out the little band, frankly and more than one strip to pave not.

Experienced players in arkanoid now probably realized what was going on – Yes, speed (and number!) flying over the city sometimes causes missiles to capitulate and whisper lips printable: Yes are you crazy? Missiles fly together, three to five pieces, all of them should instantly otmachivat, and they have different speed and, roughly speaking, will not work to hang a protection, peacefully snoring – one shell will die, but removes the armor, freeing the way for others. 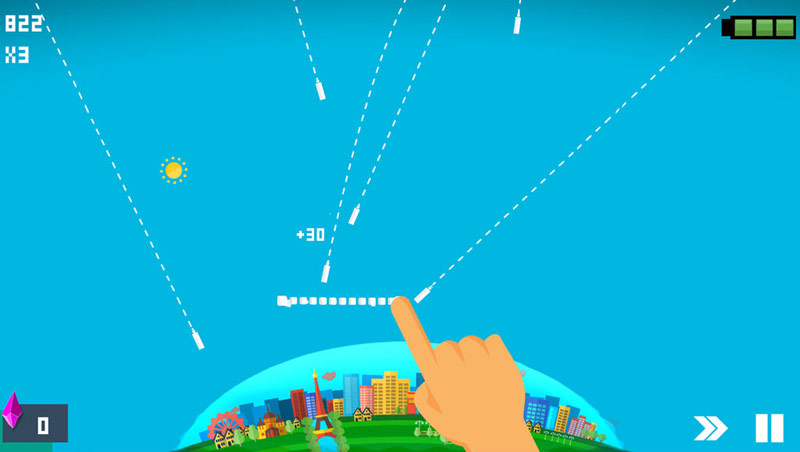 But that’s not all! When you neutralize approximately one hundred rockets, it will undertake a boss – some big, evil alien contraption. Attack the boss must not only discourage, but also to send to him – otherwise you will quickly lose. When the boss dies, the old town will be replaced by another, and the missiles will be added, for example, meteorites. Have fun. 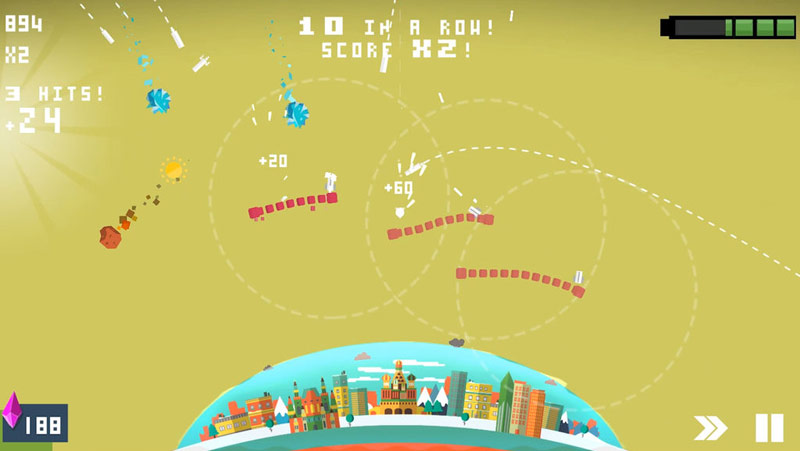 To simplify you the life, the developers have introduced a system of crystals is of such a local currency (and why the defense industry is protected countries you are not paying with dollars?). Five crystals, for example, you can increase the drop down powerups, and a 15 – extending protective strip. The more crystals you invest (and it is an investment), the more you will have leverage against fucking aliens. At a certain point you can even put a few bands – it’s great makes it easier. 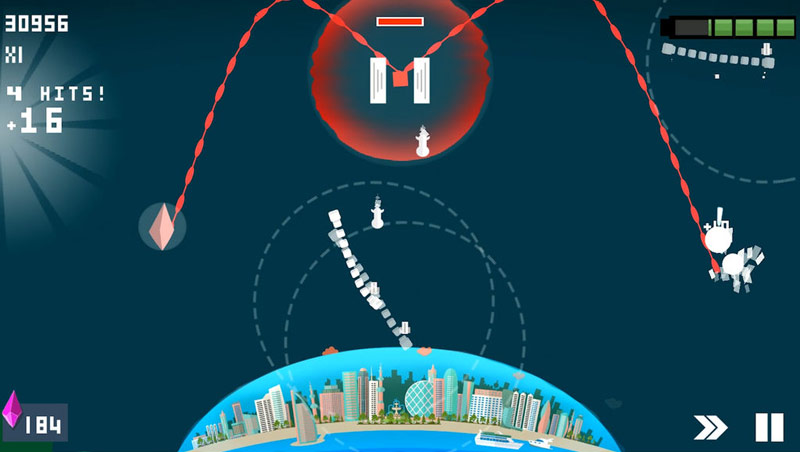 Crystals can be earned in a fair fight, or you can purchase for real money – we don’t want to roll his eyes Line Defense does not make to do this. Here it is – if you want to go far, go around a little blood, you can create: then you will be off the record (ha, I have five cities passed wimps!). But if you have no such ambitions, and it makes no sense to pay – why?

After all, the Defense Line is fun and there is nothing wrong, I always lose: the main thing is not to win, but gradual improvement in operating performance. Over time, the game will, of course, stuffed nauseam, but until that happens – several cities, you definitely will save, and a few aliens will receive their green God.