My iPhone started to limit peak performance. I had to change the battery

On Friday I was faced with the problem of slow performance on the iPhone. I immediately went to service center, so I replaced the battery and also check some of the myths that are found online. 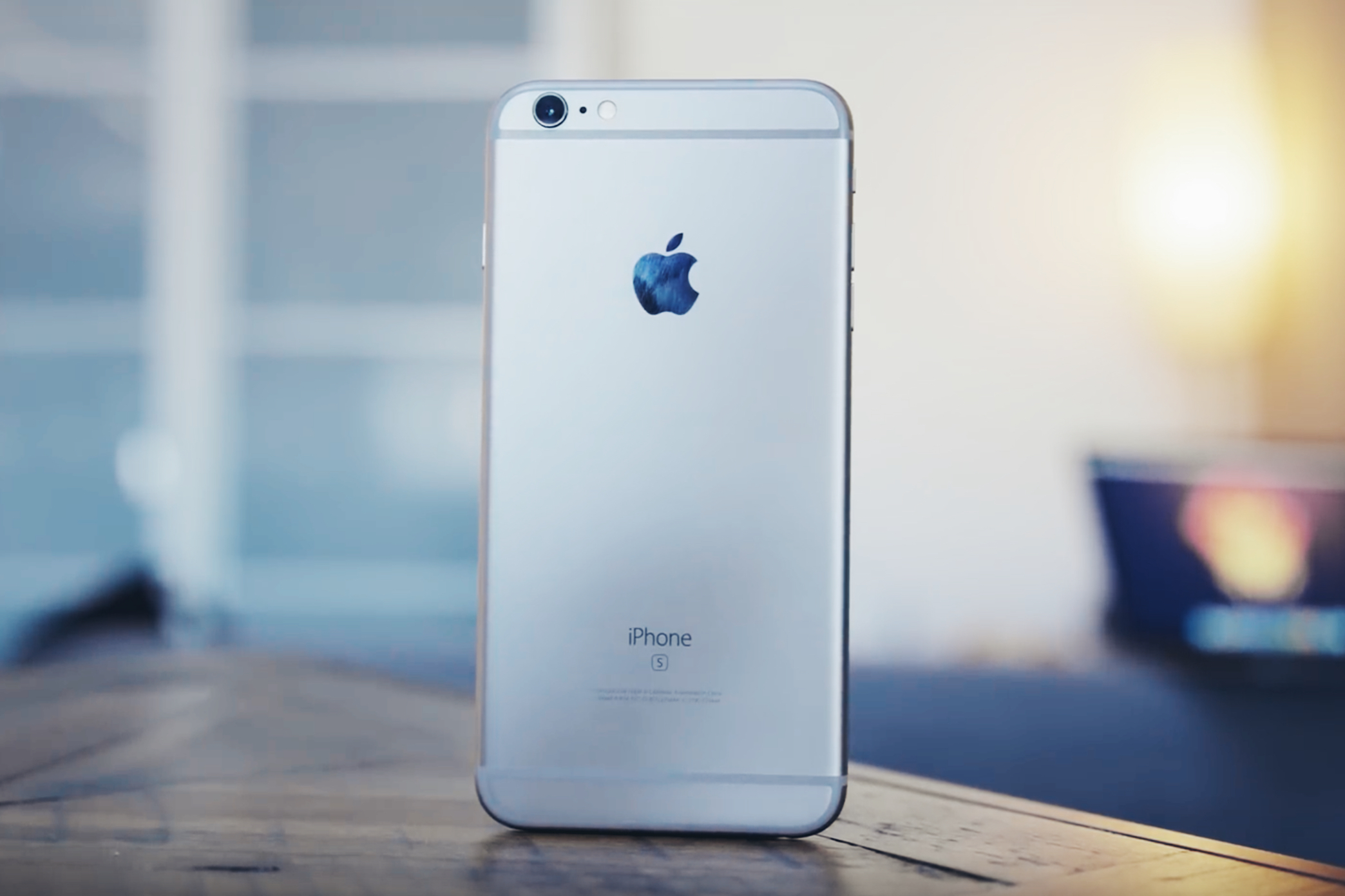 First, let’s talk about the smartphone in question. This iPhone 6s Plus, which is a little more than two years. Performance and capabilities of the device enough for me, but its autonomy has long ceased to arrange. The phone was dead for a few hours, so a portable charger has become an inherent part of my bag. Not to say that it was a critical, but sometimes weak autonomy I was very strained. I was going to replace the battery, but recent case made me contact the service center sooner than I had planned.

On 16 November, when the city came cold, I was walking down the street and talking on the phone. When the call is ended, the mobile was suddenly switched off. For me it really was a surprise, because this iPhone never turned off in the cold. 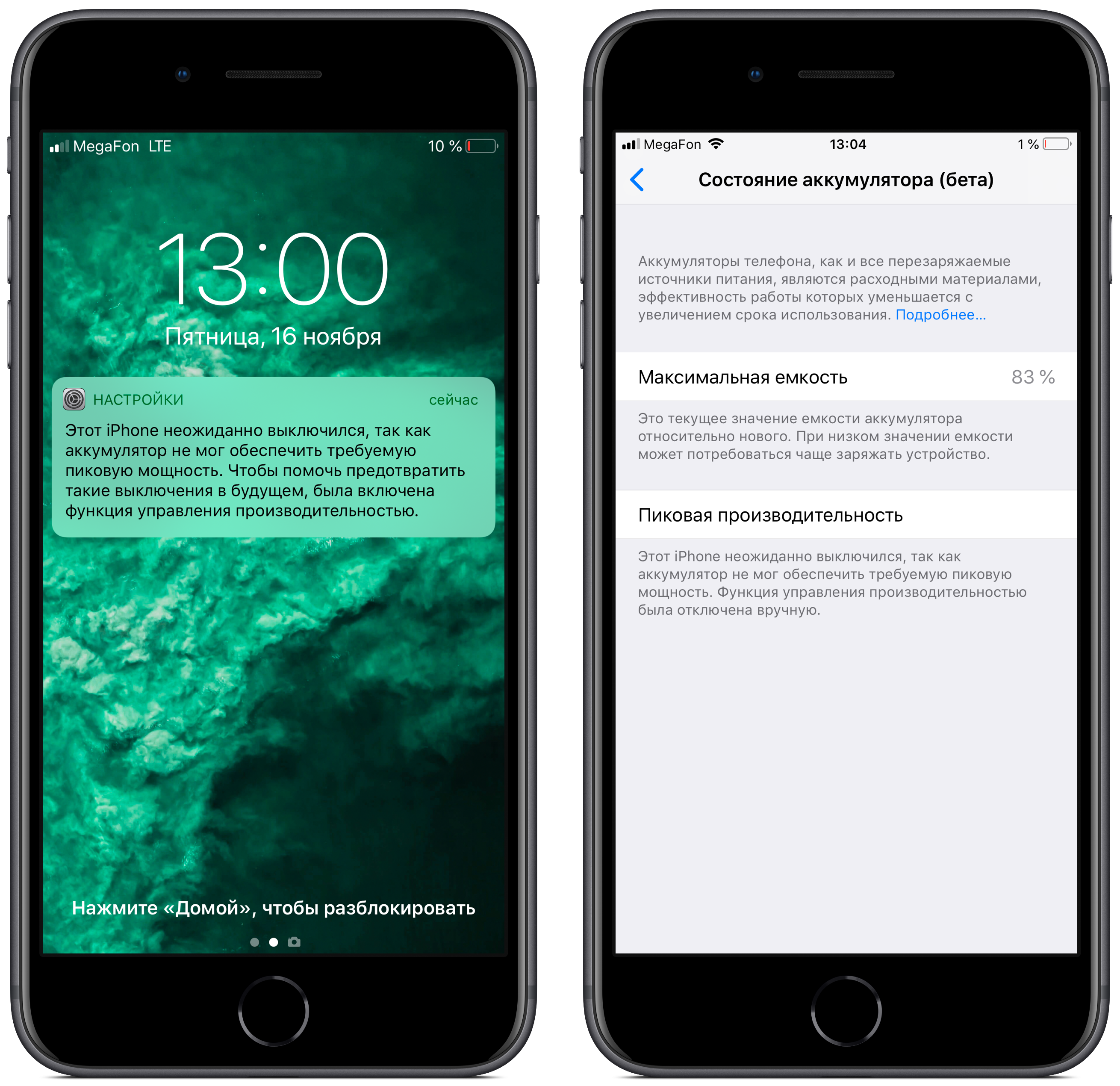 When I turned on the phone, there was a notice that said that was feature is enabled performance management. In other words, the battery time to change. I have not noticed major changes in performance, but turned off this feature in settings.

For two years I was charging my iPhone more than 1,100 times. In the phone settings it said that battery wear was 17%. I don’t trust programs that determine battery wear. But the Internet is often recommended to use the utility coconutBattery. According to this program, the battery of my phone has lost 52% in capacity. 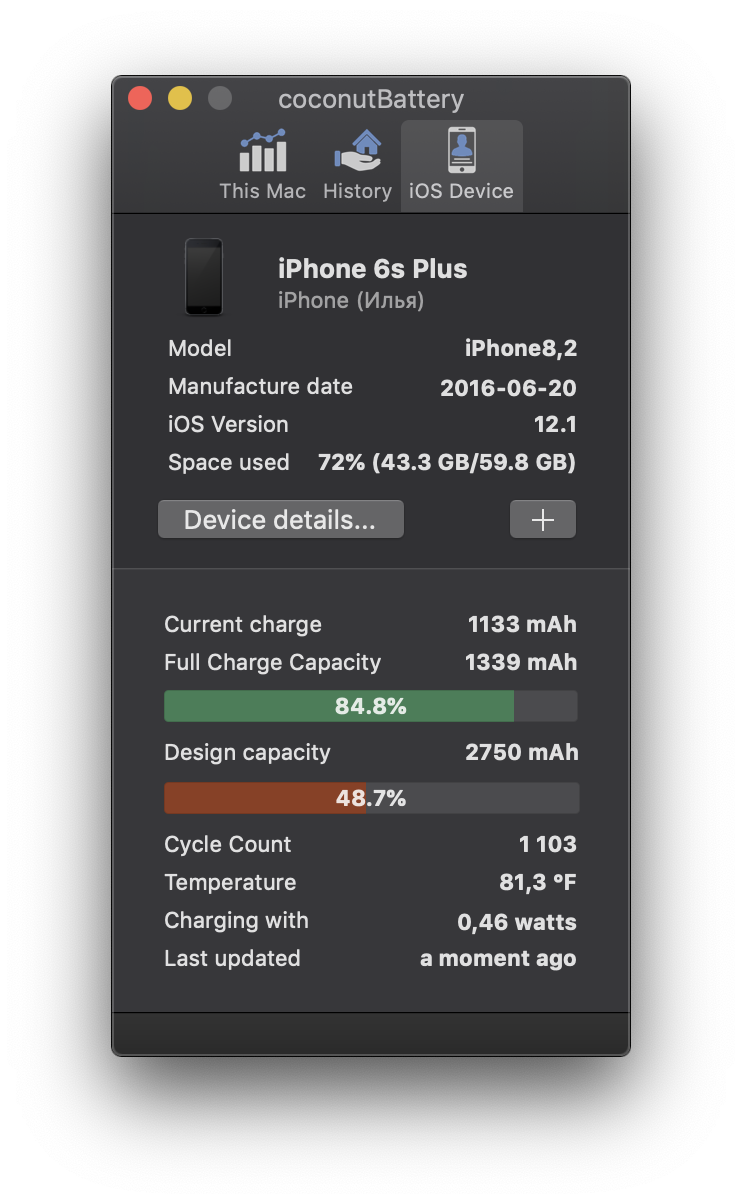 I advise everyone to apply only to authorized service centers because they use original components. After all we are talking about the device which we use every day, so the quality of repair is a serious issue.

In my case it was a service center “M. Time” in Rostov-on-don. Spare part was available, so I changed the battery in two hours. However, for this service I paid 1000 rubles. Otherwise, the repair time would be up to two days. If I hadn’t pulled the battery changed for free because the warranty was until Sep 2018.

But I managed to replace the battery with a discount, which Apple has imposed on the entire 2018. This happened after the company was accused of deliberately limiting the peak frequency of the processor. Prices at authorized service centers may vary. In “M. Time” battery replacement on iPhone 6 Plus is worth 1900 rubles.

Before taking the phone, the battery is checked using the diagnostic tools the Apple. It was found that the wear really is 17%, while all other programs show wrong figures. The wear of 17% does not mean that the battery life has decreased by 17%. To understand how much will change the battery life, the battery wear should be multiplied by two. In my case, when you wear 17%, working time is reduced by 34%.

Other problems the phone had, so I signed the contract, and the device carried. Two hours later I got the phone with new original battery.

Anyone who is thinking about replacing the battery on the phone can say one thing — hurry up. The campaign will last until the end of 2018, then the price will rise by a few thousand.