Samsung has launched in Russia trade-in program: turn in your iPhone and get a discount on Galaxy S7

Samsung has launched in Russia program, under which the owners of smartphones Apple will be able to exchange iPhone on the flagship solutions of South Korean brand with a surcharge. The promotion runs until 31 may 2016 inclusive. 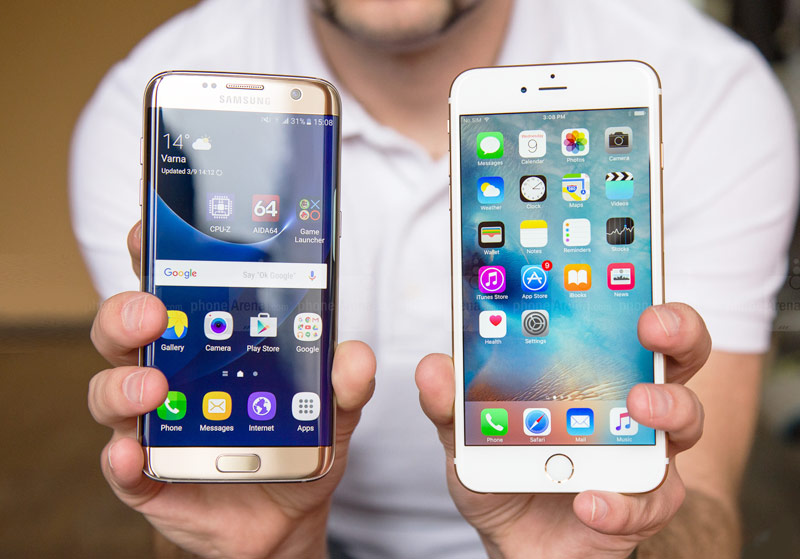 Samsung has launched on the territory of Russia share trade-in, reads the statement of the press service of the South Korean company. Tellingly, for exchange be accepted not only smartphones own production company, but also Apple devices.

However, the exchange program will not affect all models. So, throughout may, the owners of smartphones can, passing your iPhone 5s, iPhone 6 and iPhone 6 Plus, receive a discount of up to 20 000 rubles for new models Samsung Galaxy A3, A5, A7, and flagship smartphones of Samsung Galaxy S7 and S7 Edge. The program involves also Galaxy A3 (2015), Galaxy A5 (2015), Galaxy A7 (2015) and Galaxy S5. 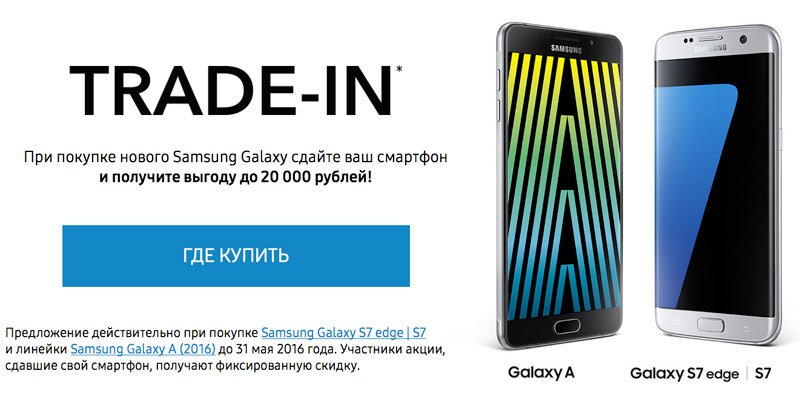 A similar share of Samsung has already spent in the past year, but only in Moscow and St. Petersburg. Then the buyers were likewise proposed to be exchanged for the latest models of smart phones of the previous generation, and also Apple devices. The maximum discount was 15 000 rubles. According to the company, the event was a success among buyers. Then every fifth new Samsung smartphone has been bought at the trade-in program.

Such initiatives are part of a strategy of Koreans to preserve and increase the share in the mobile market on the backdrop of strong competition and falling sales. According to rumors, Samsung will try to obtain this year head start over Apple by releasing Galaxy Note 6 for a few weeks before the official announcement of the iPhone 7. 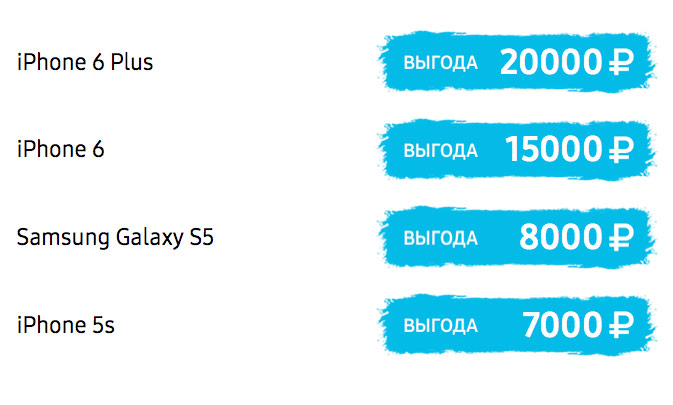 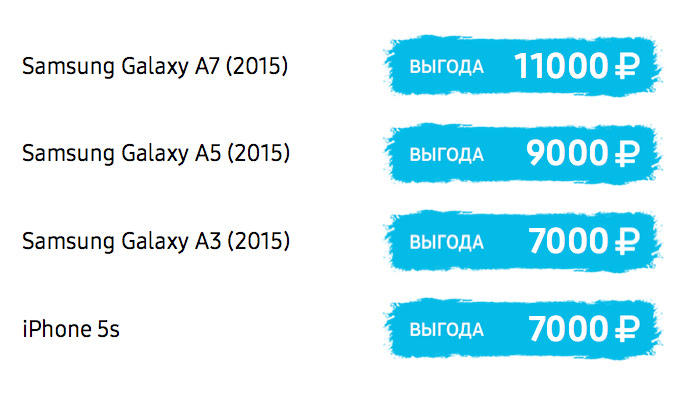 Last year Samsung spent marketing the Ultimate Test Drive campaign, in which iPhone owners for $1 was offered to try out the Galaxy S6, Galaxy Note 5 or Galaxy S6 edge. Anyone who after testing was agreed to pass on the Galaxy received $100 to buy games, music and apps in Google Play. Another $100 was received from Samsung for the users who agreed to donate their iPhone on the trade-in program.

According to representatives of Samsung, Ultimate Test Drive “great demand” for iPhone users. “The interest was incredible,” said Vice President of Samsung’s marketing Elizabeth Solomon, noting that the company ended all promotion of the device literally in a matter of hours.