The American has taught the parrot to call up Siri [video]

Wavy two-year Kiwi parrot have learned to communicate with the voice assistant Siri. Video of the contact with the artificial intelligence under the name American zakooldude released on YouTube. 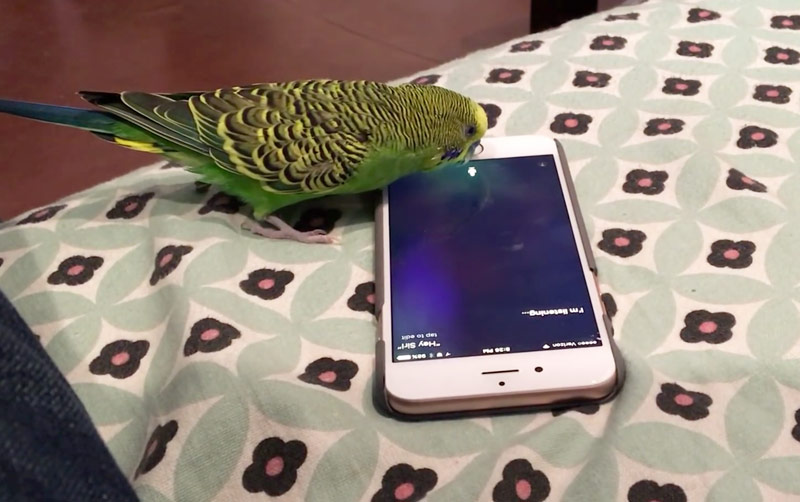 In the video the parrot first spoke in English, “my name is Kiwi, I’m a parrot!”, and after saying, “Hey, Siri”. At these words, the smartphone responds: “I’m listening.” After that, the bird is taken to study with interest the iPhone screen.

The author of the video said that didn’t apply much effort to teach Kiwi to call assistant: the one will easily remember all these words, listening to his master. By the way, the ringtone of the smartphone he is also remembered and learned to imitate. “First we heard he just endlessly repeats: “Hey, Siri!””, — told zakooldude.

The owner of the parrot was recorded on video, as the Kiwi managed to activate Siri. However, to make requests to the voice assistant of a bird not yet learned.