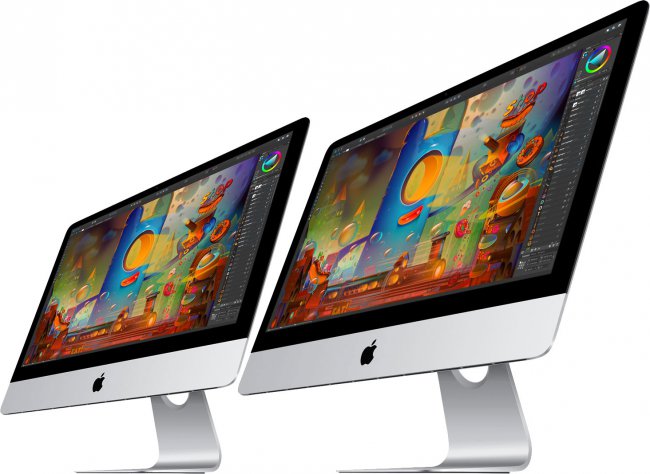 It is well known that Macs are popular among artists, graphic designers and other workers of art. However, this popularity rests not only on a proven brand, and in Cupertino to forget to delight professionals and exciting opportunities. This time change applies directly to images, correcting one of the shortcomings of OS X.

According to German Heise themed edition, new 4K and 5K iMac running OS X El Capitan supports the image color depth to 10 bits. This information to the journalists confirmed by Apple itself. Thanks to improved computer monitors can display much more shades — more than a billion instead of the current 16.7 million. Recall that the new iMac is positioned by the manufacturer as equipped with much improved displays, in particular, the claimed scope of the space DCI-P3, significantly expanding the color range compared to traditional sRGB. 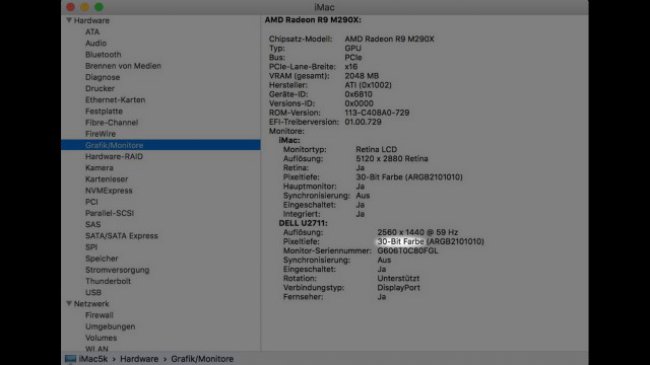 To fully appreciate the advantages of new items, easier to just use the image-gradient of gray color. Computers with its support, will display the image without the usual capacity for 8 and less bit monitors “irregularities”. In initial testing conducted by the editors at connected via Thunderbolt monitor Dell, the system has shown itself perfectly. Of course, innovation requires revision applications: so far it works only in standard programs the Photo and View, and the modernization of others starts after the release of new APIs and changes in documentation for developers.

Skeptics, perhaps, will not fail to recall that Microsoft introduced support for 10-bit color depth (with appropriate equipment) even in Windows 7, but do not forget — we are talking about completely different systems, the device which is often significantly different, even in minor details. Ignore the idea just because of the fact that it is already implemented in another product, it would be at least strange, and the category of users who regularly criticizes the “secondary” innovations, usually dissatisfied with their absence. But most importantly, the adherents of this or that OS is rarely interested in the success of competitors, and where a function appeared earlier, is unlikely to be a serious reason to change platforms. In the end, the first doesn’t always mean best.