Unlimited Internet from MTS, Beeline and MegaFon: as operators are cheating the users

Mobile operators today are not “runs” just lazy. The authorities are tightening the laws and social activists are counting violations and accused the representatives of “big four” in bad faith and consumer fraud. Organization “Public consumer initiative” has updated its own list of the mobile operators. 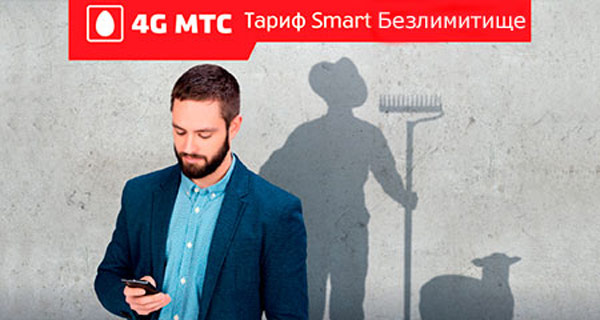 This time on the deception of consumers by advertising untrue caught “MTS”, “Beeline” and “MegaFon”. For example, MTS with television advertising rate Bezlimita” led people astray by using the hidden constraints.

Large print MTS specifies a fee only for the first month and in a certain period of the connection. In fact, the user pays the Deposit for 30 days forward, restricted fare usage in file-sharing networks and modems. The key clause made the small print and demonstrates just a few seconds, which obviously makes it impossible for their perception.

Offer unlimited Internet in Russia from “Beeline” is also not actually unlimited Internet in Russia, because those are ograniczeniami region, by the use of SIM cards in the devices non-phone/smartphone (routers, modems, tablets), on the distribution of nutrients. In some cases (advertising design with interchangeable stories, significant for consumers information cannot be read. 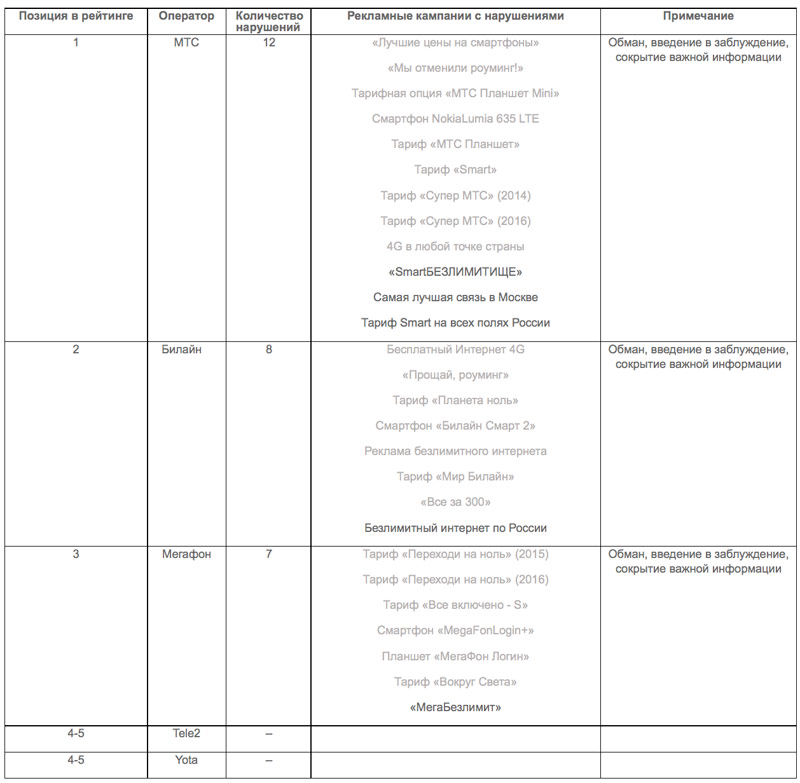 “MegaFon” also failed to offer truly unlimited Internet and hidden from the users important information. The is operator the fine print warns that there are limits on areas and devices. This can be seen if for the consumer in order to watch TV from a distance of 30 cm and during commercials to read extremely small font. While the options are and just hidden from viewers condition – restricted use torrent resources.

It is worth noting that soon “the dishonesty of MTS in the field of communication services may cease to disturb the public. Head of campaigns, yesterday, in an interview with “Vedomosti” said that the operator may cease to provide telecommunications services. This trend is already evident in the development of the company in the future MTS could quit Telecom.