Why iPhone is a new revolution in film. How to remove a movie to your smartphone

Movie is one of the most impressive and inaccessible forms of art. Brilliant novel you can write in poverty, the picture is only spent on paint and canvas. But even short cost tens of thousands of dollars. Tell why the iPhone is the new salvation of cinema. 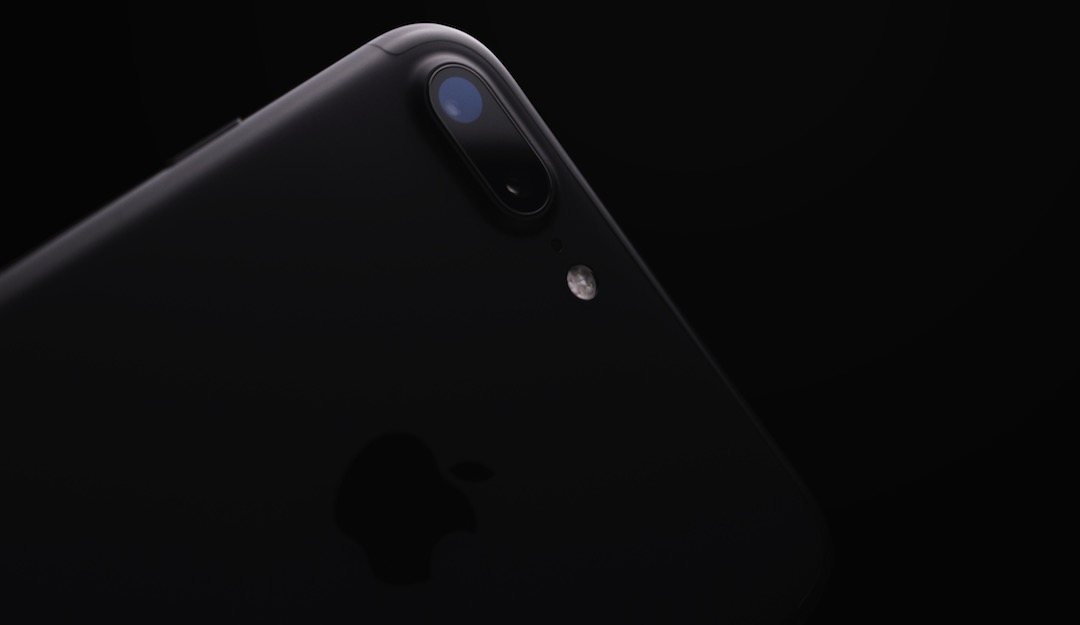 The most important value of the iPhone is its prevalence. If you are reading this, you’ve most likely already there. This is an obvious, but very important understanding.

Camera — based motion picture process. For comparison, Quentin Tarantino in the early years, worked for several years in the video rental store, save money on rent 16 mm film cameras. The equipment always was on the path to entry in the industry. Now the obstacle has been removed: any modern iPhone takes fairly accurately. 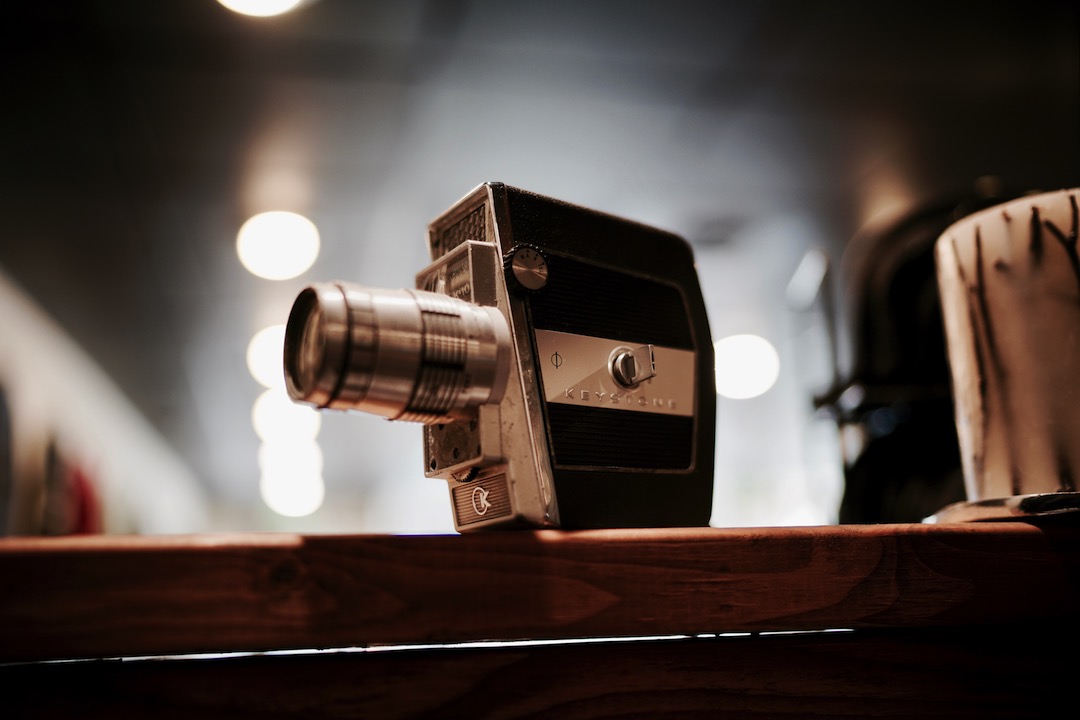 And this is no exaggeration. Despite the tiny sensor, the current iPhone write a high-quality 4K video: professional recorder/camera with the same capabilities will have to pay a substantial amount of money. The only definite danger of poor lighting. iPhone dramatically reduces the quality of the recording and dark scenes will have to work very carefully.

So what do you need for a movie? Divide the process into understandable components. “Shopping list” for each stage will be adequate.

The tape starts with the script. Write it also on your smartphone. Professional applications are already ported. Should pay attention to two: Mobile Final Draft and Scrivener. The first program is a highly specialized solution for writers, the second — the ultimate product for writing. 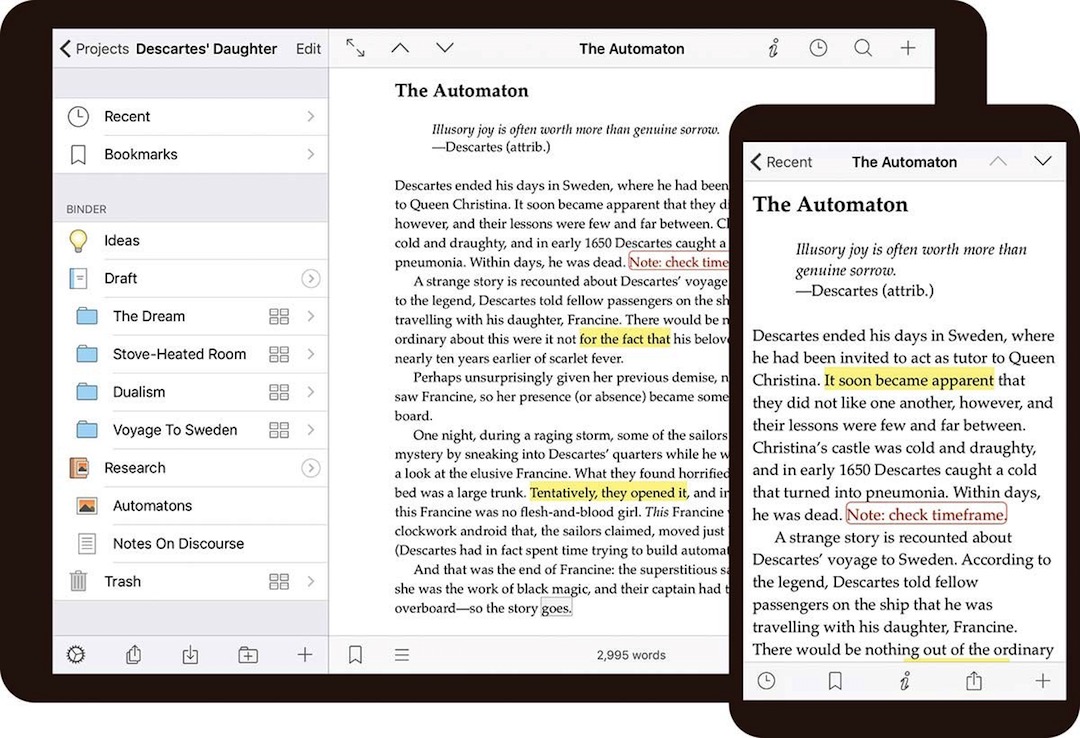 You need to choose from their needs. But if the first work does not involve a large number of characters, locations and processes for the underlying recordset is enough for the standard “Notes”. Most importantly, do not rely on the fiction — the more you plan beforehand, the more you will be able to translate.

For the preparatory phase begins immediate work. For the organization of the shooting process there are many approaches: from the ascetic to the highest professional. In the first case, you can literally pick up the phone and go on shooting.

Don’t think so do only ignoramuses and clumsy: recently directed the hit Comedy “Crazy rich Asians” by John Chu shot a short film using only the iPhone. Yes, a two-minute tape is not impressive innovation, but we must consider the lack of additions: Chu had no stabilizer, no post-processing pictures.

So limit yourself, of course, is only for creative purposes. For basic amenities need a little: handheld stabilizer, extra lenses and MIC (if you do plan scenes with live sound).

On the part of the gimbal hardware, it’s simple: you can choose between DJI Osmo Mobile 2 and many models of the firm Zhiyun. Then remain to practice careful, springy gait, and smoothness of the picture will be provided.

Additional lenses on the iPhone — not the same as in the conventional cameras. Native optics of the smartphone will not replace, but empower you. For example, a useful kit lens from the company Moment. Ultra-wide will give a larger field of vision for creative shots, telescopic — more concise and focused image with a hint of background blur. 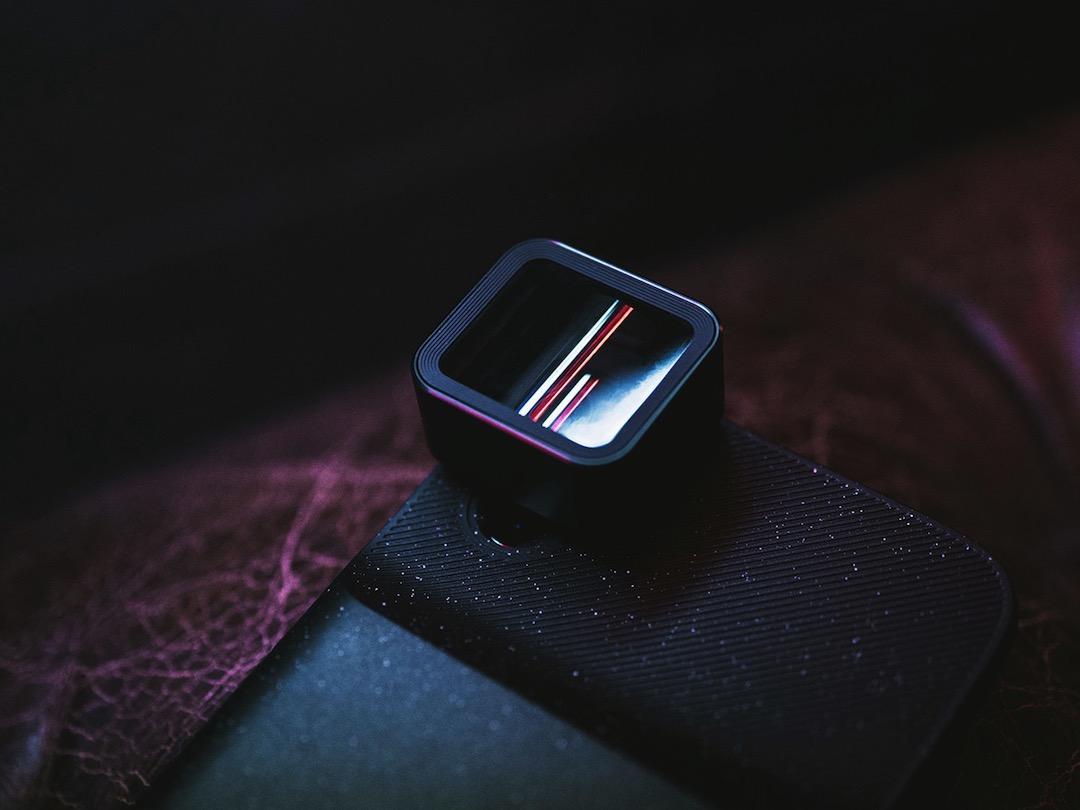 Best buy will be anamorphic glass: this lens will allow you to shoot in the proportions inherent in a real movie. Another feature of the anamorphic lens — specific activity of glare. It’s like they are compressed and stretched. It adds to the picture’s atmosphere and professionalism.

On the list of equipment survey is not exhaustive. If you cover up your iPhone accessories, but keep a record of regular applications “Camera” — a significant difference will not be. 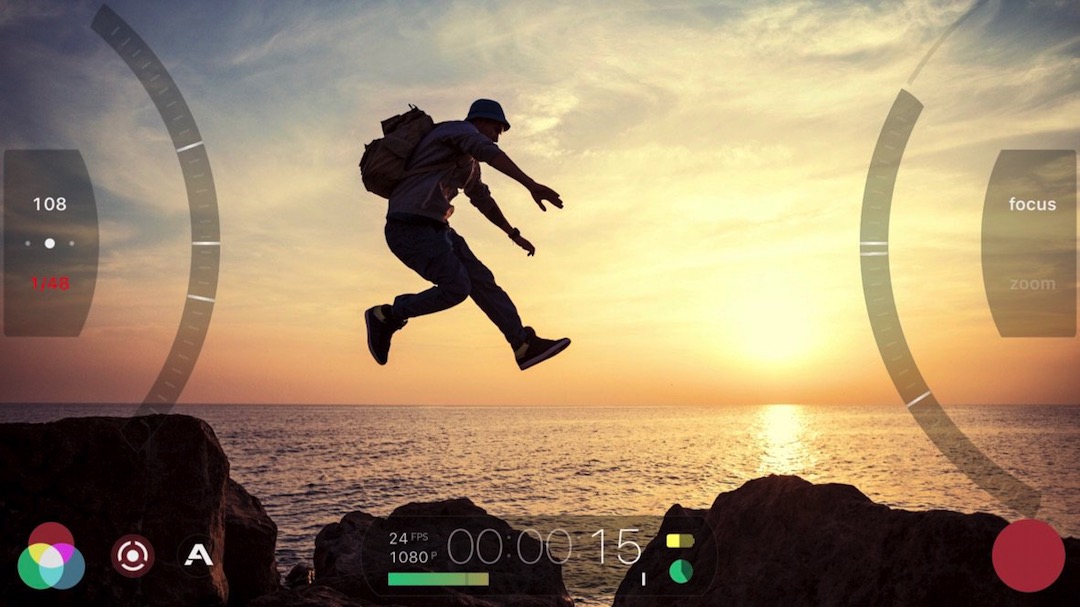 A mandatory component of the mobile Studio, is the app Filmic Pro. It is very convenient: there are modified controls, supports recording with adjustable speed, in different proportions and settings. Filmic Pro is even able to mimic the LOG format is a “flat” image, which is easier to apply the color filters.

Quite well with these tasks copes app Luma Fusion: there is supported as edit multiple audio/video tracks and applying effects, creating titles and advanced management materials.

In addition, the program can export your work in XML template available for further work in desktop editors: Final Cut X, Premiere Pro. 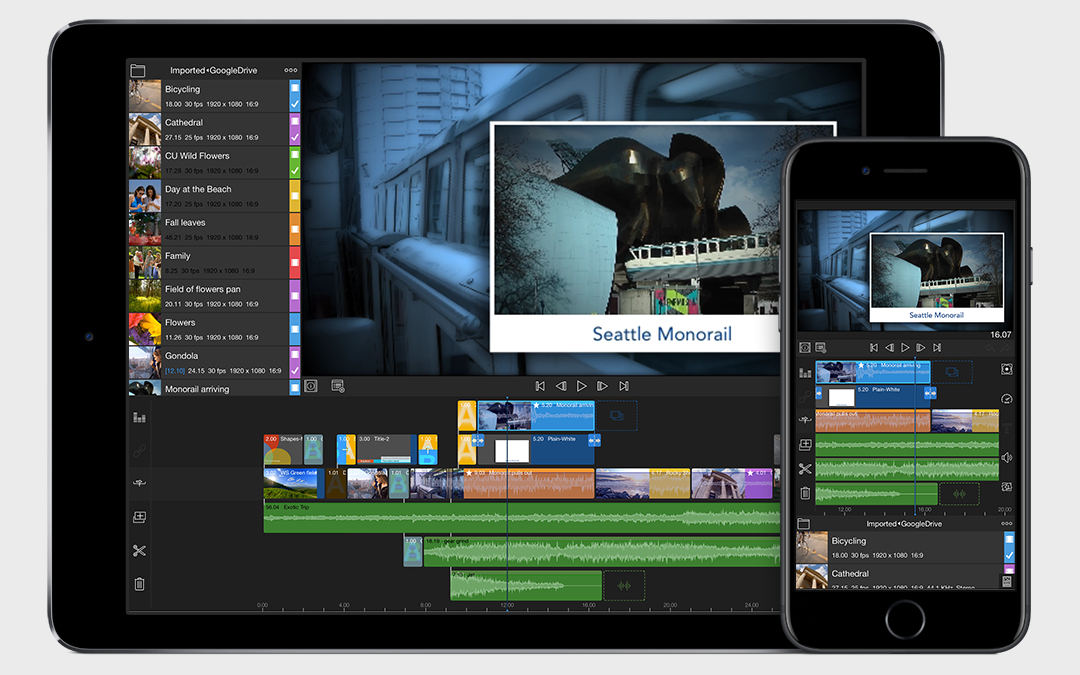 Best Luma Fusion looks on an iPad Pro — a huge screen and, ideally, the presence of Apple Pencil allow really convenient to handle material. Complete freedom and customization of mobile software, of course, still does not. But we need to look at the situation a little bit more. A few years ago such an abundance of tools seemed like a dream.

Now frankly better. Even the giant of the software world, Adobe, has drawn attention to the field of iphoneography. Now the company is working on an experimental video editor Project Rush. It will be cross platform and will allow to unify the editing between mobile and desktop devices. The release is scheduled for 2019, but even the beta version looks promising.

Of course, it is impossible to spend a couple hundred dollars on a stabilizer and the lens, and to output a masterpiece of the world. The film is very complex, the processes you need to master. The above describes the most basic elements. They need to Supplement training materials.

Salvation novice iphoneography — YouTube the c channel simple name iPhoneographers. The author is experimenting with video on the iPhone for several years. He removes his bright shorts and tons of educational material. How to move with the stabilizer how to handle and what to use settings — useful very much.

Less obvious recommendation channel canadian blogger Peter McKinnon. He is a professional photographer and videographer. Smartphone in the hands of Peter is infrequent, but he teaches other techniques: basic movements with a camera, professional handling, and creative work with sound.

Finally, well help you shared nasmotrennost. Absorb as much quality keen, keep an eye to cinematography and directing techniques favorite stories. Read relevant books: “How to work on a screenplay in southern California,” David Howard, “How to make movies” by Sidney Lumet and other non-fiction from people in the industry.

Why is it important

First, be creative simply interested in shooting videos on the iPhone is incredibly exciting. Secondly, the smartphone will be much more useful: the questions “why buy such expensive” will go by the wayside.

Finally, a real chance to realize a dream, and gradually to master an entirely new direction. Learning to work in extremely limited conditions (and iPhone still shy when shooting), professional equipment can only remove restrictions.

For inspiration you can refer to recognized masters. For example, the author of “11 friends of Oushena” Steven Soderbergh made a film “Not yourself” on the iPhone 7. Director Sean Baker in 2015 filmed on the iPhone 5s crime drama “Mandarin” — and this breakthrough has secured a ticket to Hollywood. Finally, even the Creator of “Guardians” Zack Snyder as a sabbatical recently released short film “Snow, Steam, Iron the”created using iPhone.

Eminent Directors are no longer afraid to work with mobile technologies — this fear must be addressed and novices.