Appeared on the market the tablet under the brand name “iPad”, but Apple are unlikely to ban it

Apple has always jealously defended their copyright on certain designs or brands and usually gets her way. Even in China, where justice often took the side of local producers, the American computer electronics giant has repeatedly achieved success. 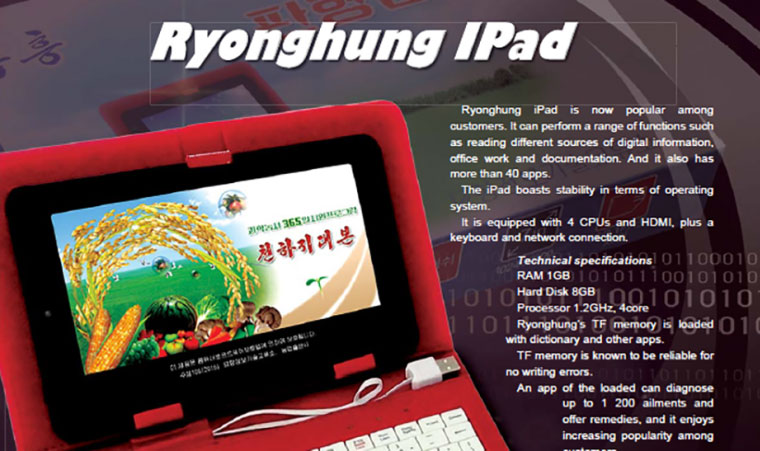 However, it is unlikely at this time, the iPhone maker takes action against those who had launched the tablet under the Apple brand. The fact that the company Myohyang IT Company that created the device Ryonghung iPad, is in North Korea.

The device in question can perform a number of functions, including be used to view various sources of information, office and other documentation. “And it has more than 40 apps,” reads the advertising device. Among the apps on your tablet is the encyclopedia on health, calculator, and medical service “Good Doctor 3.0”.

What exactly does the word Ryonghung – the name of the manufacturer or specific places where was developed the “iPad” – is not known. One would assume that the phrase “Ryonghung iPad” mean “analogue iPad from the company Ryonghung”, but the tablet is called the including as just “iPad”. The brochure also mentions the name of another company – Myohyang. 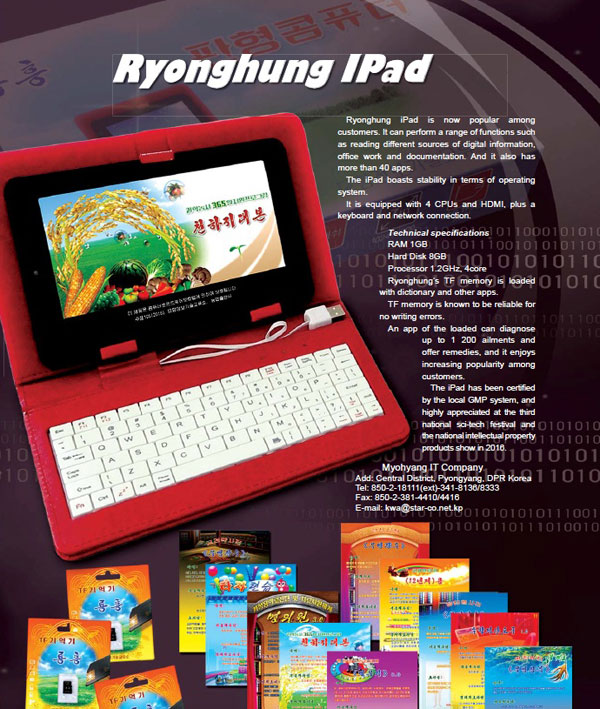 In 2013, North Korea released the first tablet under the brand name Ryonghung. He had a lower technical characteristics. Model Ryonghung iPad includes an 8-inch screen, 4-core processor with a clock frequency of 1.2 GHz, 1 GB RAM, 8 GB flash, HDMI cable and comes with a keyboard. Built-in rechargeable battery provides up to 6 hours of battery life.

The North Korean iPad has some kind of network adapter, but no accurate data. In any case, the inhabitants of the country do not have accessible to the global Internet.

Apple has not yet commented on the appearance of the Ryonghung iPad.