Among banks, whose clients are available payment service Apple Pay with Visa, joined Raiffeisenbank. The corresponding message on Tuesday issued a financial institution. 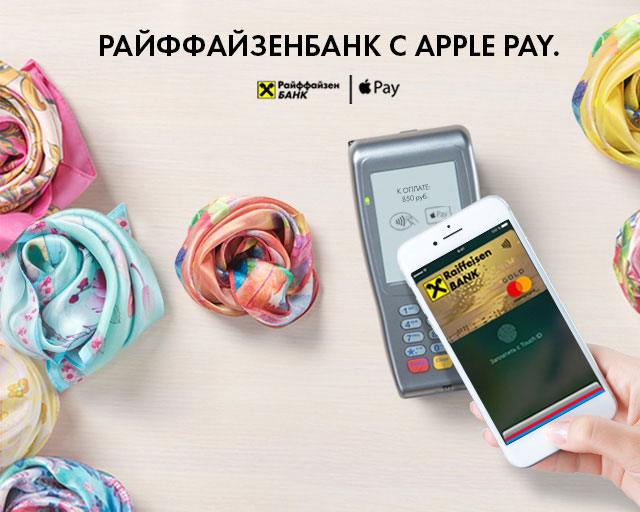 First payments through Apple Pay become available to Visa cardholders in mid-November. Be the first to use the payment service to managed clients “Alfa-Bank” and “Tinkoff Bank”. Today to use Apple Pay can also, Visa cardholders Raiffeisenbank. According to reports, to Visa in 2015 accounted for 44.7% of all issued in Russia, payment cards, MasterCard – 49,4%.

To pay using Apple Pay in stores with iPhone SE iPhone 6 and more new models and Apple Watch. In apps and on web sites, Apple Pay allows you to make purchases with the touch of a finger on Touch ID. When making purchases in the app or in Safari, Apple Pay works on iPhone 6 and newer models, iPad Pro, iPad Air 2, iPad mini 3 and more new models. You can also use Apple Pay in Safari on any Mac older than 2012 release installed on the computer system macOS Sierra. 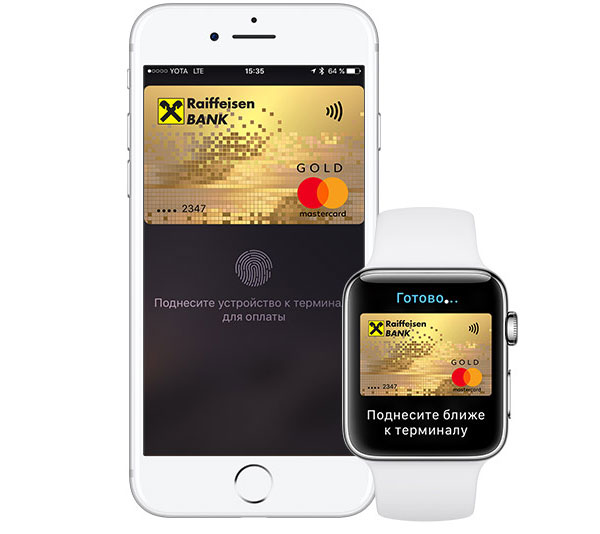 As noted in Raiffeisenbank, when you add a credit or debit card to Apple Pay, the actual card numbers are not stored on the device nor on Apple servers. Instead, it is assigned a unique number, device account, which is encrypted and securely stored in the chip’s Secure element on the device. Each transaction is authenticated through a unique one-time secret code that is dynamically generated.

Apple Pay works in Russia from October 4, 2016. The first step is to use Apple Pay could only holders of MasterCard — first savings Bank, as of 1 November about the launch of Apple Pay also MasterCard have announced a number of major banks and companies (in particular, VTB 24, Alfa-Bank, OTKRITIE Bank, group of Bank, Tinkoff Bank, Raiffeisenbank, Bank “Saint Petersburg”, MTS Bank and the respective mobile operator, “Yandex.Money”, the financial marketplace Ubank).

Raiffeisenbank emphasize that when using Apple Pay holders of credit and debit cards continue to gain all the benefits and bonuses from their use.