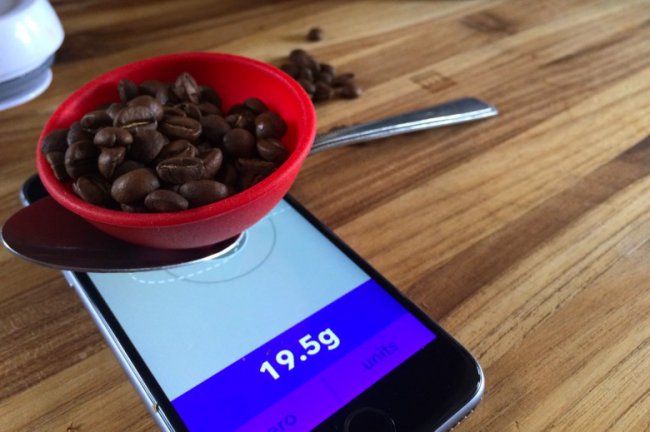 Perhaps the most remarkable feature is the iPhone 6s 3D Touch technology distinguishes between touching the screen and pressing hard. Inventive developers immediately took advantage of this decision to try to turn the smartphone into a miniature electronic scales. But there it was.

Developer Ryan Maclean created an app called Gravity that lets users know the weight of the items, just putting them on the screen. In the video below, you can see that the accuracy of the application confirmed using traditional weights.

However, very soon the application was withdrawn from the App Store, and as an explanation for this decision, Apple simply notes that “the concept of application-weights unacceptable for App Store”.

In his blog on Medium the developer speculates on possible reasons why such applications will not be able to reach users. He suggested that Apple fears that the iPhone 6s can damage the device, putting it on the screen is too large objects, or is afraid that this functionality can be used for weighing drugs.

However, there is another possible reason that the application scales respond from the App Store. It is not excluded that Apple simply does not want to be in her store attended programs that work only on one particular version of the device. By the way, in addition to Gravity was previously announced a similar app called Plum-O-Meter allowing you to weigh the plums, and also not reaching the App Store.