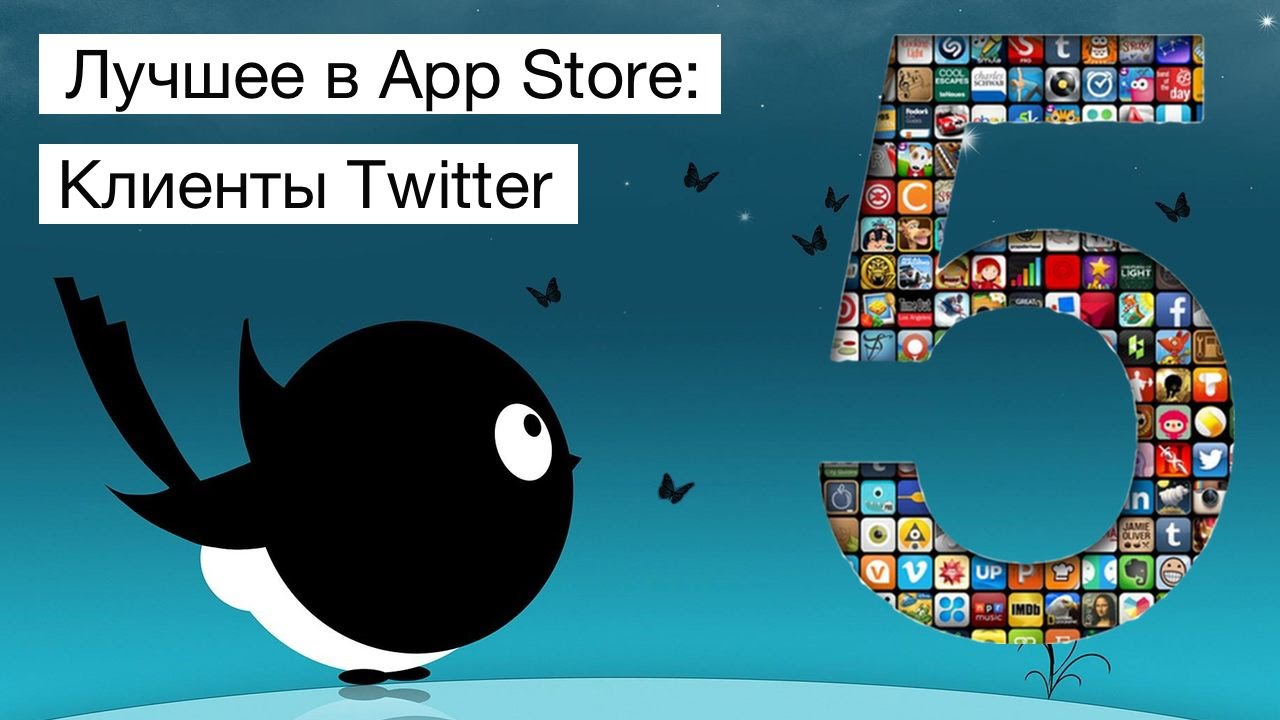 We continue to tell you about the best apps from the App Store, we choose to perform a variety of tasks. And today, we share with you information about five best apps that will make using Twitter on your iPhone or iPad more convenient.

Of course, it’s not all programs in this category that deserve attention. Therefore, we encourage you to tell us about what applications you use. But if you are interested in the products, about which we spoke today, below we offer links to applications:

Although advanced users often prefer third-party solutions, the official Twitter client still has its advantages. The first and perhaps most importantly — the application is free. The second native export content from iOS is available only for official apps. And third, the convenient display of a thread of correspondence in the ribbon. 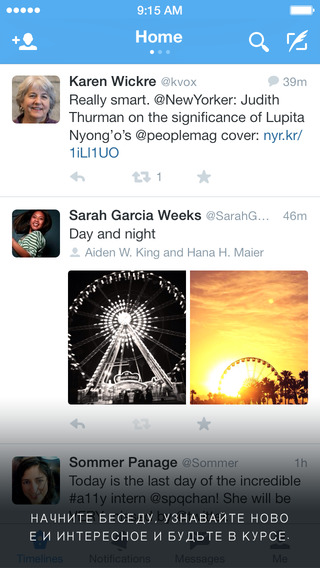 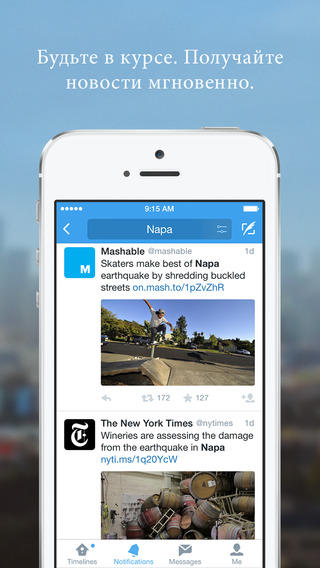 Tweetbot from Tapbots company is one of the most popular and possibly the most popular Twitter client for iOS. To get a feel for how beautiful and nicely implemented in this app, you need to use them personally. You can customize the navigation controls, view previews of attached images without having to open the tweets, to carry out various manipulations with your list readers and more. 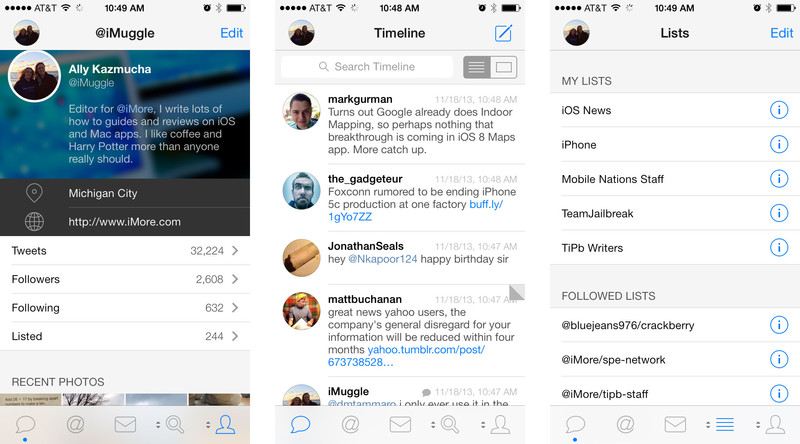 It so happened that the app from the Iconfactory Twitterrific was the first Twitter client for iPhone, which appeared before opened App Store. This app has received numerous awards, has a broad functionality and a pleasant interface. 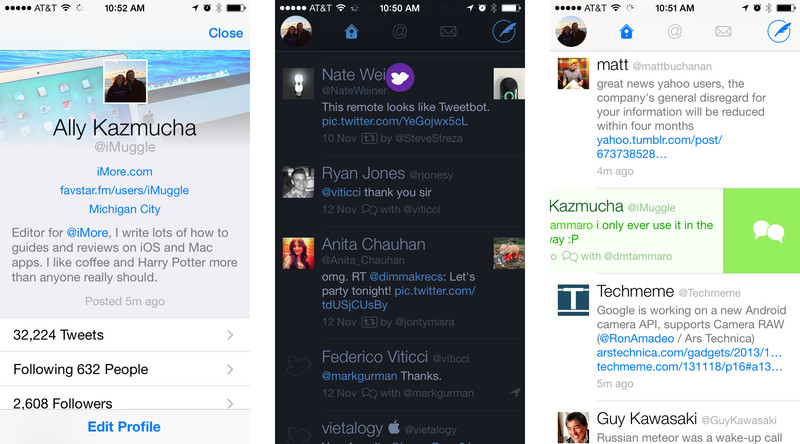 Echofon is quite a powerful client with a simple and intuitive interface, as well as a Mute function, which will help you to protect yourself from unwanted users and hashtags. In addition, as in Tweetbot, Echofon has a feature preview photo and video content directly in the feed. 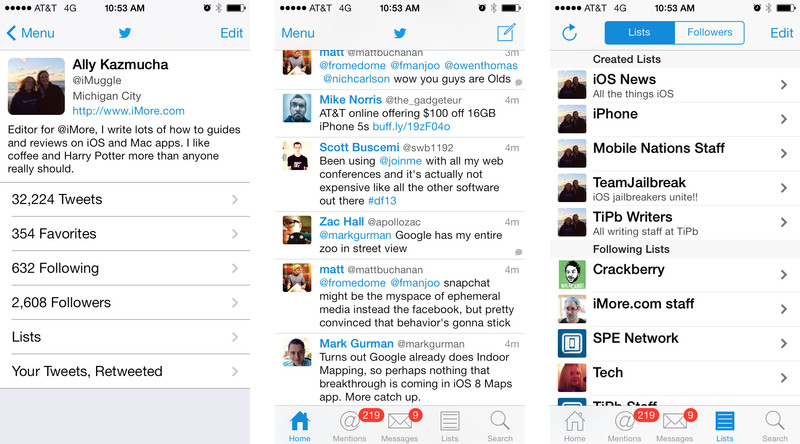 Osfoora looks like the official Twitter client before the release of version 4.0. So if you are familiar with the “native” version of the application, Osfoora, you’ll feel right at home. 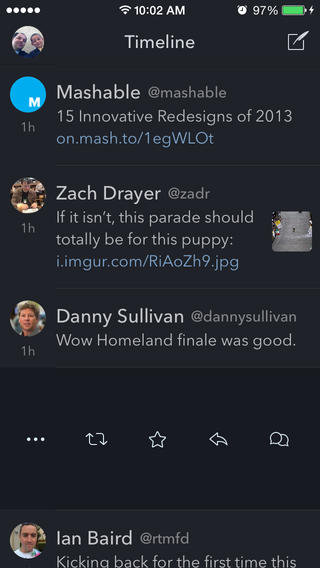 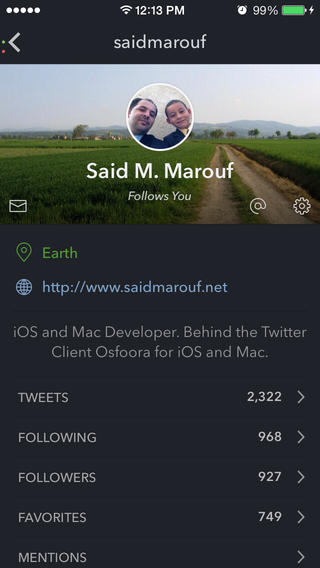