Tweetbot is available for zagruzki 4 comments 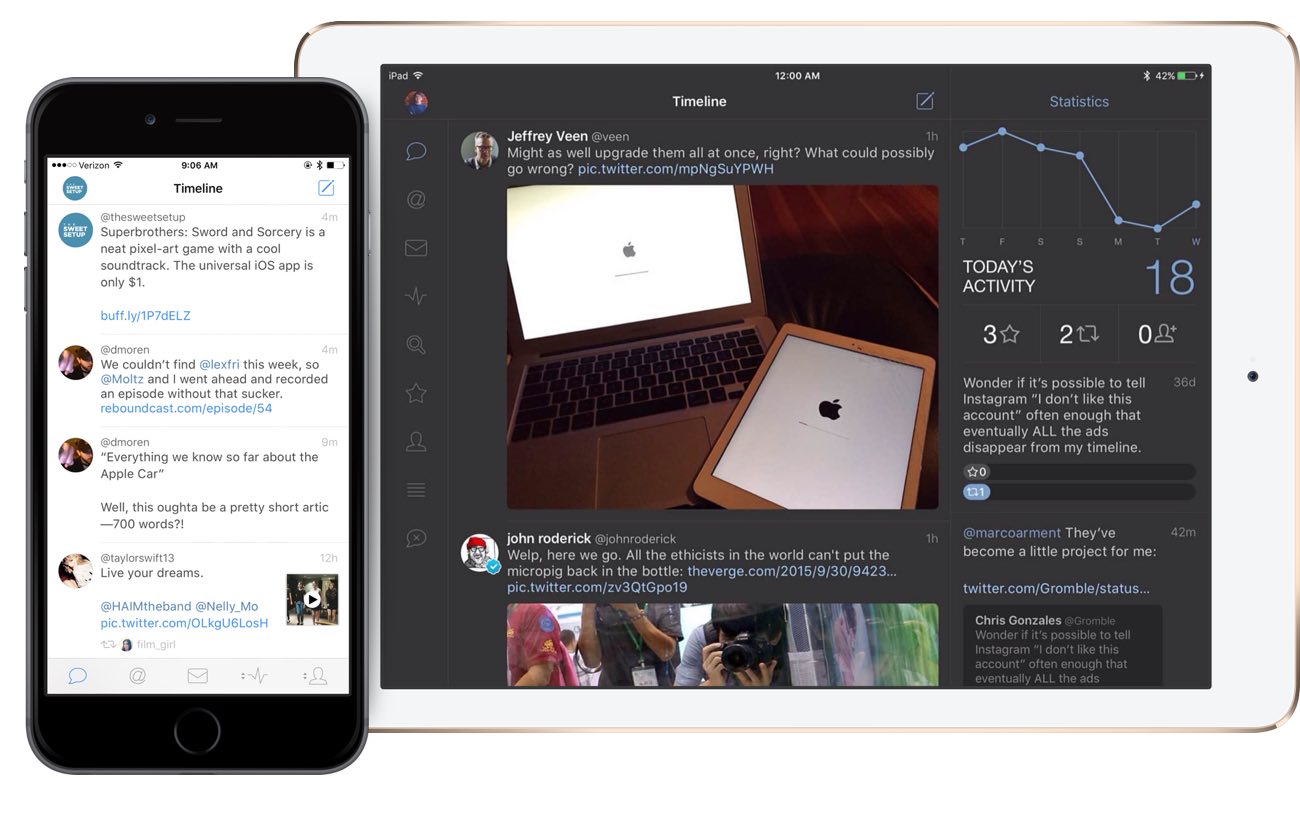 Yesterday evening all iPhone and iPad owners with iOS 9 on Board became available 4 Tweetbot — for-twitter client available for Apple devices (because it still is for OS X). The developers at Tapbots have decided not to change the traditions and released an entirely new application and the old removed from the App Store.

In the new version of Tweetbot has an additional statistics window for tweets, and support for landscape mode for iPhone and a Split View, and also Safari View Controller with support tools to block unwanted content. 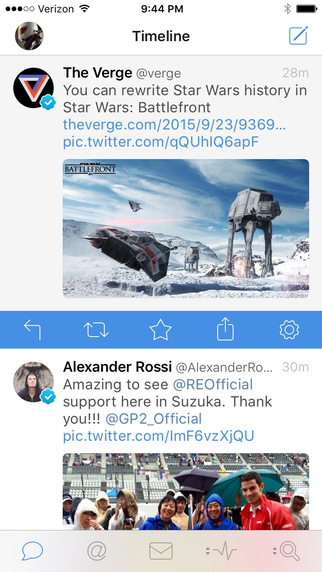 In addition, you can now reply to tweets in notification Center, and… yeah, now you do not have to buy a separate version for the iPad, because the app has become universal. 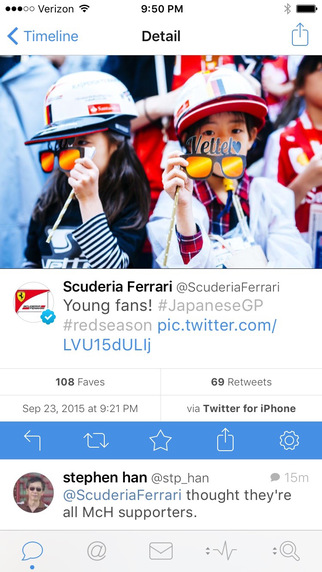 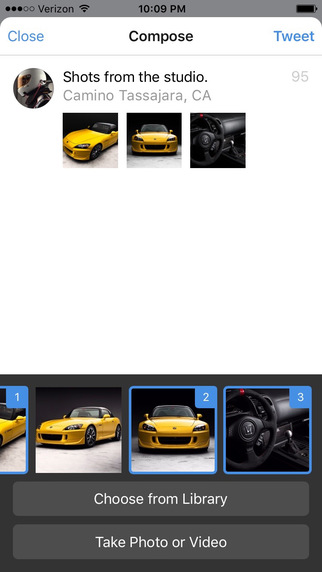 The new Tweetbot is worth 279 rubles (and this is a 50% discount), which is quite a lot. But when you consider that the app has no ads or in-app purchases, it’s not such a big price. Still, developers need something to live, and free updates will not be full.

Download Tweetbot 4 is at the link below. Hurry up to buy at a discount!