Research firm Toluna conducted a survey among thousands of people to find out which technology companies is the least reliable in terms of confidentiality. Not surprisingly, Facebook took the first place, because 40% of respondents doubt the ability of the company to Zuckerberg to provide security information.

Just a few weeks ago in the largest social network has failed, from-for which third-party application developers got access to photos of 6.8 million users, after which the representatives of Facebook said: “we regret that it happened.”

Apple is located on the 8th place in the ranking of the most unreliable companies. 4% of respondents doubt the security of personal data, despite the fact that user privacy is an important aspect in the development strategy of the brand.

Besides the fact that the iPhone maker recently published a report on transparency on its web site, providing data on government requests, it also often boasts end-to-end encryption, but this has proven insufficient for consumers. 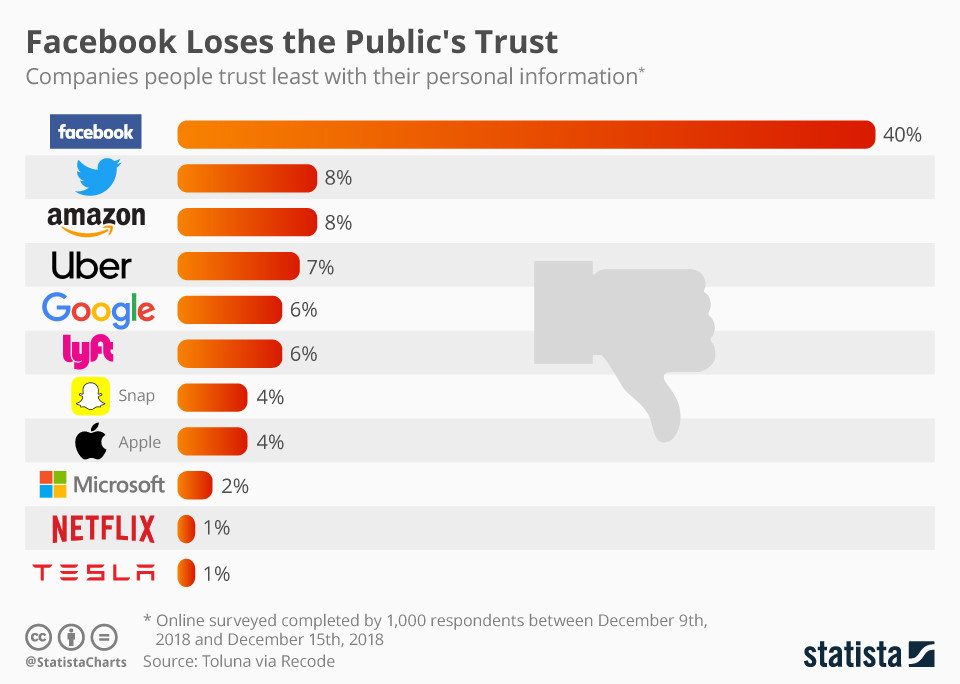 The three most reliable included Tesla, Neflix and Microsoft. As for Tesla, it is obvious that its founder Elon Musk has made the users special effect of confidence in company that “does nothing bad”. It is obvious that this tactic he learned from Steve jobs.