Gold for iPhone to marine electronic charts: 7 unexpected products Made in Russia

“Oil and gas needle”, on which Russia sits still doesn’t mean that Russia has nothing to offer the world. There, and even more than you can imagine – from gold for iPhone to industrial colliders. 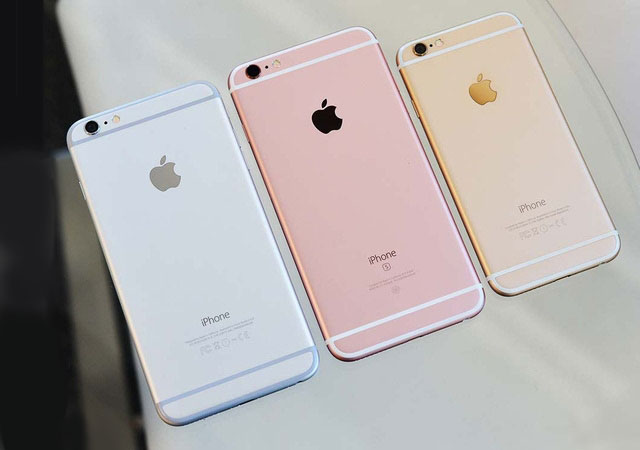 Russian industry after the Soviet is known for its helplessness in the sphere of consumer goods production, the journalist writes Slon Constantine Ranx. We rarely encounter high-quality domestic clothing and electronics, and the products of our automotive industry has become a byword. In the result, the Russian public is very poorly imagines that the domestic industry produces and what its success. And with all the achievements in nuclear energy, space exploration, fundamental science is thriving conviction that Russia simply cannot figure out and even more to make and sell the world.

Of course, by oil revenues – are still the most important source of budget revenues of Russia. In 2014, exports from Russia amounted to $496 billion, energy commodities accounted for $371 billion But nevertheless as much as $120 billion accounts for the export of other goods; it is worth remembering that just 10 years ago the total exports of Russia amounted to $133 billion.

What else sells to Russia, except for oil, gas and coal? This grain, wood, and metals. But there is much more unexpected export the products occupy a strong position in world markets. Despite the slowness of the economic system that emerged in Russia, the Russian industry is able to create something that attracts the consumer world.

From the hip to the plane

Titan – one of the most amazing metal in the Universe. It is very durable, melts at a temperature of 1660º, which is higher than iron, and thus much easier for him. This metal is inert, and therefore, it is possible to make prostheses in dentistry and orthopedics. But the main consumer of titanium metal is the aerospace industry. Titanium is the ideal material for very important parts of the aircraft body, chassis and wings. If in such machines as the Boeing-707 or An-24, the proportion of titanium components was less than 0.5% by mass of the glider, the “Boeing-777” of them already 8.5%, while in Il-76T – 12%. 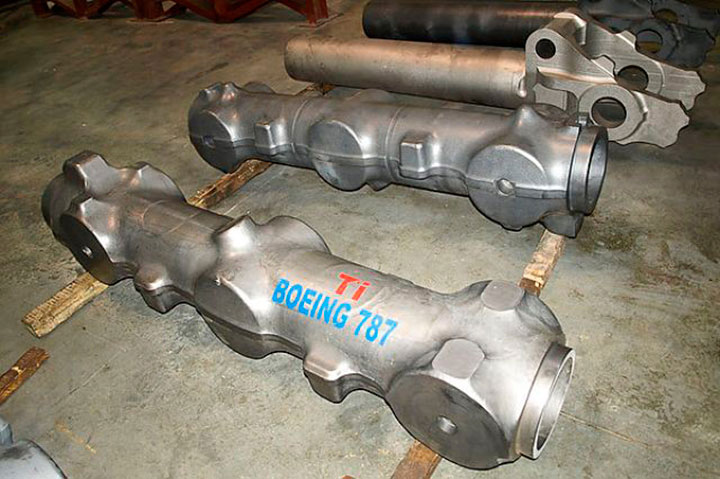 For aviation we need not only pure titanium (which is not easy to melt). Need alloys and products made of them. World leader in production of titanium – the Russian company VSMPO-AVISMA, the first supplier of titanium for the European Airbus and American Boeing for the second. The pride of the company – the production of unique truck chassis for the world’s largest passenger aircraft A-380 weight of 3500 kg. in General, it supplies products 260 foreign companies from 39 countries. We export 70% of titanium products, VSMPO-AVISMA, 30% consumes the domestic market.

The bowels in the Apple service

We don’t even notice sometimes the whole of this complex process chain, from the discovery of mineral resources before turning them into the perfect custom product like the iPhone. In Russia, of course, do not produce, but that doesn’t mean that Apple has no Russian roots. It was announced recently that Apple buys for their phones, tablets and computers precious and rare earth metals from Russian producers. Eleven Russian plants and supply her with gold for covering the contacts, tantalum for capacitors, tungsten for alloying of steel buildings and even tin for the soldering of details. Like a trifle, but tantalum, purified gold, tungsten, just like on earth is not lying. To get these metals with specified properties, you have a long way to go. 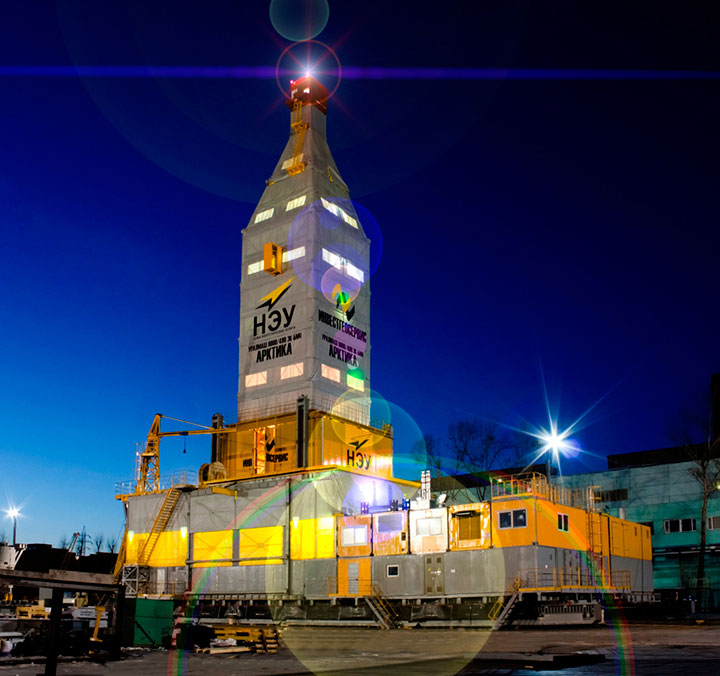 You need to have the appropriate equipment that will drill the earth, will allow to find desired minerals, open fields, prepare extracted for processing. Such machines produce, for example, a Corporation “Uralmash”.

After extracted in the ground metal is smelted, he may again be in the hands of the Uralmash equipment. For example, VSMPO-AVISMA produces their titanium parts to press with a force of 6000 tons that is made for them at Uralmash.

Stavropol factory “single crystal” is one of the world leaders in the production of plates of synthetic sapphire – is also a supplier to Apple. In the last year he for the first time in the world raised a 300-pound crystal sapphire using the kyropoulos method by our own technology.

“The crystal” is one of the main suppliers of two-inch sapphire wafer, which are made of sapphire buttons for the iPhone and heavy-duty panel displays for Apple Watch. And formed the industrial chain, through which you can watch the news on the screen of your gadget in the cabin of an aircraft. 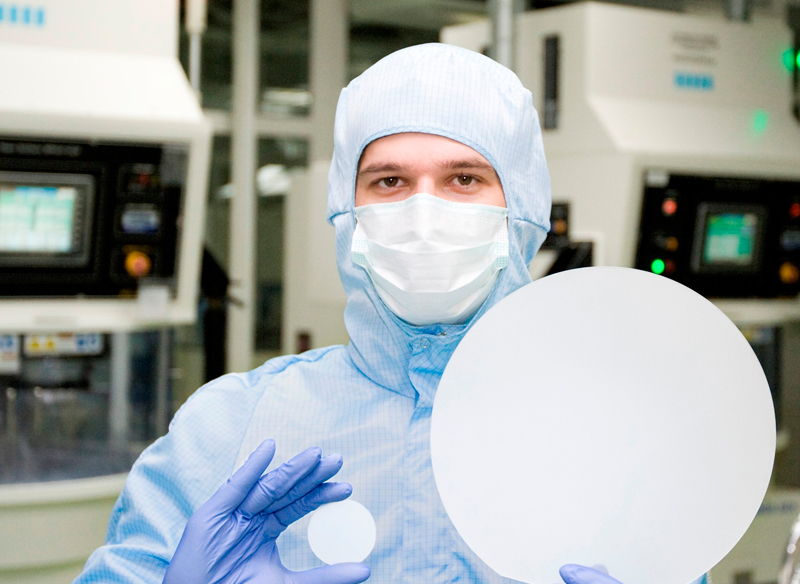 How to start a physics

Novosibirsk Institute of nuclear physics. G. I. Budker many years ago, learned to earn on fundamental physical research on their own. Quite apart from traditional products such as x-ray diagnostic equipment & security systems, Novosibirsk offer a rather exotic product, which previously supplied mainly to the world market of industrial accelerators of charged particles. Manufacturers of such products can be counted on the fingers. Scientists, by the way, satisfied that their products have been purchased in Russia itself – for the needs of industrial production.

Russia – the birthplace of cards

Russian company Transas is a world leader in the manufacture of marine electronic charts and navigation systems. Its systems are installed in 13 thousands of commercial, patrol and military vessels of more than hundred countries of the world. 205 coastal navigation systems installed in 100 ports of 55 countries. Created in Leningrad in 1990, the company also supplies the world market simulators, security systems, geographic information systems, and even unmanned aerial vehicles. 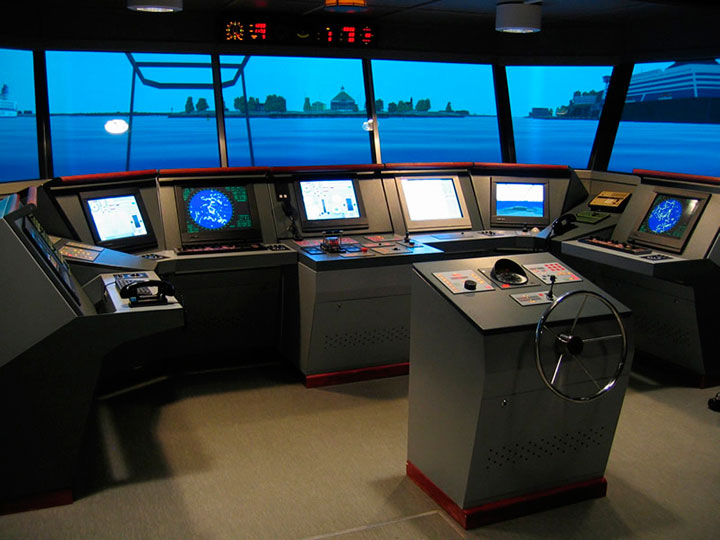 Greetings from your cars

In the production process of any modern car the special role played by the press, which turns sheet metal into an element of its design, often whimsical forms. Modern press is a complex product, it works in a very intense mode and should be very reliable. Voronezh company “tyazhmehpress” is one of the largest suppliers of such products. In 54 countries around the world employs more than 12 thousand such presses. Press “TDM” is used in the factories of Renault and Peugeot in France, Toyota and Mitsubishi in Japan, Samsung in South Korea, Tata Motors in India and many others. 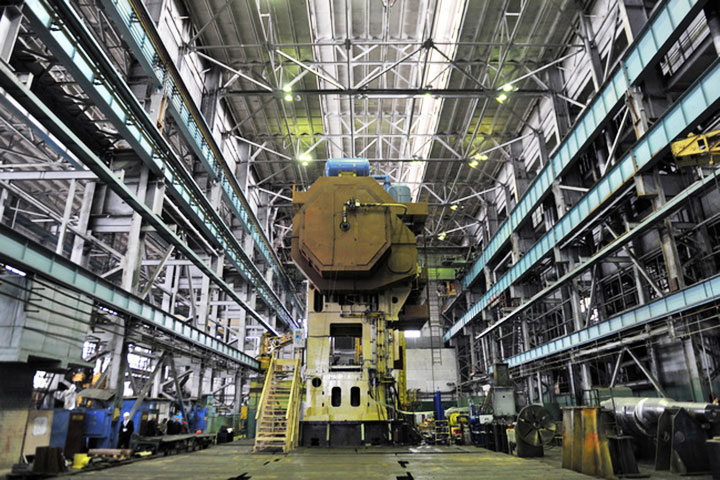 A subject of special pride – forging presses that make parts of the crank mechanism for engines. In the world created a total of 17 presses of this type, more than 10 thousand tons, and 8 of them are brand “TMP”. So, sitting in his Mitsubishi or Peugeot, you can be in the car whose parts are made in the Voronezh media.

At the sight of the stars

Since Galileio telescope optics is of great military importance. A good telescope was so much value in the time that was considered a special row in the list of trophies of all countries. In the late nineteenth century, with the advent of long-range naval and coastal artillery, the value of optics even more. Optical sights came to snipers, binoculars have become a common thing for the gunners. Without high quality lenses and mirrors army and Navy could no longer exist. 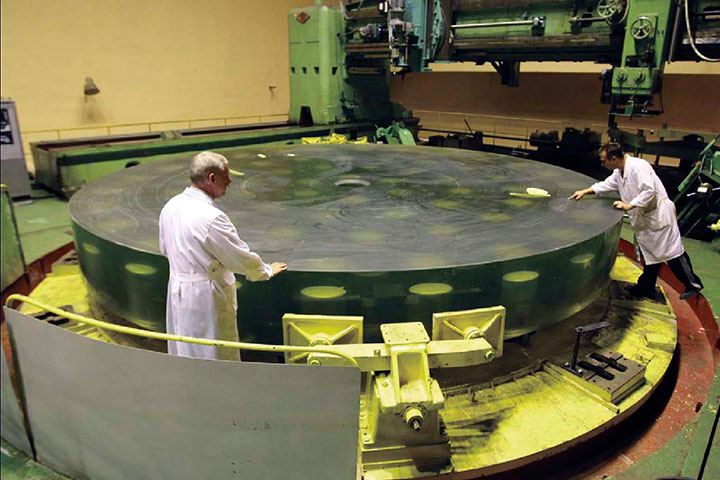 In 1934, in the town of Lytkarino was founded the factory mirror reflectors, which eventually became the world-famous Lytkarinsky the optical glass factory (LZOS). This is one of the most important defense enterprises, which is engaged in the manufacture of day and night vision, systems review, armored vehicles, and lenses aviation and space-based. On the world market, the factory became famous for his astronomical lenses and mirrors.

These sights – astronomical observation devices – and glorified the plant. Experts of Factory have made the main mirror (2.6 meters in diameter) for the National Observatory in Athens; primary mirror telescope for the Astronomical Institute. Max Planck in Germany (with a diameter of 1.23 meters); the main telescope mirror for the VST project in Italy, with a diameter of 2.6 meters, and, finally, the main mirrors of the three telescopes of the Royal Greenwich Observatory in the UK. And fans can use the equipment of the Factory – just type in the search phrase LZOS-telescope.

The development of the company that produces export products, sooner or later, takes it on the road of globalization. Brains and hands can not focus in one country, the company goes beyond the national borders, becoming a global Corporation. An interesting example of a company IPG Photonics.

In 1991, on the basis of laboratories of the Academy of Sciences of Russia and scientific research Institute “Polyus” was created the company “IRE-Polus”. At first, enthusiasts are going to introduce in Russia the developments in the field of solid-state lasers and laser materials, and then switched to a more promising direction – fiber lasers and amplifiers. The company’s founder, Valentin Gapontsev, in 1995, he founded the German company IPG Laser, two years later (in Italy) the firm IPG Fibertech, and in 1998 IPG Photonics Corporation in Massachusetts, which became the headquarters of the IPG. This group is a world leader (more than 80% of the market) heavy duty industrial lasers. Since 2006, its shares are traded on the NASDAQ. One of the main working platforms IPG Photonics – its Russian part, NTO “IRE-Polus”, located in the town of Fryazino Moscow region.

Perhaps this is one of the main ways for modern Russian business – transforming national borders, to penetrate into the global economic system. Occur and thus the economic dependence of different countries from each other has its advantages – forces politicians and officials to act more carefully.