How to cheat the protection of the smartphone Samsung Galaxy S8

Scanner iris, built-in the Samsung Galaxy S8, it is possible to cheat with the help of pictures. Although the scanner and understand the difference between the planar image and three dimensional object, as found by German experts, enough to stick on the photo and a contact lens to knock this tool off. 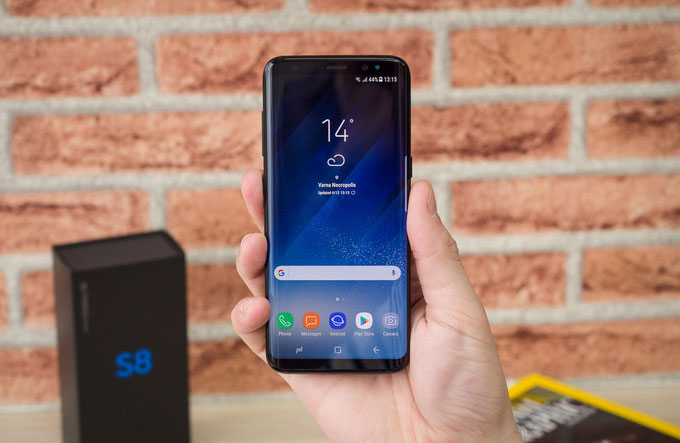 The experts demonstrated a way to bypass one of the main tools for biometric authorization of Samsung flagship S8. Scanner iris of the eye can be fooled with the pictures.

Galaxy S8, the second line South Korean smartphones with a retinal scanner. The first was the range Galaxy Note 7. These devices the manufacturer was forced to recall due to multiple cases of overheating and fire batteries. Thus, the Galaxy S8 is the first smart phone users were able to estimate the iris scanner, as well as other means of biometric authentication. In particular, the scanner of fingerprints and a face scanner.

Like a fingerprint, the iris of the eye unique to each person. Ways to cheat fingerprint scanners are known. But there is a fairly simple and even somewhat elegant way of cheating and even retinal scanner.

Samsung engineers have provided the probability that the iris scanner will try to cheat with the help of photos, so I equipped it with a detector depth. However, the researchers had the idea to simulate a volume with a contact lens stuck on eye in the photo. And this trick worked.

Thus, if the attacker has physical access to your Samsung is locked with the help of the iris, to unlock him you will need to measure a large photograph of the face of the owner of the device, printed on a color printer (and better suited just Samsung printers), a pair of contact lenses and glue.

The scanner iris Samsung had planned to use as the main method of authentication in the payment system Samsung Pay. That is, in the case of contact of a smartphone in the wrong hands, under the threat are not only stored data but also the finances of the owner.