Exactly two months later, on March 29 of this year, it is expected the official presentation of the flagship smartphone Samsung Galaxy S8. The announcement will take place in several cities in the U.S. and Europe. Previously, network sources declassified technical characteristics and cost of the device, and now the Network appeared the official image of Samsung Galaxy S8. 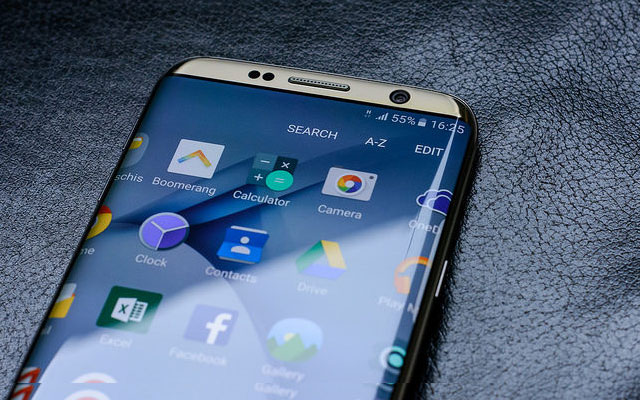 The illustration below shows a reportedly official render of the Samsung Galaxy S8. The smartphone is clad in a glossy glass casing with a metal frame and equipped with a curved on both sides of the screen. The display panel occupies almost the entire front surface of the housing, leaving room only for the speaker, front camera and scanner of the iris.

As expected, the device is devoid of a Home button. Fingerprint reader moved to the back and located next to the main camera, which is complemented by an led flash.

It is expected that the Samsung Galaxy S8 will be equipped with 5.8-inch Super AMOLED display, 4 GB of RAM and 64 GB of flash memory, slot for cards MicroSD, battery 3000 mAh, USB-C port, standard audio Jack and two cameras: 12 megapixel main and 8-megapixel front. Galaxy S8 Plus will receive a 6.2-inch display and a battery of 3500 mAh. 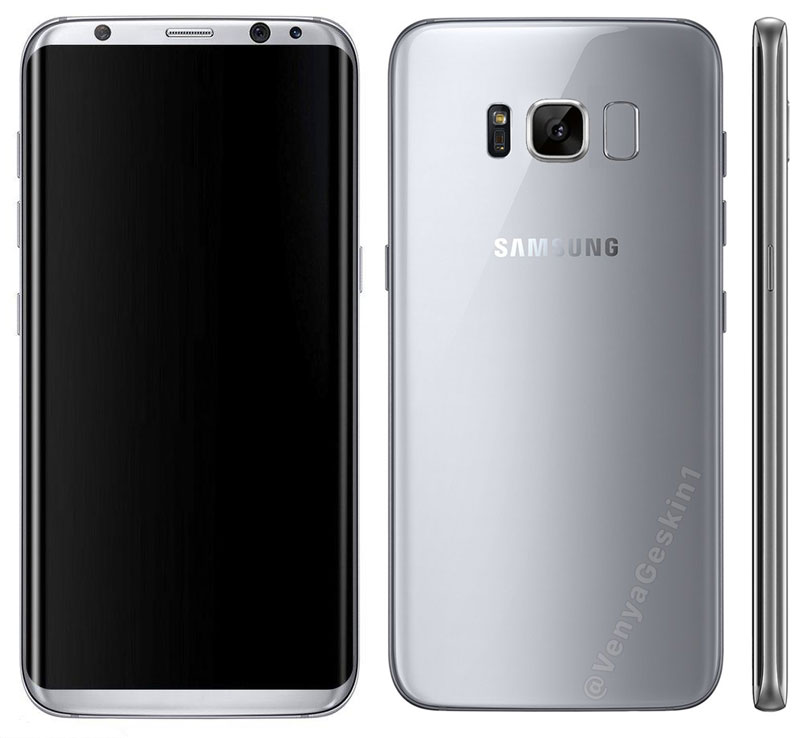 In addition to frameless OLED display apparatus will be equipped with a cooling system with heat pipes. Perhaps this technology will help somewhat to protect the product from incidents that happened with the Galaxy Note 7.

The cost model Galaxy S8 on the European market will be € 799, Samsung Galaxy S8 Plus will be 100 euros more expensive.