Media: Russia will for the first time included in the list of the countries “first wave”, where it will begin selling the iPhone 7 immediately after the presentation

Before the official presentation of the iPhone 7 we already know the cost and timing of release of new items on sale. According to informed sources, the flagship smartphone Apple first appeared in Russia simultaneously with the launch of devices in the countries “first wave”. 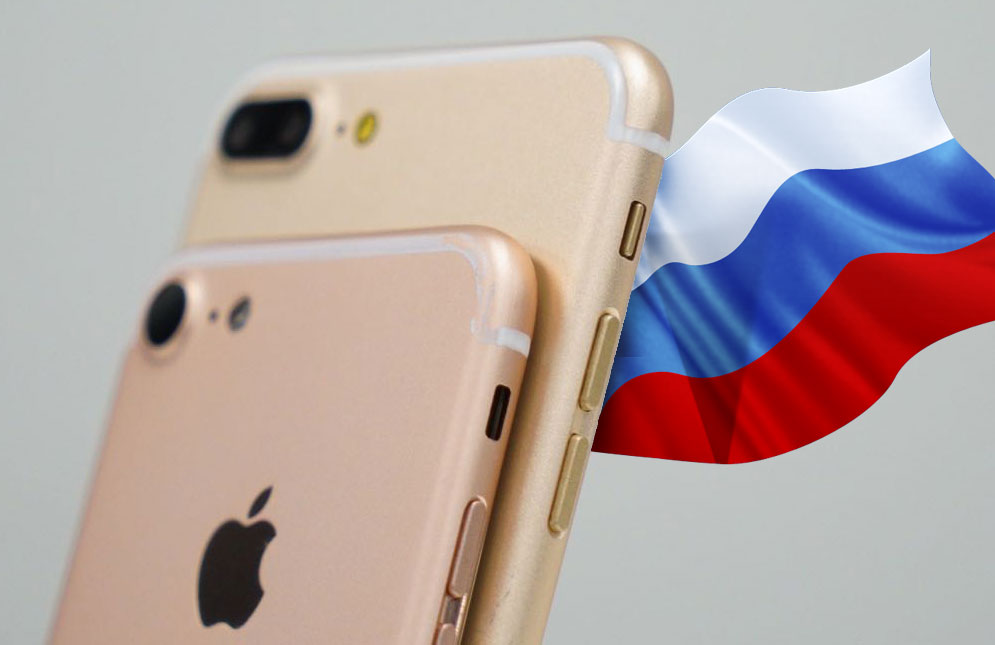 Information about quick start of sales of the iPhone 7 in Russia confirms the recent leak from Apple. Just a few days before the announcement, the network appeared the images of iPhone 7 packages for the Russian market. The pictures confirm the name of the upcoming smartphone say about using the device to 256 GB of memory and wireless headphones AirPods included.

The appearance of the images indicates that Russia for the first time can enter the list of the countries “first wave”, where it will begin selling the iPhone 7 and iPhone 7 Plus. Of course, these photos can be faked. But their appearance in just a few days before the announcement of the smartphone can count on the authenticity of the photos.

Official sales of new iPhone in Russia is traditionally accompanied by a delay. So, in 2014, the iPhone 6 and iPhone 6 Plus in Russia began in late September, together with the countries of the “second wave”. In the past year to expect the launch of new products had a month – the iPhone 6s and iPhone 6s Plus made its debut in Russia in early October. If the information is confirmed, then this year the iPhone 7 will appear in Russia officially on 16 September. 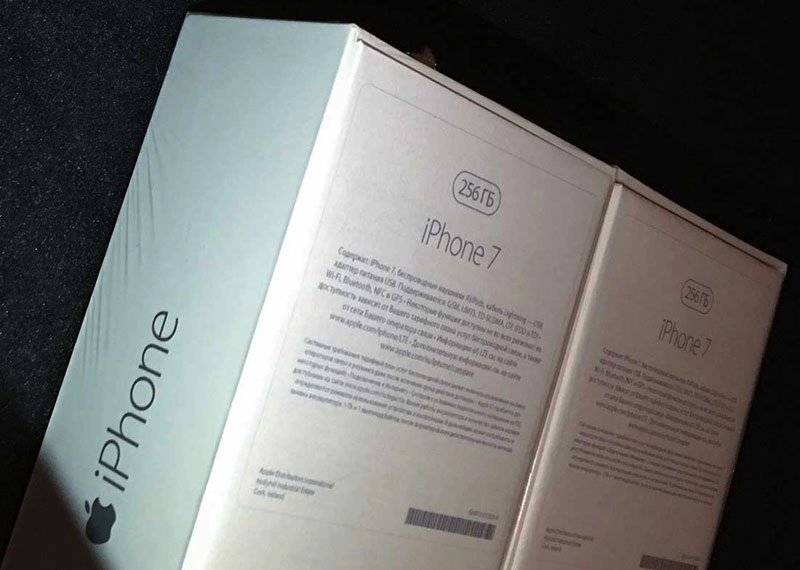 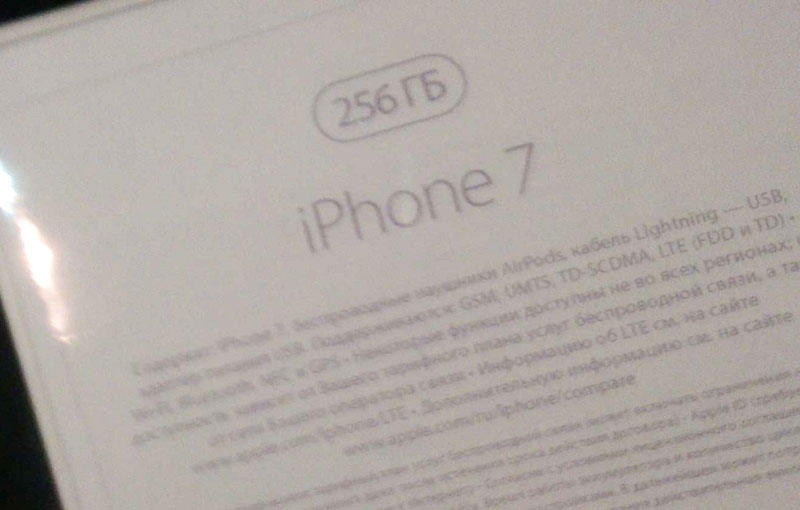 The presentation of the iPhone 7 and iPhone 7 Plus will be held September 7. According to reports, both the smartphones are based on the next-generation processor Apple A10, which is 20-30% faster than its predecessor. While the iPhone 7 is equipped with 4.7-inch display with a resolution 1334h750 pixels, 2 GB of RAM LPDDR4, a battery of 1960 mAh battery and 12 megapixel camera with a 1/2.6″ sensor and an aperture of f/1.9.