Microsoft will keep the promise, making the upgrade to Windows 10 operating system pay since July 30. A month before the expiration of the company decided once again to remind the user about it and chose this as noticeable a way. 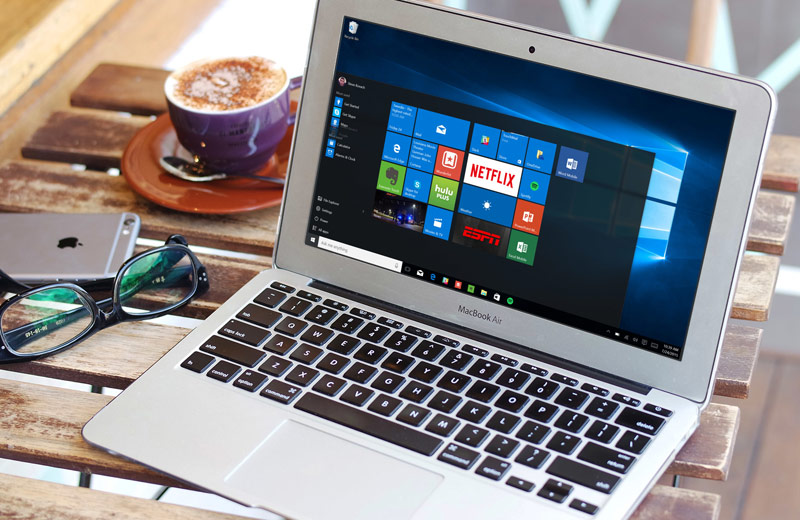 Users of the operating systems Windows 7, 8 and 8.1 this week could see on the screens banner with a warning about the expiration of the free upgrade to Windows 10. If you click “Remind me later” ad will appear on the monitor again in 3 days.

From July 30 to transition to the edition of Home Windows 10 will cost $ 199. Another way to get “top ten” to buy a new computer, laptop or other device preloaded with Windows 10.

Previously, Microsoft has given the forecast that in the next 2-3 years on Windows 10 will run about a billion devices, including personal computers, smartphones, tablets, laptops and game consoles. And it looks like the developer is moving the right pace. Warning about the imminent end of the period of free update, the company said that Windows 10 is already installed on 350 million computers. 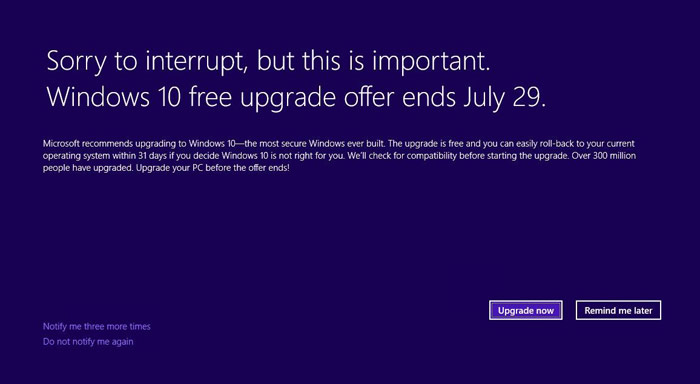 Windows 10, released on July 29 of last year, became the first version of Microsoft spreading absolutely free. Here the company has gone the way of Apple, which has long don’t take money from users and updates OS X on a regular basis.

For a free update to “dozens”, however, must be met two conditions. First, a fully activated Windows 10 can install only the owners of legal copies of Windows 7 and 8/8.1 — those who bought the licensed product in the store or got it as a pre-installed software on your computer, laptop or tablet. Secondly, you can upgrade for free within 12 months after the release of Windows 10, that is, until July 29, 2016, inclusive.

Microsoft is actively seeking ways to encourage users to upgrade to the “tens”, because, interestingly, its main competitors at the moment are the old version. Windows owns 90% of the market OC, and 50% of them in Windows 7.