New feature Shortcuts for Siri will love only programmers

Function Shortcuts for the voice assistant Siri could become the favorite tool for programmers. Editor of 9to5mac admitted that among all the latest updates from Apple, it Shortcuts got his attention. 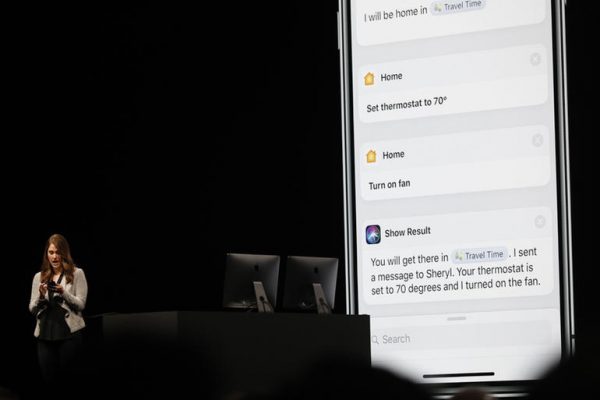 Apple was one of the first who introduced a voice assistant to the masses. Recently, however, people have ceased to give preference to Siri and in its side it was a lot of negative criticism. The latest update is of no interest to the average user of the iPhone, but can bring many benefits to programmers.

As previously reported, the function Shortcuts for assistant Siri allows the user to create a procedure to activate a specific phrase. Editor of 9to5mac, Ben Lovejoy (Ben Lovejoy) believes this feature is an excellent innovation. It is perfect for people who like to consider all the actions to automate. Ben compares Shortcuts with hot keys on the keyboard that allow to reduce the elapsed time. Besides, these two functions can be traced to a common target audience – programmers.

Siri Shortcuts has all chances to become a very useful helper that will help the user planning the daily schedule. Lovejoy believes that the new feature will be a great tool in the hands of a person with a technical mindset. But the regular iPhone user, most likely, will not pay their attention to it.