Last week, Huawei released the invitation to the presentation of their new smartphones 16 October, which will be held in Munich. Today, the company posted a teaser of the upcoming Huawei Mate 10, according to the portal Gizmochina. 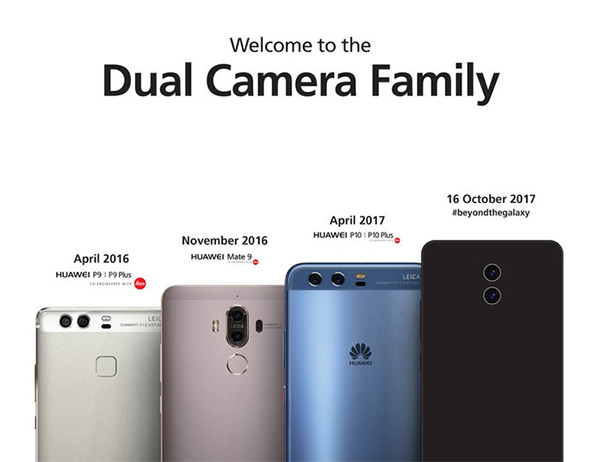 It depicts a family of smartphones Huawei, equipped with two main cameras. The new device will belong to the line Mate. As in the past generation, we will present a regular and Pro version. According to rumors, the new smartphone will have edge-to-edge display elongated in the modification Pro, following the trend of 2017. The scanner will be placed on the rear panel. The Junior version will be equipped with the usual screen and repeat the layout Huawei P10. The heart of the smartphone will be the latest Kirin 970. Back and camera Leica.

According to Twitter, the company, the second of September, the Chinese will show the CPU artificial intelligence AI.

The future Is intelligent?
Join us #LIVE from @IFA_Berlin 2nd September at 2pm (CEST) and find out… #HuaweiMobileAI pic.twitter.com/pbEzEH4EZw

More and more large vendors refuse to Google Assistant in favor of proprietary solutions. The development of such a processor may indicate the emergence of another player in the market of voice assistants.