South Korean technogiant engaged in the production of smartphones and other consumer electronics may enter the market of the quadrocopter. Recently, the company is actively engaged in filing patent applications for drones. 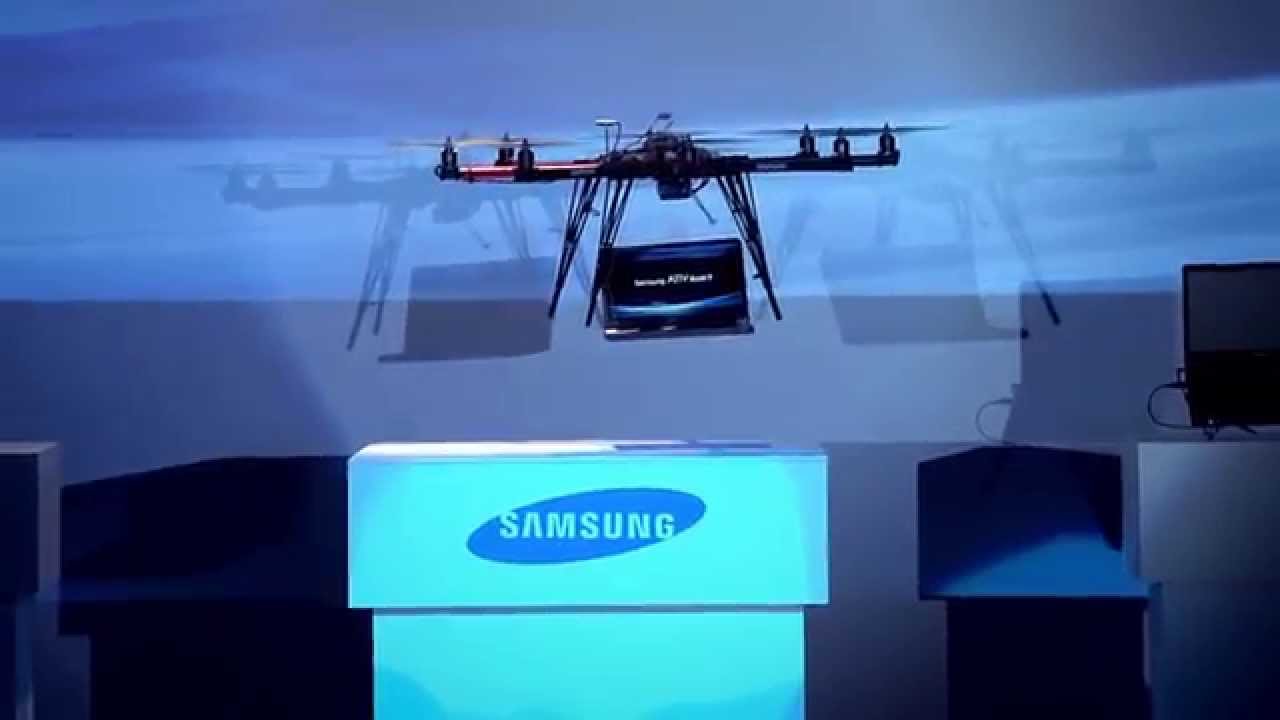 Recently the US Patent office published a patent application from Samsung, which describes the drone.

Samsung is the first smartphone manufacturer, who is seriously thinking about entering the market drones. Interestingly, the company is considering the production of conventional quadcopters. Judging by the patent application, the South Korean giant is working on a device that can transform into a drone. 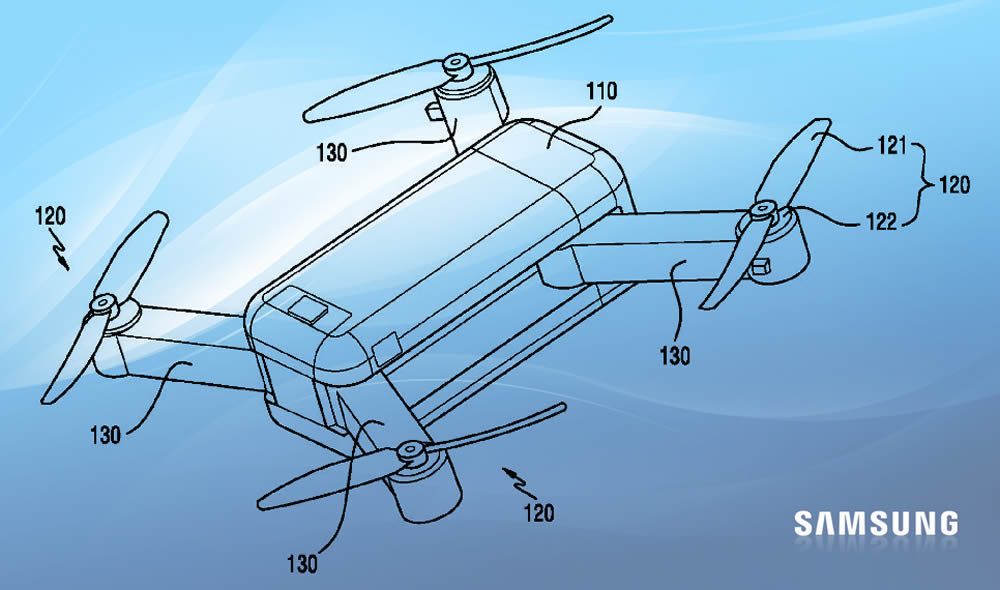 Some reports say that the drone will become the accessory for the next generation of smartphones Galaxy. The patent also describes an unmanned aerial vehicle with a variety of special sensors. In addition to the camera it will be equipped with a gyroscope, barometer, compass, ultrasonic sensors, temperature sensors, light and ultraviolet radiation.

Samsung also describes the ability to fold the drone:

“In a transformable unmanned aerial vehicle (UAV) can be folded levers for fixing a propeller inside the main body”.

In addition, the invention must obtain and conventional technologies, such as wireless control via smartphone, tablet or PC. Samsung claims that the drone can be controlled from any electronic device, including household appliances, e.g. washing machine or fridge. 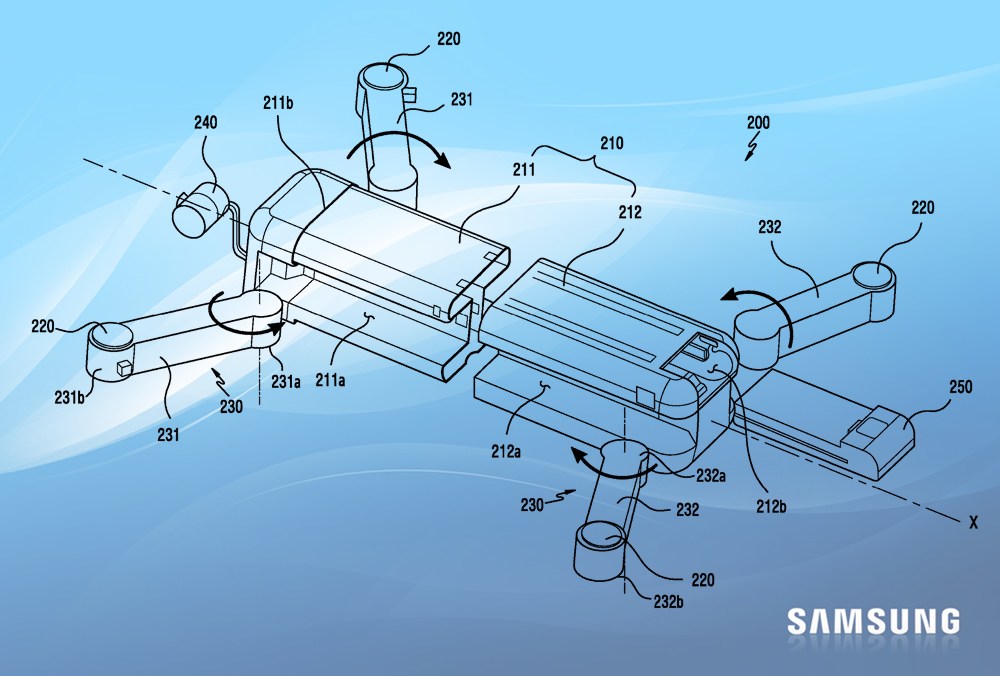 The description says that the drone consists of two sections that are pushed together, forming a compact portable unit.

This is the fifth patent, associated with the drones, which the company filed this year alone. As you know, from 2016, Samsung filed a lot of applications describing design and technology blah BLAH. Perhaps the South Korean company aims to become the market leader for drones in the foreseeable future.