Siri spoke about the changing voice and the new HomePod

Responding to a question about the World Wide Developer conference next month, assistant at Apple, shared some interesting news: Siri gets a new voice which will be introduced in the updated column of the HomePod. 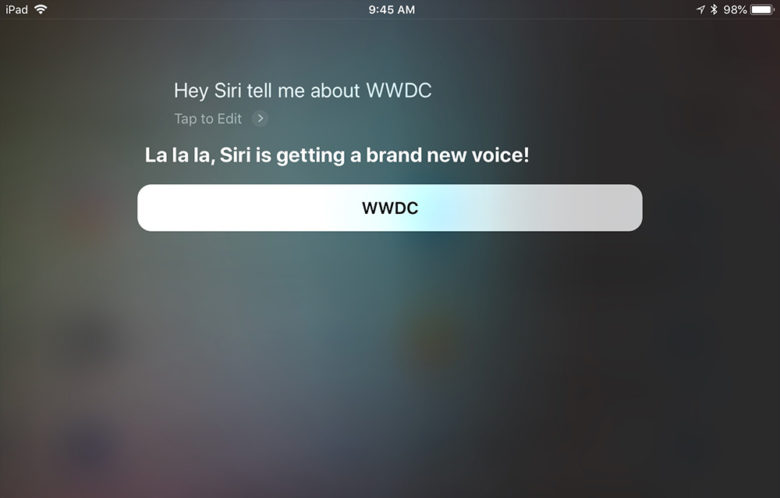 “Hello Siri. Tell me about WWDC”.

The first answer was: “Siri will get a new voice!” For the second time on the same question, Siri answered: “I will Have a new shiny home. Well, not really shiny, more of a mesh and brushed … “

Siri is getting a little cocky when asked her: “Siri, tell me about HomePod at WWDC”.

“HomePod is a wireless speaker from Apple that delivers amazing sound quality. You can control it by voice, using Siri. Hey, wait … that’s me!”

The Apple put the same questions of Siri and had the same answers.

The annual WWDC from Apple is scheduled for June 4. Traditionally, executives will release a new version watchOS, tvOS and macOS.

According to rumors, the conference Apple will introduce a set of cross-platform applications that will work on both iOS and macOS.