In this article we will tell you what accessories you should purchase to your “frameless” iPhone not only suffered from drops, but also look as aesthetically pleasing. Strangely enough, the best solutions are offered by Apple itself. 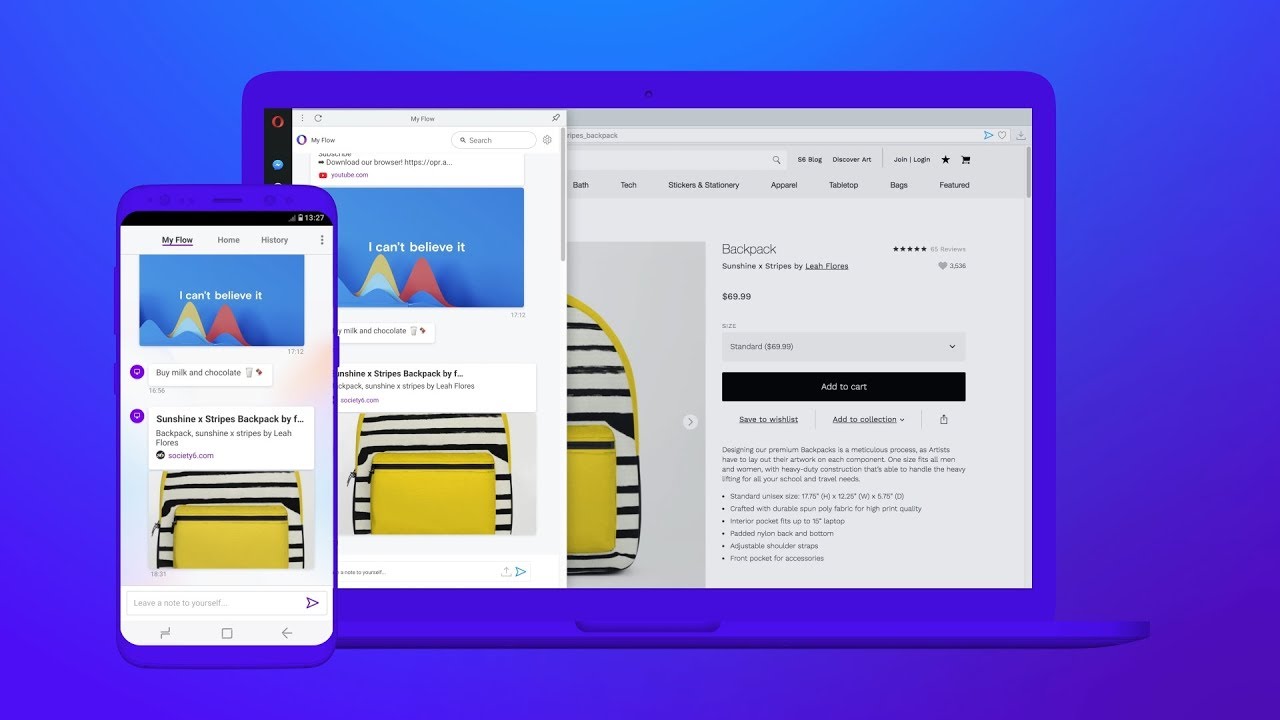 I use the iPhone X, and during this time has tried many cases, glasses and films. Various combinations of these accessories perfectly and protect the screen and body of the smartphone, however, get a horrible appearance after one to two months. The latest iPhone is a miracle of design ideas, and there are a few rules that will allow users to not worry about a broken screen and enjoy the appearance of these devices. 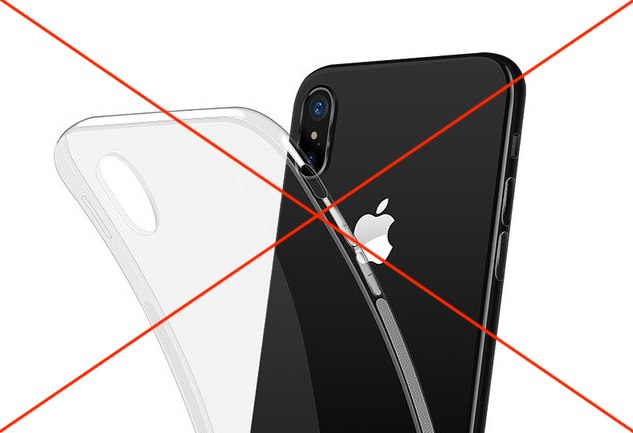 Towards a transparent silicone watch those who do not want to hide all the sophistication of the design of the iPhone and save a little, however, in case such a plan has a significant disadvantage – they turn yellow. Whatever the cost of this case (and most often they are the most inexpensive), it still turns yellow after a maximum of 2 months. The only option of using transparent silicone covers — to bring the smartphone to the house after buying as many unpack and configure the device in the store, and a beautiful and convenient case, the law of meanness, not available.

The original covers from Apple — the beauty and reliability 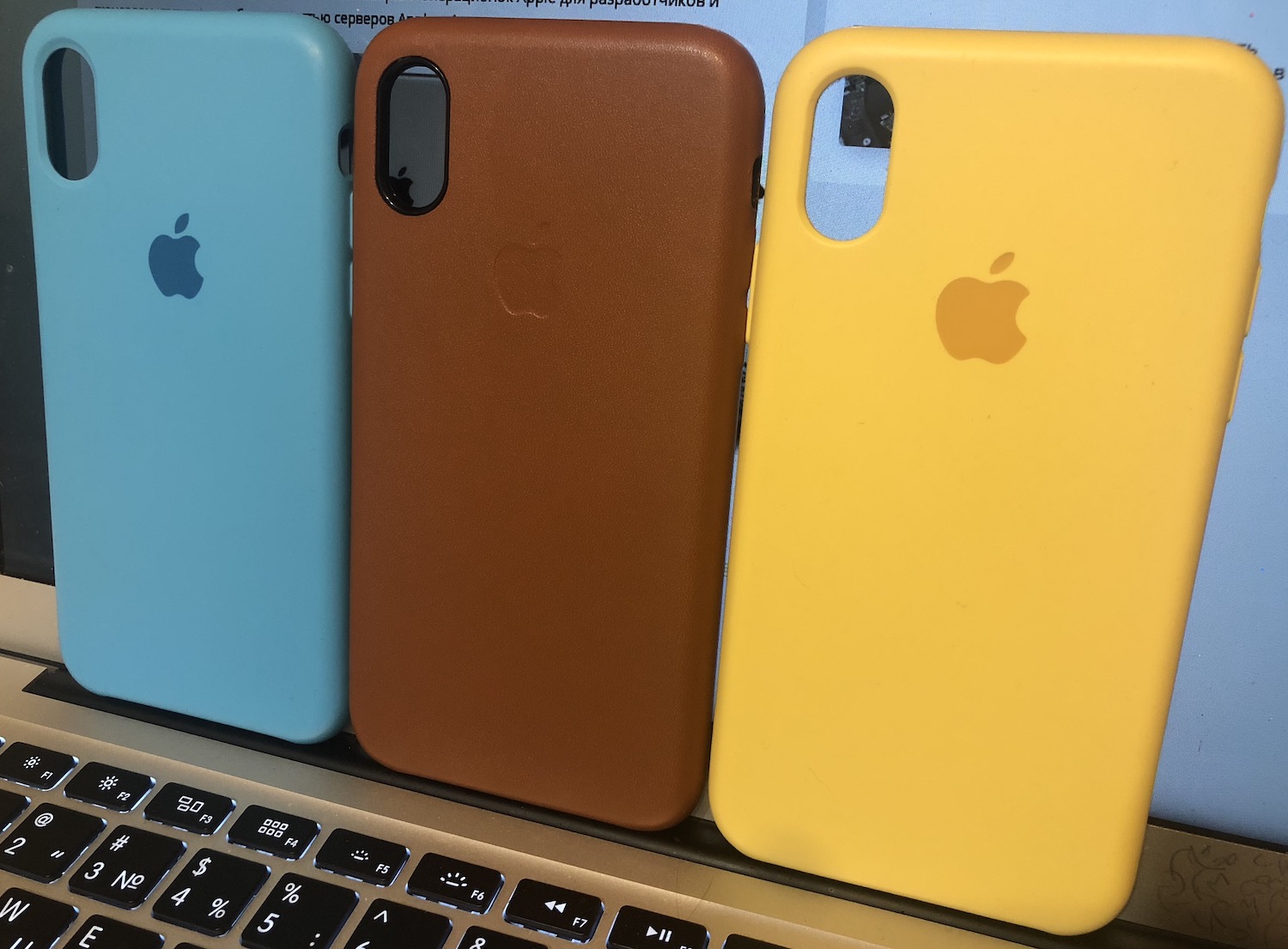 Apple is known for the ability to make accessories so that they are pleasing to the eye and was the most useful. Not happened otherwise and covers for iPhone — the design looks minimalistic, expensive and beautiful. Someone may not agree with me, however, most of my friends and many famous people choose them. Apple offers a choice of 3 options: silicone, leather, and folio. The first option I find most useful. Silicone cases Apple has experienced falling out of the pocket, off the table while I was talking on the phone and many other options. Yes, they are not the cheapest, but if you know good shops on Aliexpress — quality case will not disappoint you.

Do not attach the protective glass! 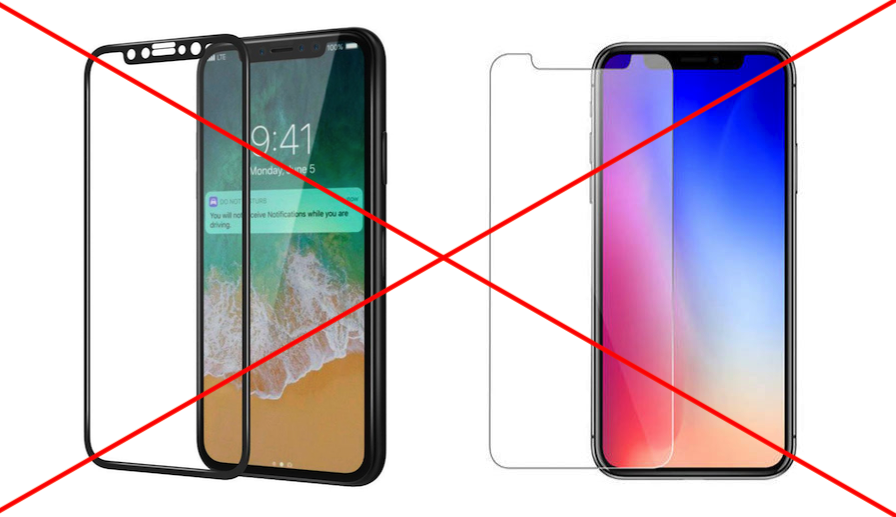 Despite the fact that it is a good way to protect — they almost always have problems. Main three. First glass come unstuck. No matter how well did not like the one who is stuck — it is likely that soon it will depart. Perhaps you would fetch him, or herself adhesive surface was not missed — the result will spoil the appearance. The problem affects as curved and conventional safety glass.

Second, 3D glasses with frames almost always eat a bit of the screen. I noticed it on your iPhone X: about 0.5-1 mm of the edge of the display was hidden by the rim of the glass. Like a trifle, but looks like iPhone XR.

Third, the glass cracked. For three days I have changed two things. And not even dropped the phone. The first gave a “spider web” after I put the smartphone in his pocket and bent over the fallen pen. Safety glass couldn’t handle the pressure and cracked right over the front camera. The second gave up the slack, when the iPhone was in my pocket while I was asleep. Probably tossing and turning in my sleep I went on it (and I weigh less than 80) and it broke in half. This is due to the fact that the proportions of the screen non-standard and elongated, and the producers have not yet learned how to do glass so that they can withstand heavy loads. 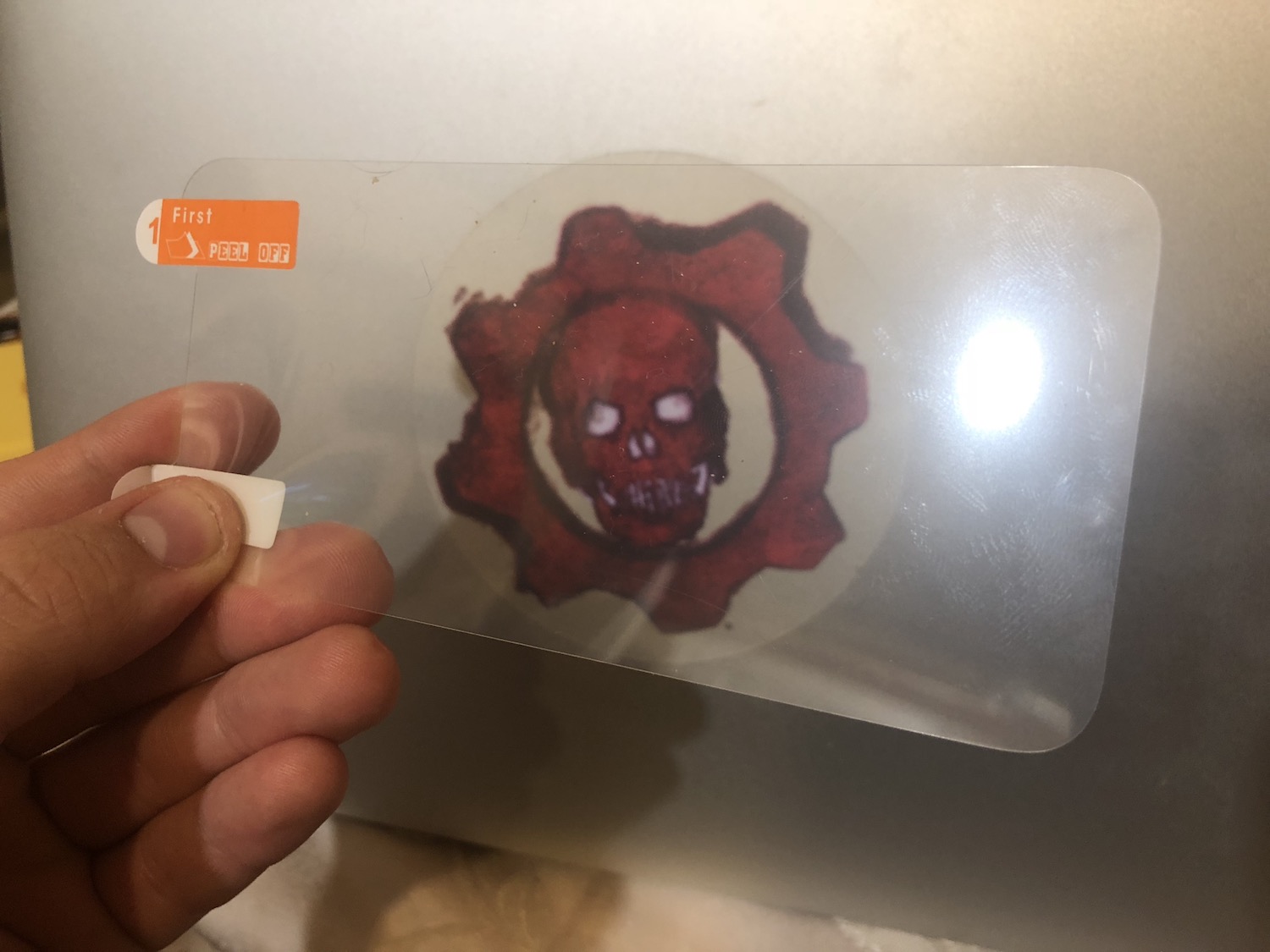 However, without the protection of the display your smartphone impossible. I know people who go to iPhone X months and are neither the film nor the case. Their screen is more like a matte than glossy. Scratches cover iPhone faster than you can open the browser to order a protective cover on it. I suggest to glue the film. It is convenient, as there is less image distortion than glass, and quite secure, as it does not crack, does not come unstuck and perfectly protects from scratches.

Thus, the original Apple (or clone) and the film on the screen is the best way to protect your iPhone X/XS/XS Max from drops and scratches, however, guarantees 100% security is never, so just be careful.

This article is for those who are still thinking that the accessories is better to buy, however, except that I told, build and from personal experience. Maybe you will hit the phone on the corner, and then the film will not save, you may like to travel to the mountains, and then you need a sturdy aluminum case with an additional plastic protection of the display. Of course, there are those among you who find the ideal for themselves and can argue with me about a particular statement from this material. Write your thoughts in the comments.