The network leaked the design of Huawei Mate 10 Pro

A well-known blogger Evan Blass, who from time to time leaking information about upcoming smartphones, this time showed how it will look Huawei Mate 10 Pro. 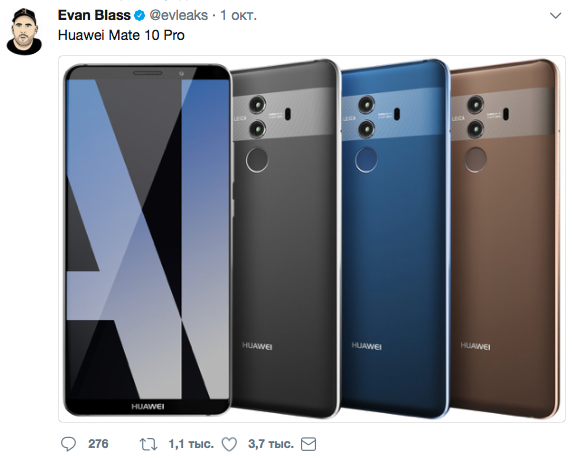 In his Twitter Blass published photos of the future smartphone, showing both the front and rear panel. Unlike the Mate in 10 and Mate Lite 10, Pro model will feature a display with less frames. In this case, a 5.9-inch screen of the new smartphone is more like Galaxy S8 and Note 8 by Samsung than the previous Huawei device. 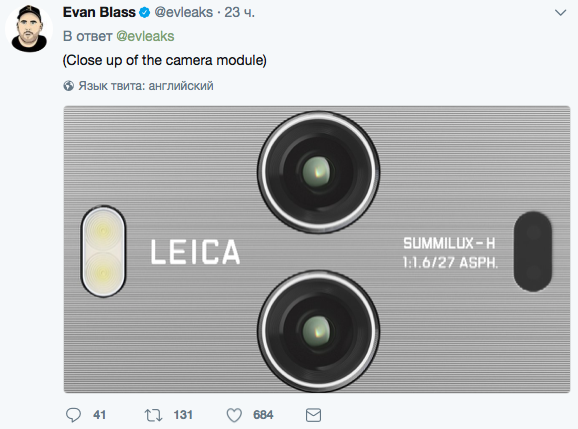 Huawei Mate 10 Pro, like previous models, will be equipped with dual main camera with 20 megapixel and 12-megapixel sensors. Left of the camera is the flash production Leica. The smartphone will feature laser autofocus, maximum aperture of f/1,6, a system of optical stabilization and dual-led flash. On the rear panel is a fingerprint scanner.

On the front panel will be located 8-megapixel front camera.

According to rumors, the smartphone will get a display Quad HD+ with a resolution of 2880 × 1440 pixels, the processor Kirin 970, 6 GB of RAM and a built-in drive capacity of 64 and 128 GB. Perhaps the novelty will receive the standard of moisture protection IP 68. For comparison, the iPhone 8 and iPhone 8 Plus is certified according to standard IP 67.

Judging by the published Blossom the pictures, the smartphone will be available in three colors — black, blue and brown. Release novelties planned for the second half of October.