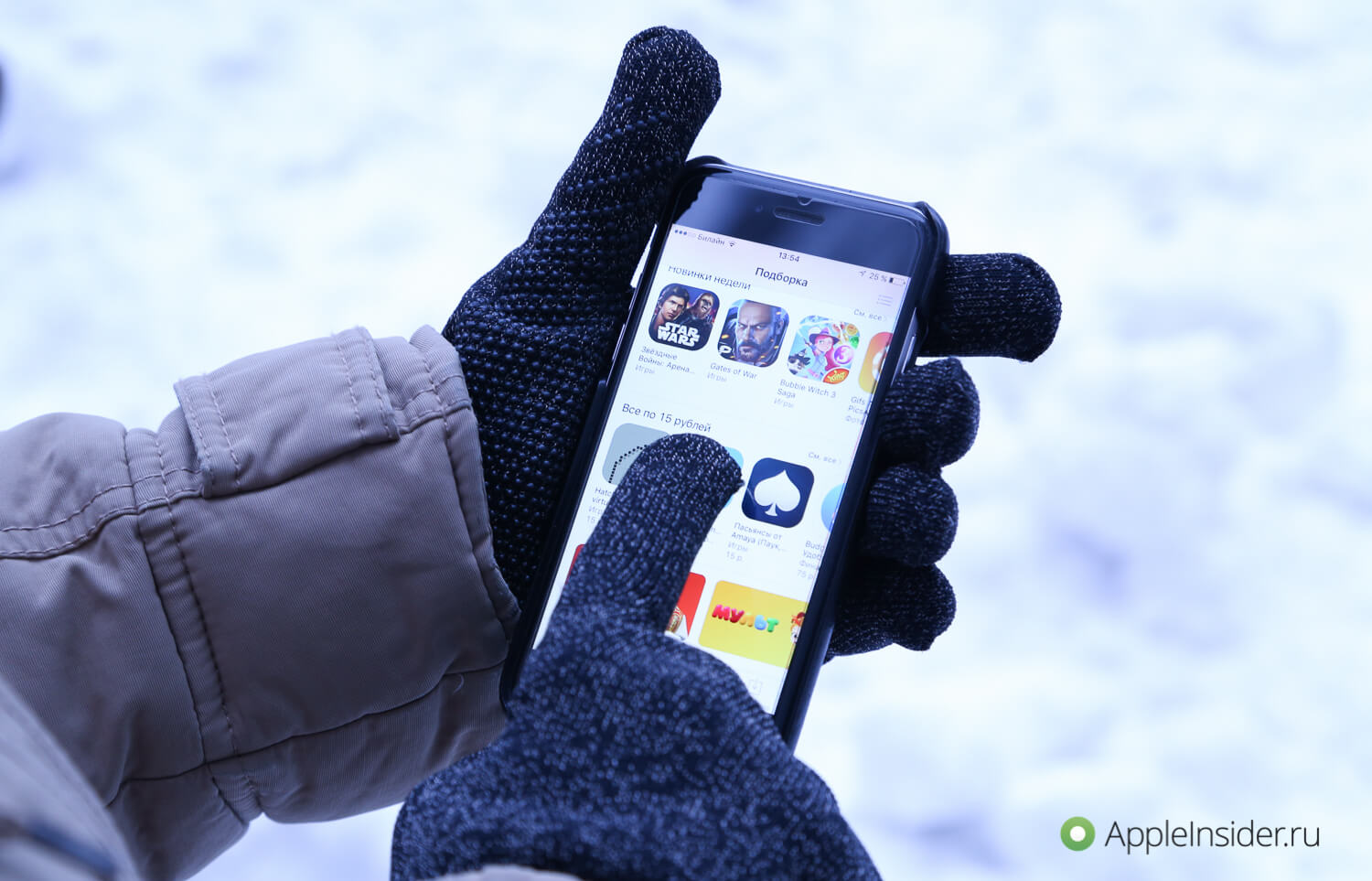 It’s January, which means winter is in full swing. And although the strong 30-degree frosts has receded (though not everywhere), to use with bare hands can be uncomfortable even when the temperature drops to 8-10 degrees below zero. Because normal gloves iPhone does not take, you have to look in the direction of special accessories that work with touch screens.

Of course, nobody forbids to buy these gloves for 200 rubles in the supermarket — they are now sold in China. But if you are used to do good things and want them not only last a long time, but was technologically advanced, it is better to appeal to those who specializiruetsya on it.

One such producer is the German company Mujjo, where I for the experiment, ordered a double-layered (Double Layered) gloves that your hands certainly not cold. A couple weeks tested, including extreme cold, and ready to tell about their experiences.

Gloves are supplied in such a stylish package. It has a small “window” so you saw the product itself. However, there is nothing interesting: open for 5-10 seconds and move on to the fun. 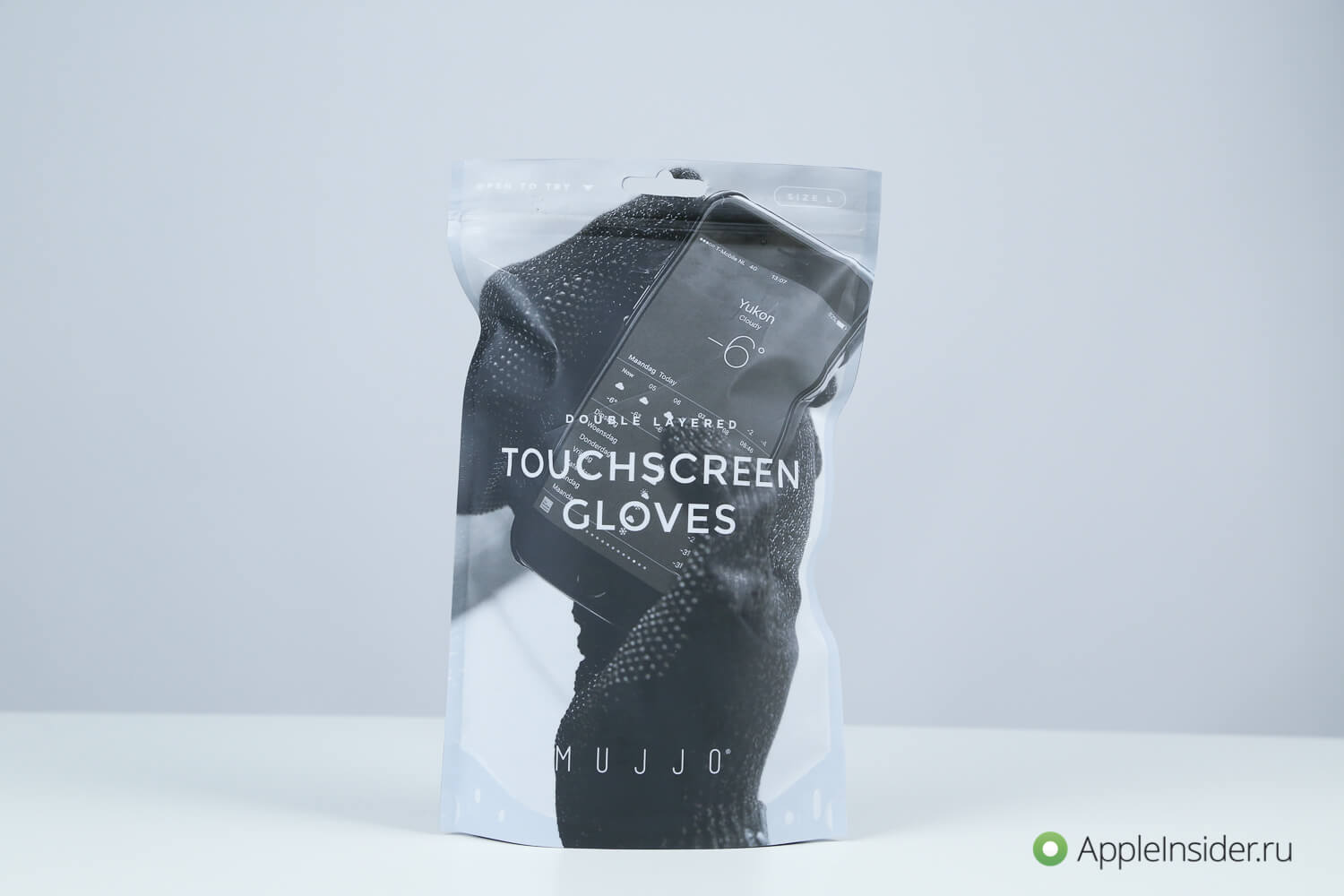 Gloves made of fabric with nylon fibers coated with silver. Due to them just an effect of interaction with the touch display. 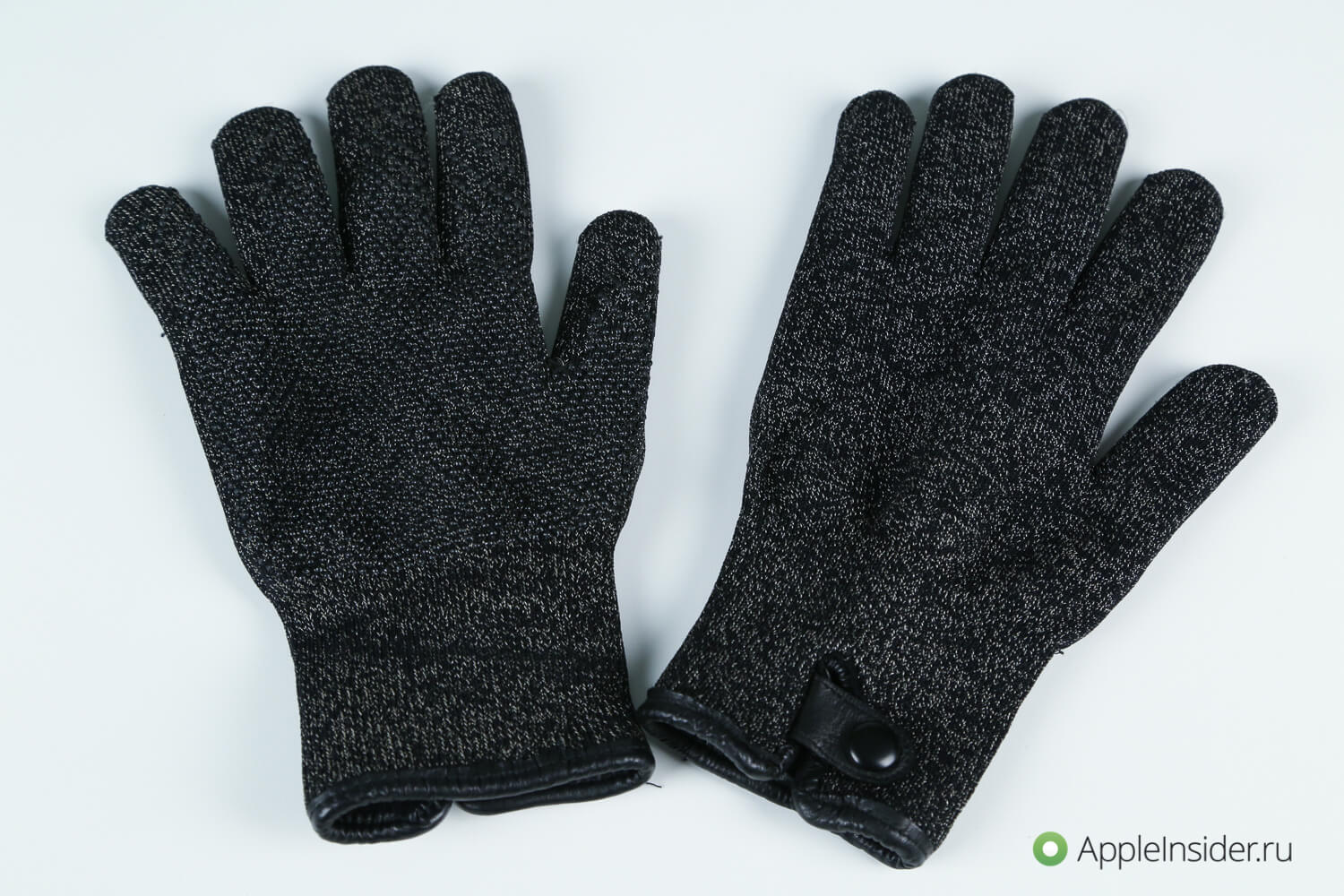 So the phone does not slip out of hands, the outer surface of the gloves from Mujjo in silicone bumps. Handy, not only for iPhone but also any other action — for example, I rode with them on a snowboard. 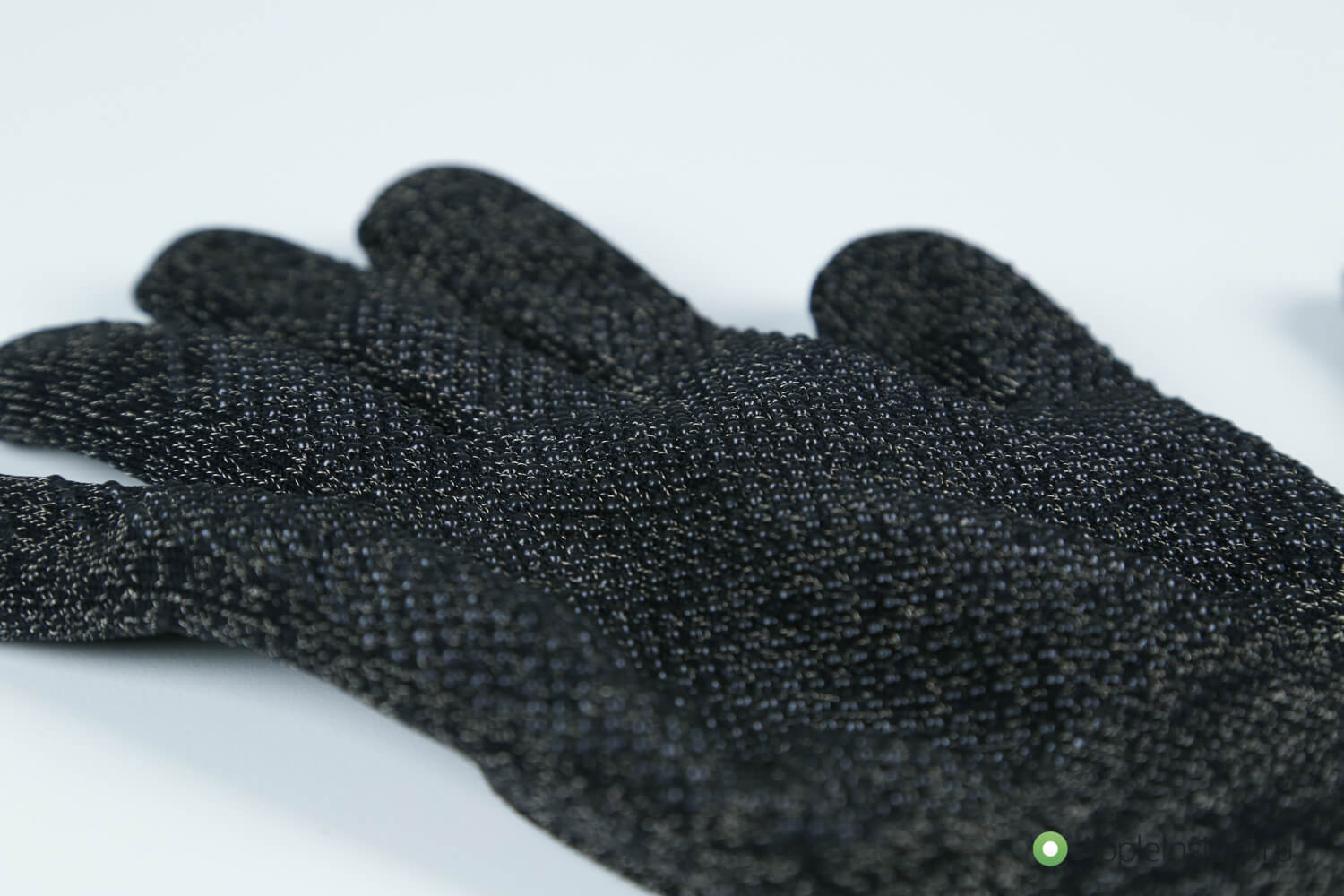 Due to the special fasteners maximum gloves contour to the hand, while they simply sit in small or larger hands — this elastic material is stretched. Although select sizes will be useful too: for men will be the optimal L and for women M. 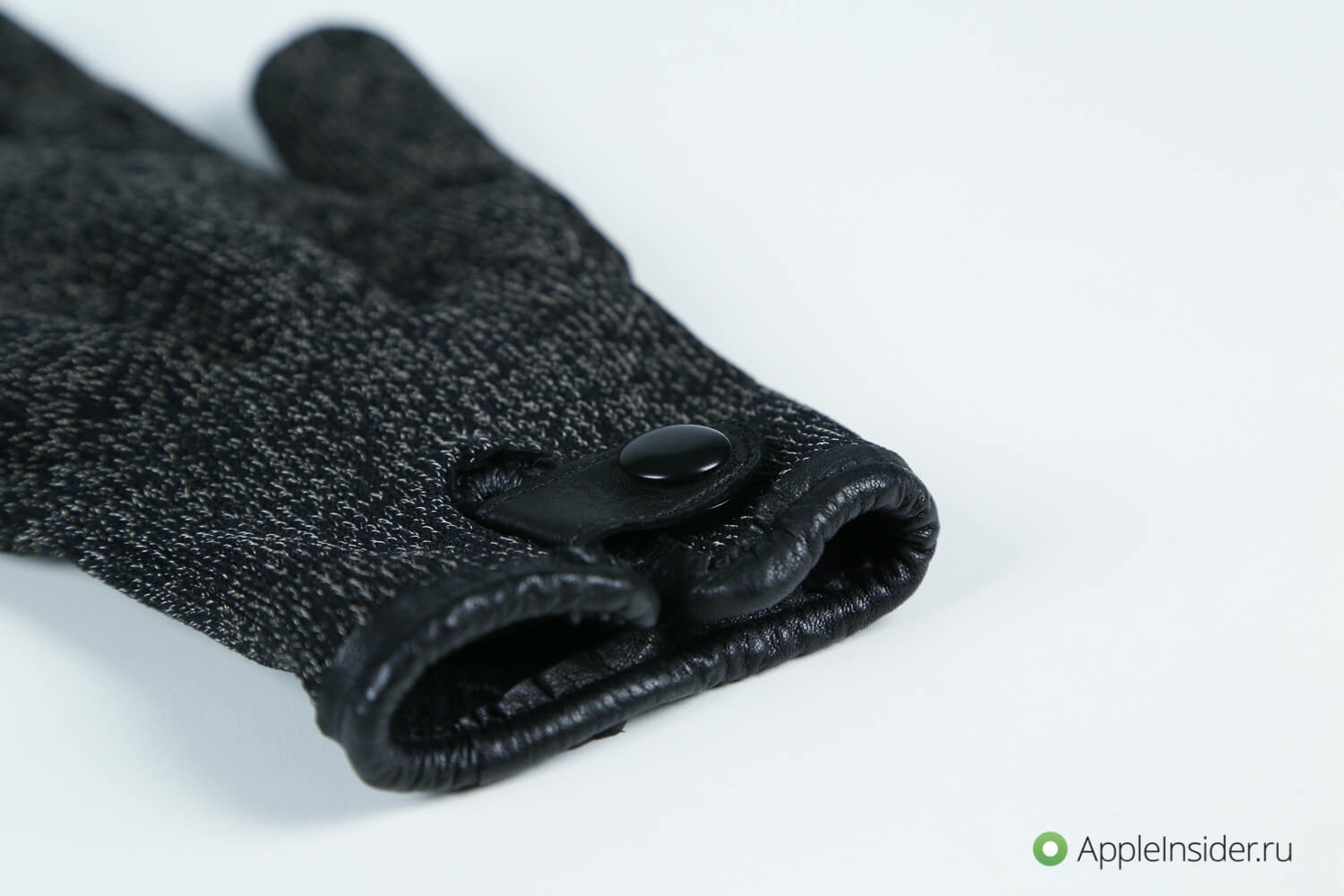 As gloves behave in extreme cold? To be honest, when it was 25 degrees below zero, hands still cold, even if not immediately. However, the manufacturer does not claim that the gloves will be good to warm at such low temperatures. Due to the special texture of acrylic with wool, they retain heat well, but I would recommend wearing them to -20 degrees. 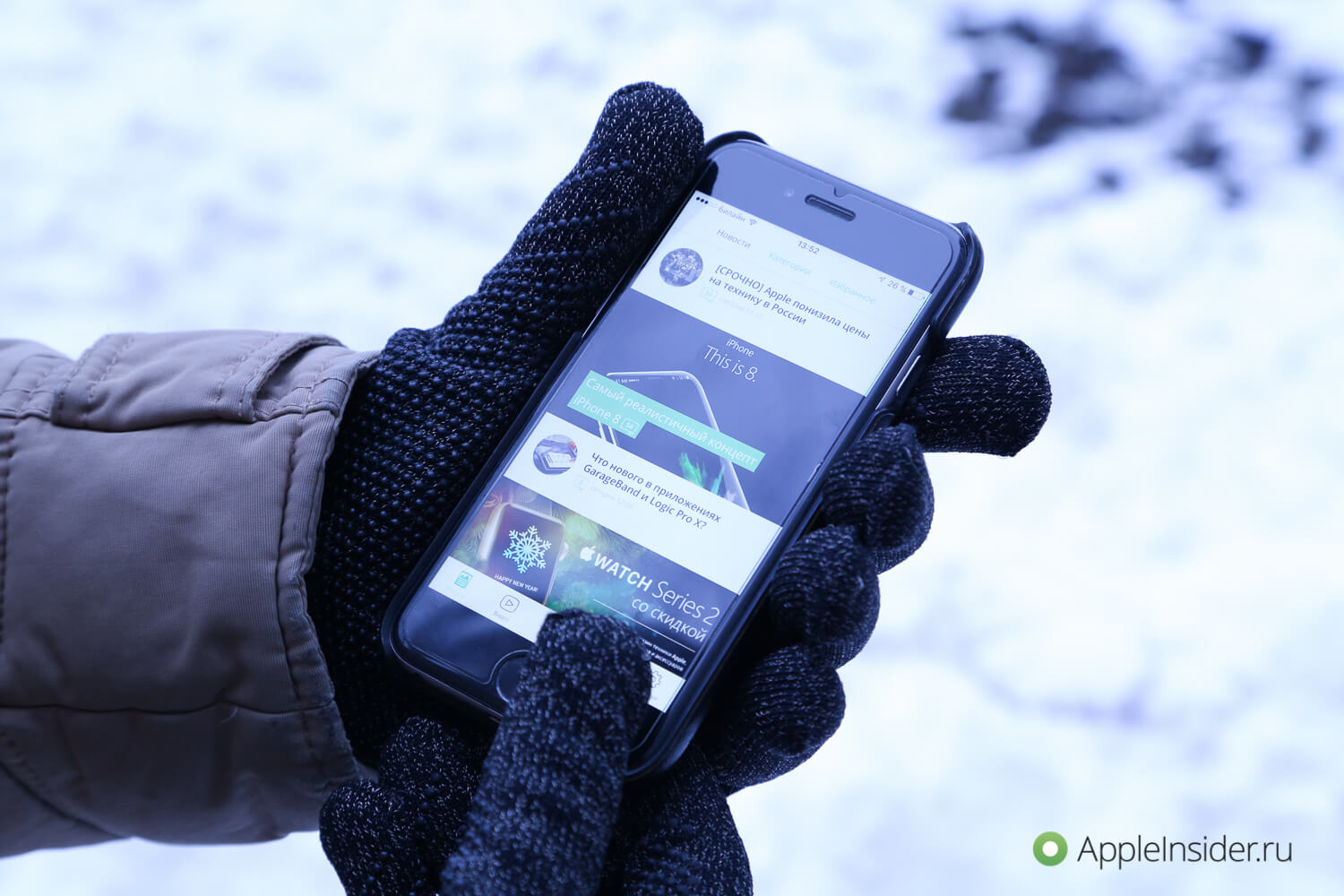 The fundamental difference from other touchscreen gloves — you can interact with your iPhone or iPad with all your fingers, not just thumbs or index. In addition, the gloves have high precision pressing, it is possible even on small screen elements to get easily. Use gloves Mujjo is possible not only to iOS devices. 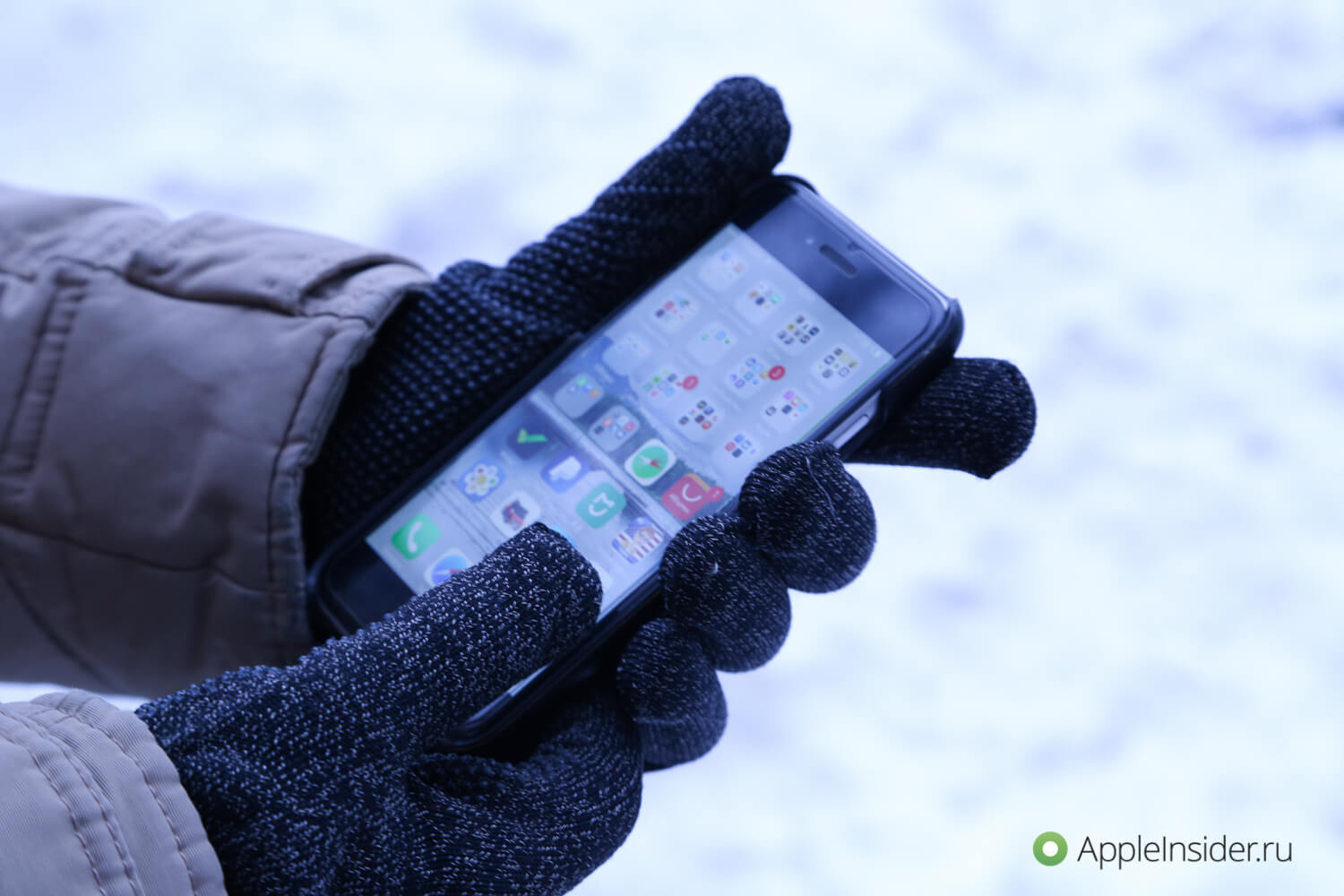 On the manufacturer’s website you can buy not only gloves double layer, but single layer and even leather, depending on your preference. There is a delivery to Russia.