Since the release of Windows 10, Microsoft is trying to convince users that updating them is vital. Not long ago, the company made an ultimatum to abandon the upgrade was almost impossible, people want this or not. Reviewers Gazeta shared instructions on how to avoid forced updates if you want to make a decision about installing Windows 10 on their own. 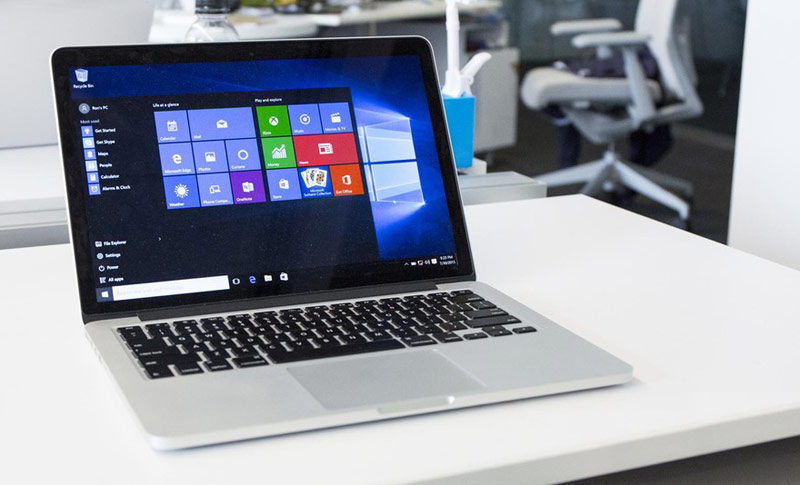 Microsoft is set quite optimistic about world upgrade computers to Windows 10: by 2018, she hopes to overcome the mark of 1 billion devices with the new operating system.

Less than a year, Microsoft managed to get their ranks more than 300 million devices on Windows 10. While it is unlikely that figure would be as impressive if not for the aggressive actions of the company, which sometimes force users to install a new version of the OS.

Constant offers to upgrade, which is impossible to refuse, free distribution system, an exclusive project for Windows 10 — it’s all part of a big plan to conquer computers all over the world.

Despite all the benefits of the system, many do not need the upgrade and they wish to remain on the beloved “seven” or even XP. But Microsoft has a different vision, so the company constantly changes the system updates, and each time to refuse the offer becomes increasingly difficult.

A proposal may appear at any point in the operation of the system. In addition, a growing number of complaints appears that the system has been updated even without notice to the user. Worth a few minutes to step away from the computer, and this time, you can begin the process of installing a new system. Or install Windows 10 may occur after a system reboot during the installation of the new service pack. 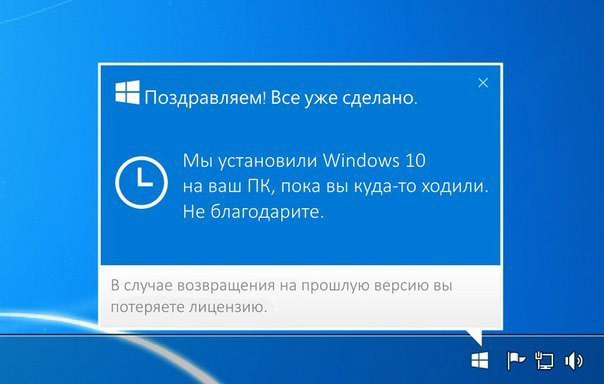 Permanent changes occur and updates. First, he lost the opportunity to refuse the upgrade, and the choice was only between “Update now” and “Update night”. The usual closing the window doesn’t help — soon it appears again.

Now, when the free upgrade in less than two months, Microsoft is going broke and would have to abandon it.

Of course, Microsoft argued that the choice always remains with the user, but now the rules are even harsher, so the system allows you to change the time the updates only once, after that the process starts automatically.

But if the user needs more time to weigh the pros and cons, or he is afraid of losing their old OSes, there are a few ways to postpone the day of judgment update.

For updating the system responsibly app Get Windows 10 (GWX). It displays all those annoying messages and Windows. The app appeared on all computers with Windows 7 and 8/8.1 after upgrading the system and protected from deletion. Not even worth trying to get rid of it, because the application will in any case find the way back to the system during regular updates.

Everything connected with the transition to Windows 10, gets into the computer via a small system update, so the most effective way is to just disable all updates.

After that, if there were suggestions about upgrading the system, you should clean the computer. To this end, many enthusiasts make their own tools and remove everything that has something to do with the annoying upgrade.

But you have to be careful. First, software is written by enthusiasts, full guarantee correct operation, i.e. in rare cases they can ruin something in the system.

Disabling automatic updates is a risk that this will skip a critical update that corrects system problems and protect you from new threats. Therefore it is necessary to selectively remove only those updates that are responsible for installing utilities GWX. 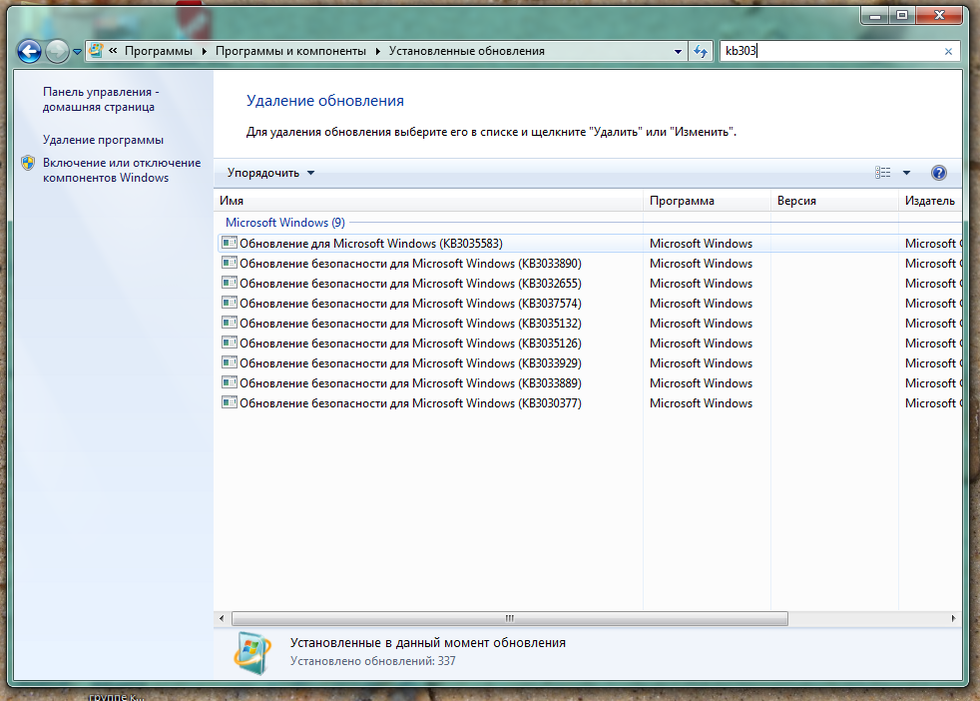 You can act and via the command prompt (CMD). You need to run it and enter the following line: wusa/uninstall/KB:3035583. And to do it with all numbers from your list above — those that are in the system. After the reboot you will have to go to the update center and mark “harmful” to the system again, they are not installed

The next step — you need to disable the OS update at the registry level. For this you need to create a key DWORD 32-bit name DisableOSUpgrade at the following addresses (if desired key is not present, it is also necessary to create): 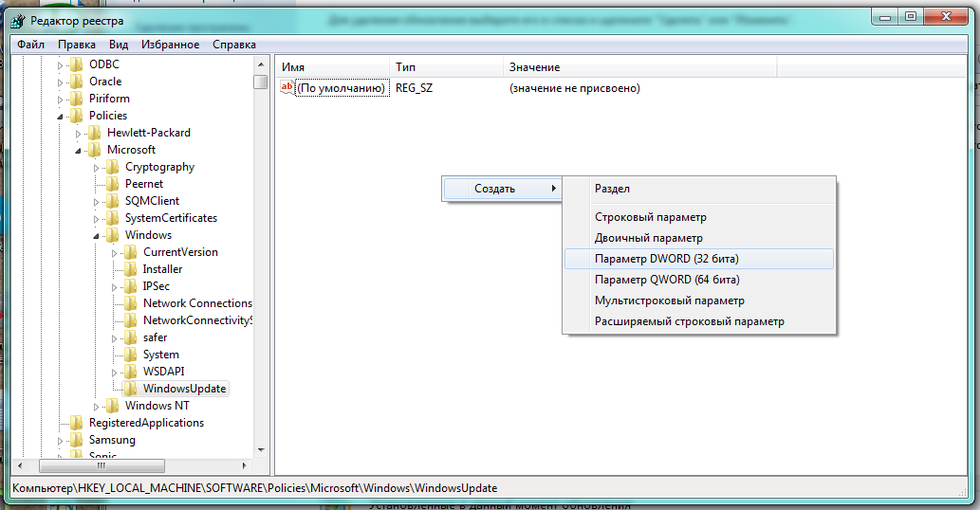 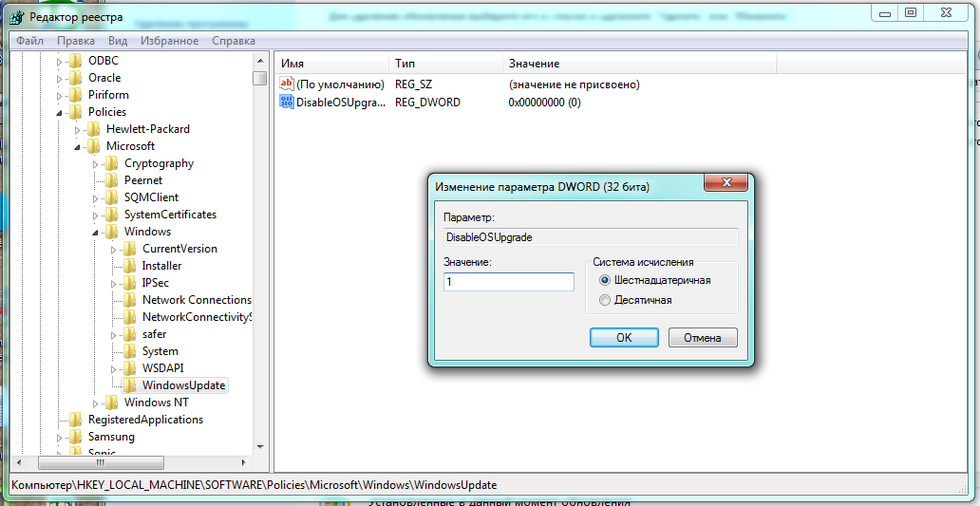 And don’t forget to restart the system. After these manipulations, deals with the transition to Windows 10 should be lost.

Also do not forget that the system has downloaded all the necessary files for the upgrade, so they need to remove. This is done in the standard utility “disk Cleanup”. After scanning the system you just need to click “Clean up system files”.