What are waiting for professionals from the Mac Pro next generation

Not long ago, Apple told about the development of the new modular Mac Pro. In addition to the new professional workstation line of products will complement the new monitor, the development of which the company had previously refused. About new Apple products is little known. If you ask professionals, most will agree that the company needs to go back to the old design workstations. Many hope for a standard slots to upgrade components that will not be limited to a few standard options. 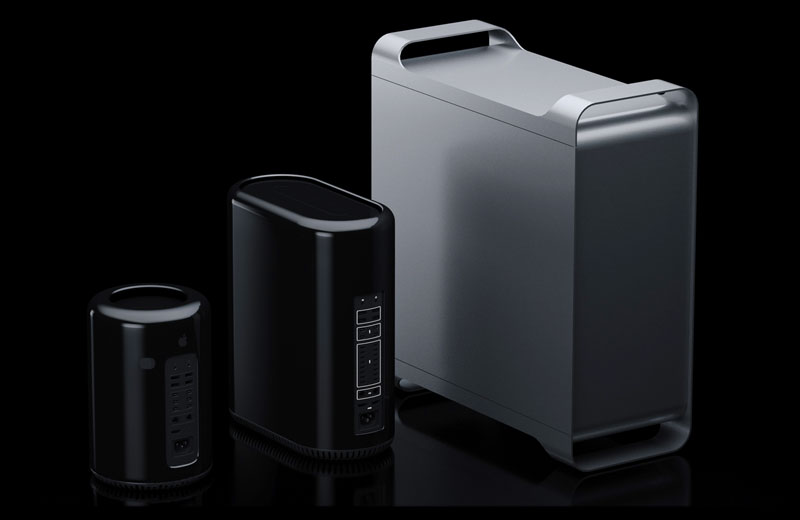 Of course, even among professionals requirements for the new Mac Pro are different, but they all want to get the ability to upgrade processor and graphics card.

In addition to the updated components, there are a few interesting ideas. For example, the technical Director of the IK Multimedia David Barbe noted that for professionals in the field of audioproducts it is necessary that the computer was as quiet as a MacBook Pro. Vice President MacPaw Kevin La Rue suggested “quick connect several Mac Pro and multiple users”, that will be useful not only to developers, but for ordinary consumers. 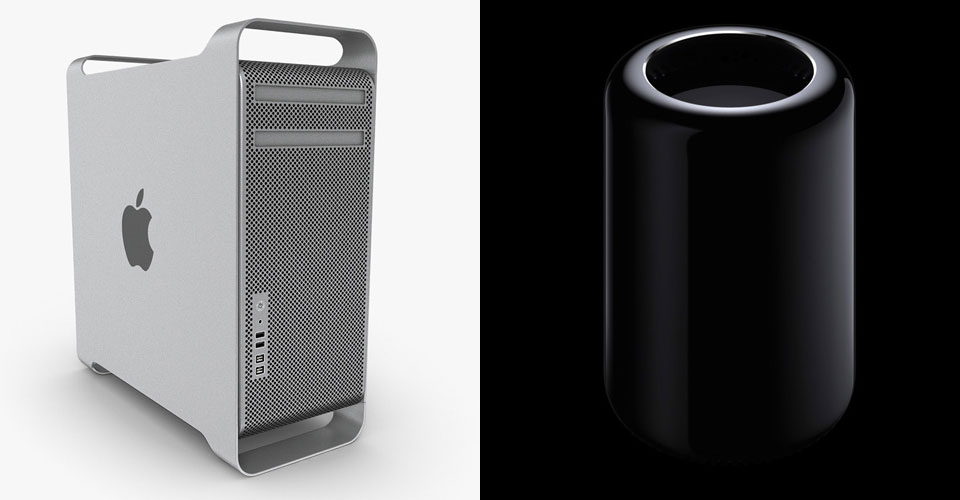 For longtime Mac fan, Aaron Bayley, who worked as a Director at Disney, Apple Pencil support on Mac and compatibility with Crintiq – it is not surprising the wish in addition to expandable memory and a custom GPU.

At the moment, many professionals do not use Mac Pro due to obsolete hardware, they chose the iMac and MacBook Pro. Often “Proshka” is used in the server and the studios, where silence is important.

9to5Mac asked the professionals about their wishes to a Mac Pro next generation. MacDigger publishes a translation of the article. 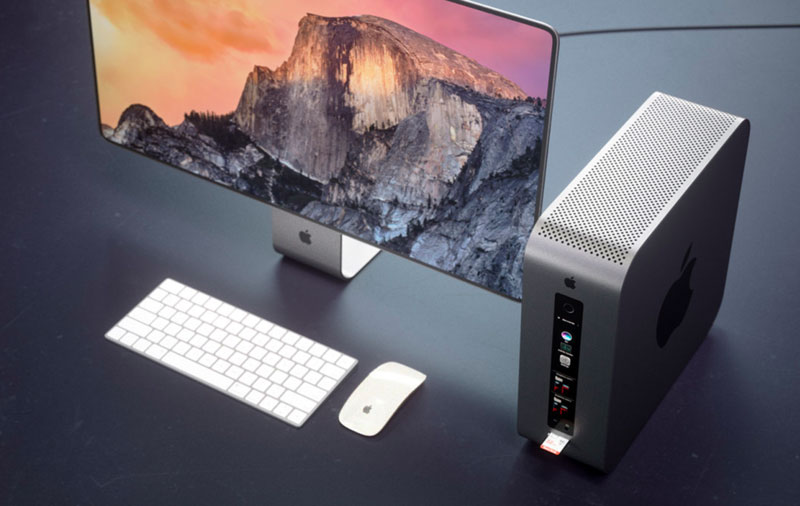 Paul Haddad – co-founder of Tapbots, the developer of iOS and Mac:

“The most important thing I need right now from Apple is a faster processor core. I compile code all day long, and the current 12-core Mac Pro is a beast when running large compilations, but during the small incremental tasks that use only one or two cores, starting to feel the age of the machine. Current desktop Intel processors by approximately 2 times faster in single core tasks than the Mac Pro.

In addition, I don’t want to buy a new computer for $5000 because Apple decided that for some new features, which are necessary for tests, required BT 6.0 and I can’t just go and change the card for $100… Personally, I would be happy if Apple just sold a couple of “blessed” motherboard will use Dual Xeon processors and can work with conventional desktop-class processors (1151), and stopped trying to make something that can be put in a Museum of art…

“For many years I have used the previous modular Mac Pro. I loved it. These were real workhorses. They are still well show yourself in the field of digital illustration and Photoshop. But, in the end, they began to slow down my workflow because of the age, as I increasingly needed a video editing.

Must say that I really like the latest Mac Pro, but it has serious flaws. Now, what I want to see in the new Mac Pro:

Michael Simmons is co-founder of Flexibits:

“For hardware key importance is the presence of the proprietary expansion slots. Professionals know what they want, and so I wish to obtain the possibility of extensive customization of the computer depending on the required task. I hope that Apple will use standard connectors (e.g. PCIe) and will simplify the process of upgrading components.

Once Apple has released pro devices with standard slots, so we could use different components. This provided a real control and customization of what you have. Now we have: macOS and diverse market (from the point of view of the CPU, GPU, etc.), It would be great to have a really customizable Mac. Yes, and of course, everything should look and work in the style of Apple. Make it similar to the old Mac Pro!”.

“The first thing I want to see as a photographer – matte screen. The current choice is limited only glossy displays, which look more aesthetically suffer from the glare. I have a Mac Pro, but the last year I use a MacBook Pro (MacBook Pro, Retina, 15-inch, mid 2014) with an external Eizo monitor as your main machine. This model has USB ports and a SD slot that does not have a new generation MBP”.

“I like the look of the old Mac Pro, so I kind of like him but a bit smaller and more modern would be ideal. Something in the style of a mini PC, if there is a place for full-sized graphics card or even two. I’ll be happy.

Now I have a Hackintosh Pro (https://www.dancounsell.com/articles/building-a-hackintosh-pro) and the 15-inch MacBook Pro with Touch panel Bar. Work with them about the same time. If Apple offered a comparable Mac Pro (which could be upgraded), I would prefer it, even if the price was more.

“Basic functions that could benefit us and our users, when working with the new Mac Pro, — quick connection of multiple Mac and multiple concurrent users. Professional photographers who use our software probably appreciate the ability to customize the computer to fit your requirements… we would also need to be able to simultaneously work with BootCamp and OS X.

We don’t use a Mac Pro for development work, because it does not give us any advantage compared to other Apple devices. It is more convenient to work with the design on the iMac 27″ and develop on a powerful MacBook Pro, which are very mobile, have good graphics and processor… But it would be useful to also have a Mac Pro for virtualization and clustering. Especially useful in the allocation of resources Mac Pro between multiple tasks.”

“For us the biggest disappointment was that Apple decided to abandon the release of the Thunderbolt Display. At our office more than 100 monitors, and I like how they fit into the interior. I just cannot imagine a replacement.

Over the last decade has seen a huge shift towards cloud services, but there are still apps that can only run on specialized hardware Mac. And you do not need to stand on your Desk. In principle, it is possible to give to each according to his computer, but I would prefer to install a dozen in the server room and have them remote access. It would be nice to have a few ports 10-Gbit Ethernet and the possibility of a free upgrade hardware.

90% of the devices we use – MacBook with Retina display. They allow us to stay mobile. We also use iMac with Retina display, but mainly for tasks related to design. And we have several Mac Pro, but they usually stand in the server room and perform some remote tasks, such as Assembly and testing of our products or local storage”.

“Personally, I think that the PowerMac G5 was the beginning of the transformation desktop computers in the workstations. What I would like to see from Apple is a return to the promising desktop computers can be upgraded. I work on iMac (granted in 2012), because it is the only any working computer from Apple, although it has a number of serious problems (Fusion drive, etc.). I could solve the problem trivial, if it was a PC. Miss my PowerMac G4 (which I upgraded all the RAM, HDD, GPU), and it is a small desktop device I want to see, not something like the current Mac Pro for $3000+. Intel Core, not just the Xeon or ECC RAM. And, above all, the full competitive GPU, which today can offer no Mac”.

Vera Tkachenko – head of the team at MacPaw:

“Remember that day, when he was presented the Mac Pro. We were delighted and ordered it to our office. He looked so cool and futuristic. It soon became clear that Mac Pro is not a mandatory tool for developers for Mac and iOS and can be replaced with a MacBook Pro. The capabilities of a laptop was enough to develop applications (coding, compiling, etc.). MacPaw designers have started to use a Mac Pro for video editing. Although at the same time the Mac Pro was not the best tool for video editing (iMac could do the same). So Mac Pro is not idle in vain, we began to use it for continuous integration systems (we use Bamboo from Atlassian). He copes with this task. Although I can’t say that this solution is the best in terms of price and quality. A Mac mini can handle this job.

Our developers have a huge demand for 13-inch MacBook in the top configuration, but, unfortunately, this model is not… I am convinced that Apple needs to improve the hardware and let third-party companies to develop hardware solutions for end users. And Apple and third-party developers should have that opportunity.”

“The features that we would like to see on the new Mac Pro:

In IK, we primarily use a Mac, I’d say in 90% of cases. Basically it is a MacBook Pro, and iMac. We also still use Mac Pro for the reasons mentioned above. This is a great computers, extremely good and very convenient for installations and studios. They are not noisy. We would like to be able to use both OSX and BootCamp with Windows as an alternative. We develop multi-platform software, and we need to work with both OS X and multiple versions of Windows”.

Oke Okaro, the founder and CEO of a startup Burner Fitness:

“Monitor from Apple will be a great start. It is very difficult to find memory for Mac Pro at a reasonable price. Now we primarily use a MacBook Pro, but we have a Mac Pro for video editing… the biggest drawback, apart from the limited RAM, is that external hard drives work with the USB 3.0 standard. We found an inexpensive mobile external drive that support Thunderbolt. SATA interface, which is standard for hard drives, has a transfer speed of 6 GB/s, so actually it’s not a problem, the problem is hard drive speed. Speed USB 3 ranges between 60 — 480 MB / s, and this is the main performance problem. We have no simple solutions, but, if I were Apple, I pay attention to it because, unlike ATX or even micro ATX, used in third-party assemblies, the Board does not allows you to use multiple hard drives with SATA”.

“Apple has already released a modular Mac Pro, which was very popular among users. The only problem was the limitations of these modules. Yes, you could upgrade your Mac Pro, but, in fact, only once. The main advantage of Apple products is simplicity, but it also creates a problem with the hardware… the Problem with the current generation of Mac Pro is that it’s just a more powerful Mac mini is notoriously difficult from the point of view of an upgrade.

I don’t think Apple will be enough to develop a specification and certification for hardware Mac, as this would create difficulties for vendors. The MacBook is already quite efficient for complex tasks. Apple should offer more options for hardware. The company should provide professionals the opportunity to install a graphics card or SSD from any manufacturer with certified drivers. This, in turn, will increase demand for the Mac Pro in the gaming market”.