What happened to Apple in the second fiscal quarter of 2016 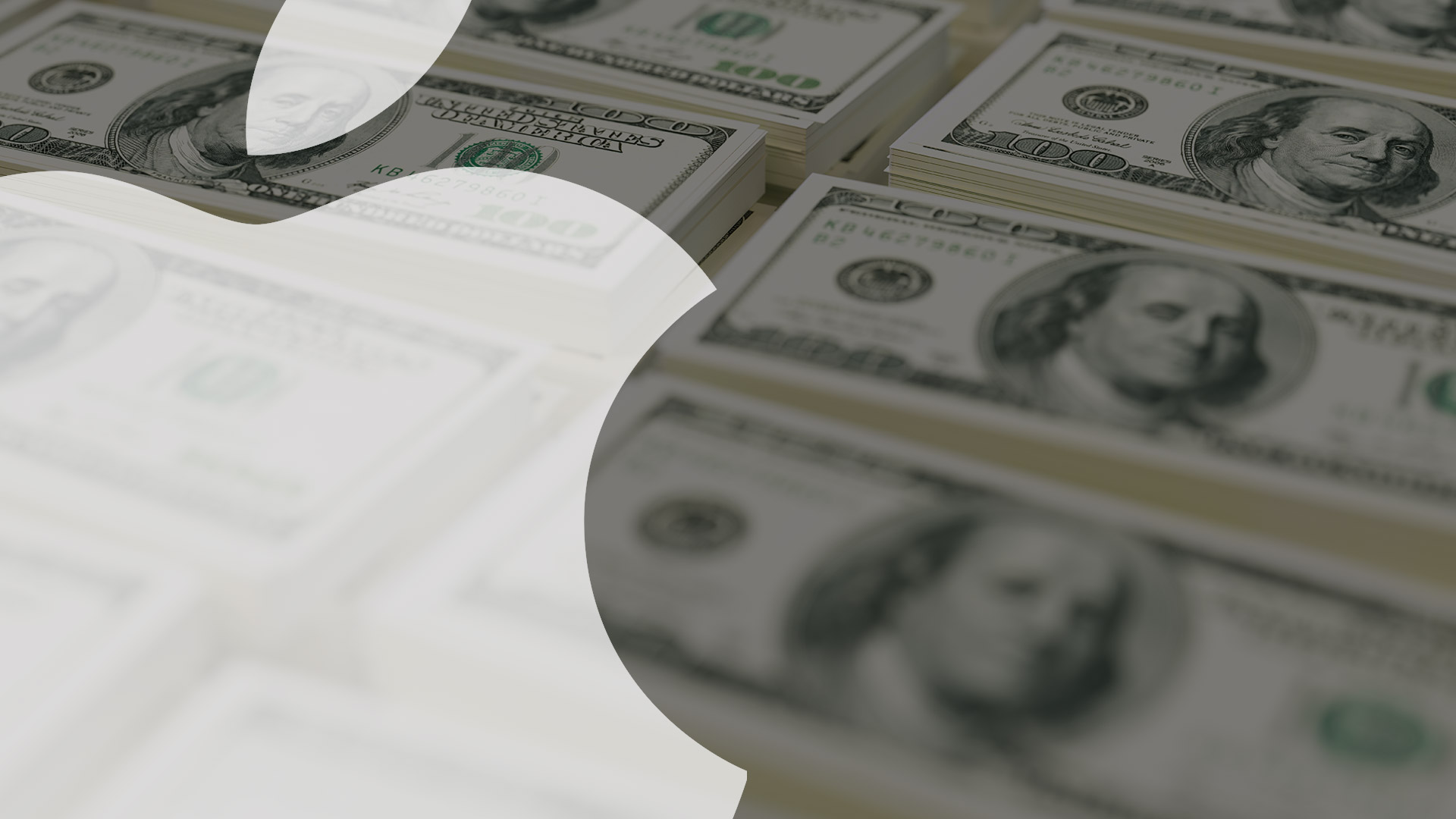 Tonight held another conference call, where Apple CEO Tim cook and CFO Luca Maestri has summed up the work of technology giant for the second fiscal quarter of 2016, which includes the first three months of this year. By tradition, we publish the main outcome of the event, which you can see on the way to work or school.

Dynamics of growth and decline of Apple’s revenue: 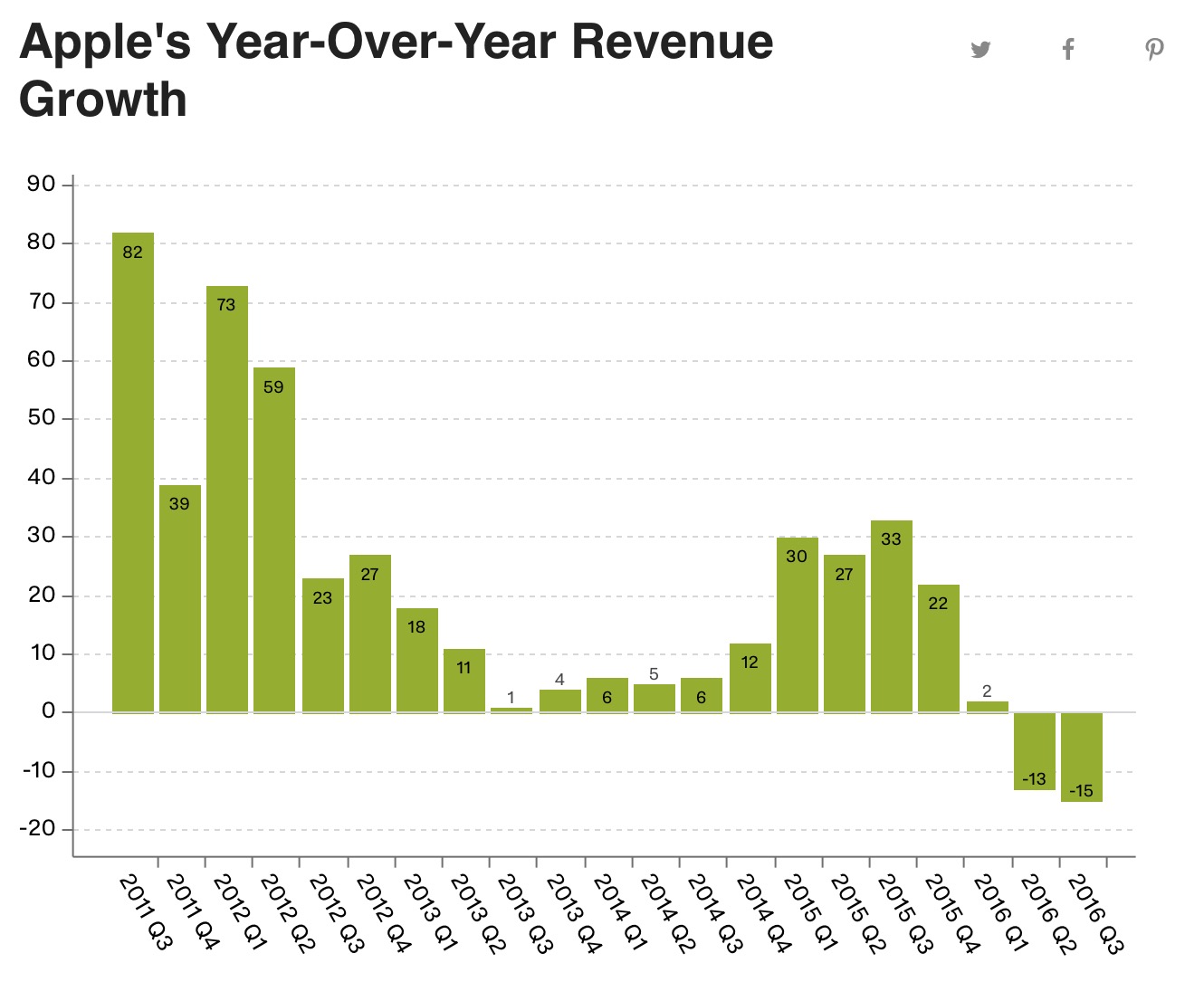 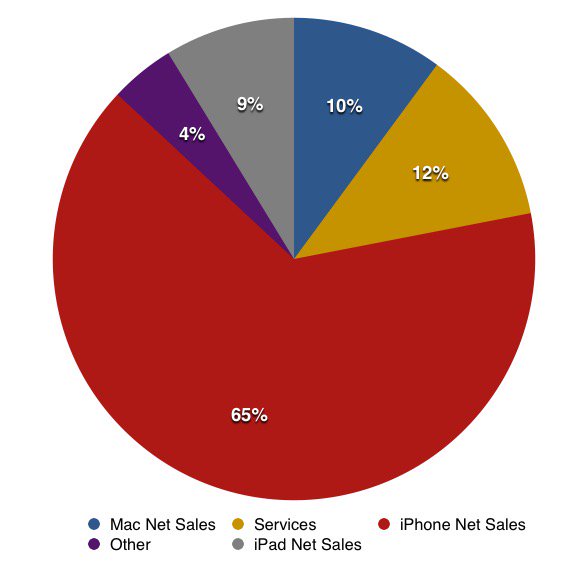 Although this is the first decline in revenue since 2003, she still somehow managed to increase its cash reserve. Yes and if you look at sales, the drop is not that big to sound the alarm. On the contrary, it is quite understandable — in the past quarter Apple has not provided new products, the results of which would fall into today’s report. So far the forecast for the next quarter was also disappointing, but if everything goes smoothly with the iPhone 7, the Corporation will quickly return to its past performance.

Apple shares after these results fell by almost eight percent. Well, a great opportunity to acquire securities of the company.

To compare the current results with Apple from last quarter, you can on our website.