The crew of iFixit has disassembled the MacBook Air new generation to see what’s inside and determine how difficult it will be to repair it. 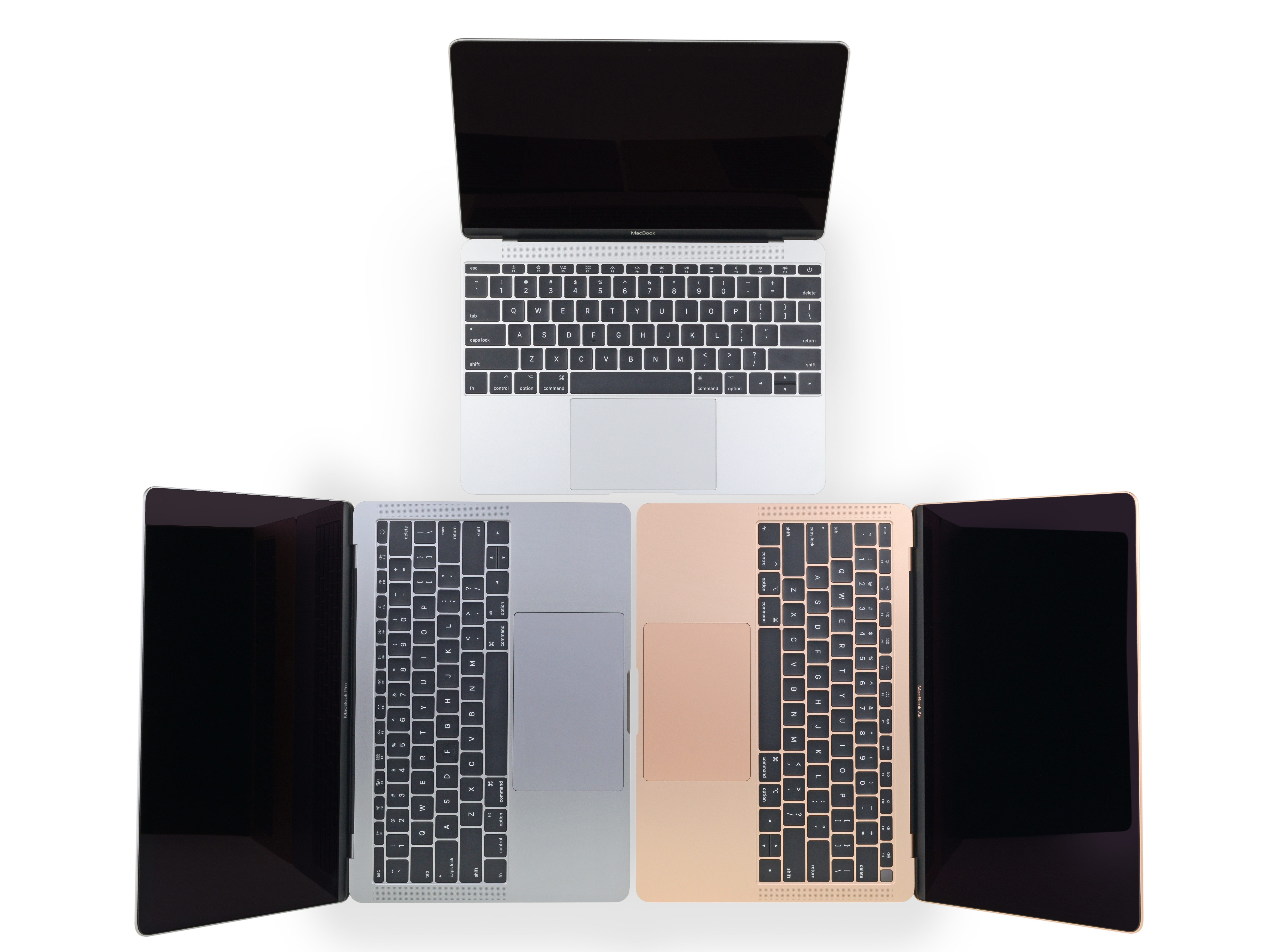 They dismantled the keyboard, but did not see anything special. The developers have installed the latest version of “butterfly” with silicone membranes, which was previously put in the MacBook Pro. Due to the fact that the keys are built into the computer case, in case of repair, would have to completely disconnect and disassemble the entire device, which can be regarded as a serious drawback. 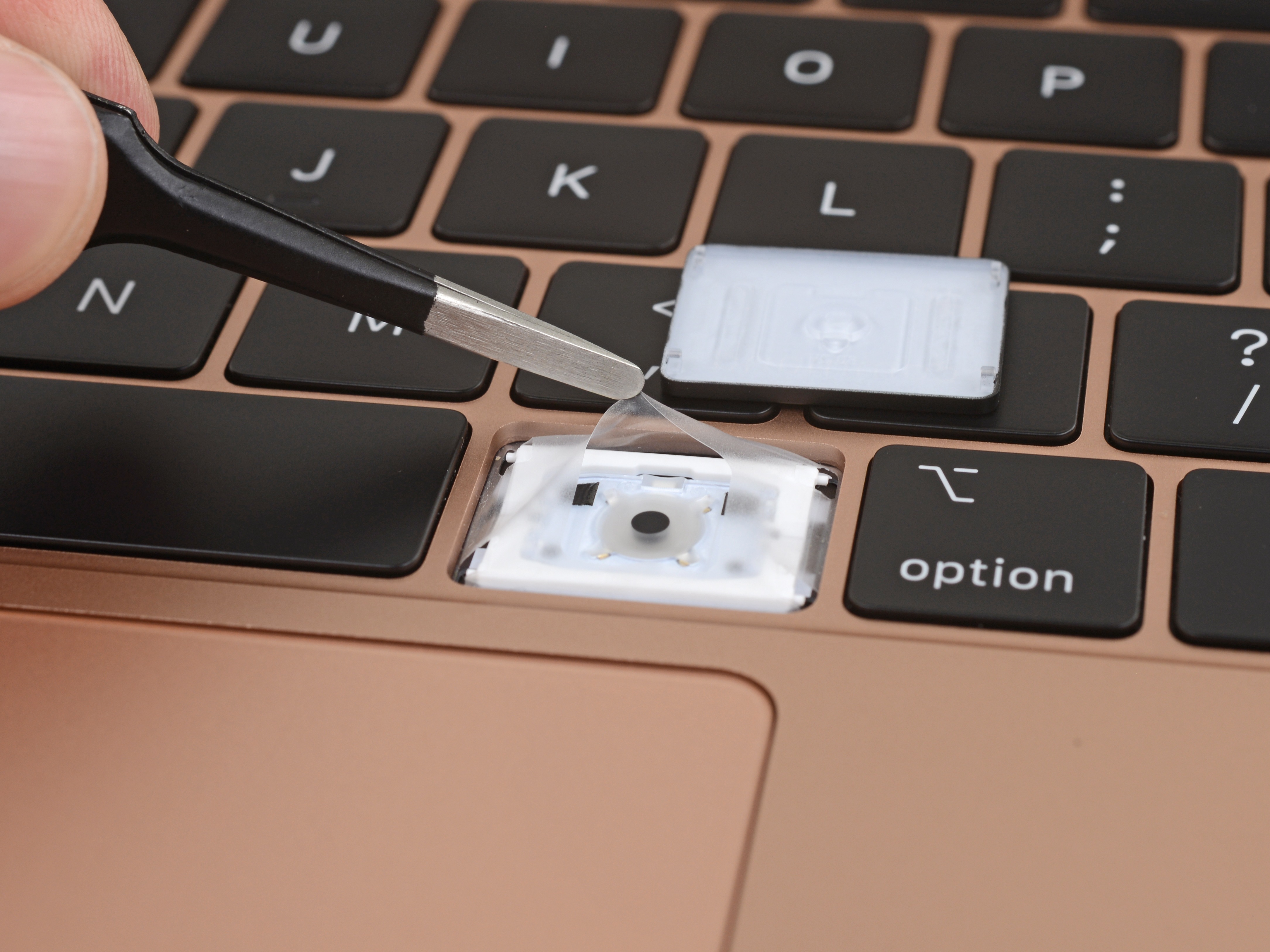 Removing the back cover, the authors found security coprocessor Apple T2 is responsible for data encryption, formerly used MacBook Pro and iMac. Also, the engineers saw a Thunderbolt 3 controller from Intel, 8 GB of RAM DDR3L 2133 MHz SSD PCIe 128 GB (there is a model to 256GB). 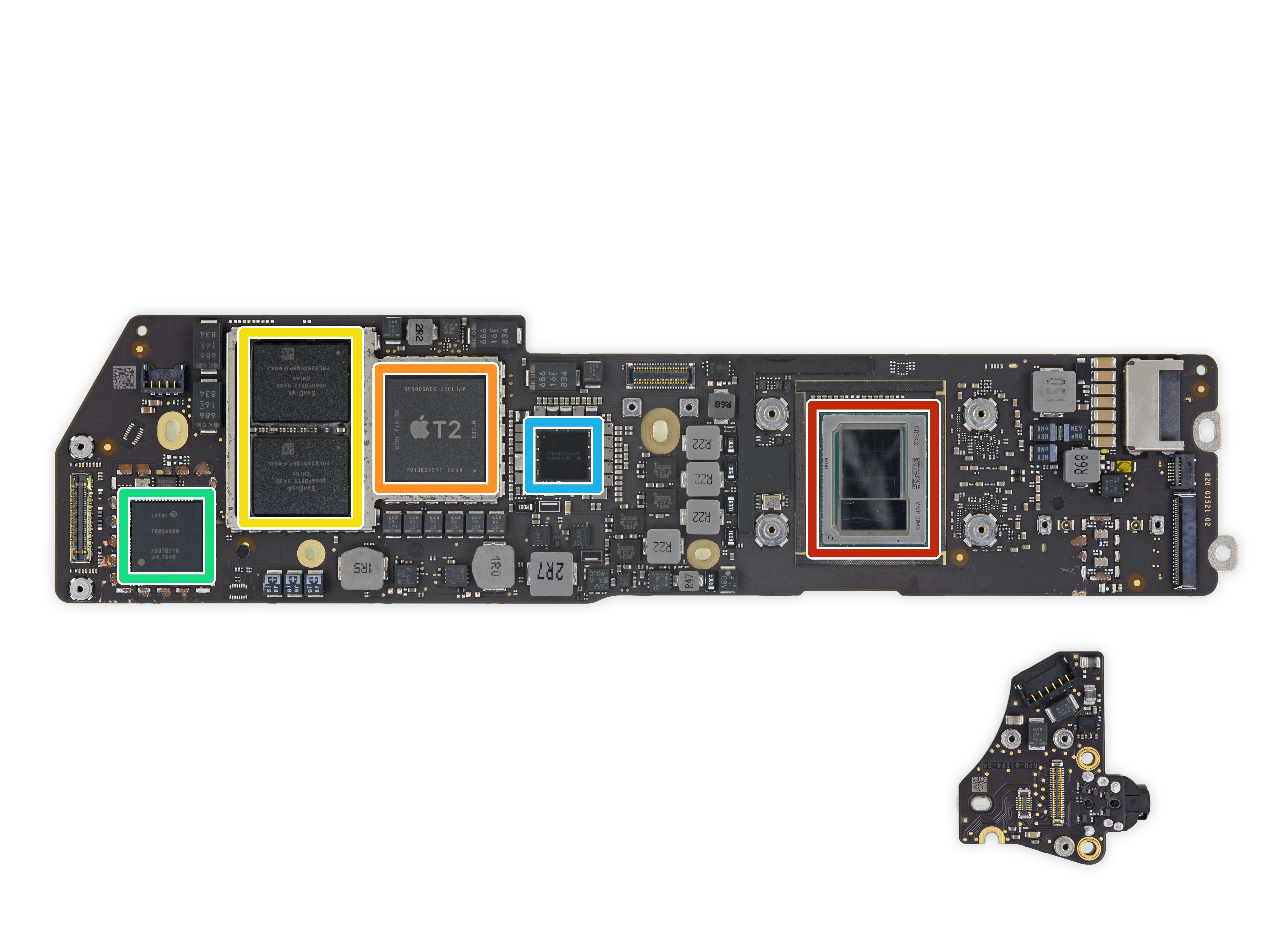 Particularly pleased that two Thunderbolt 3 made modular, as this greatly simplifies the fixation of the device in case of replacement. 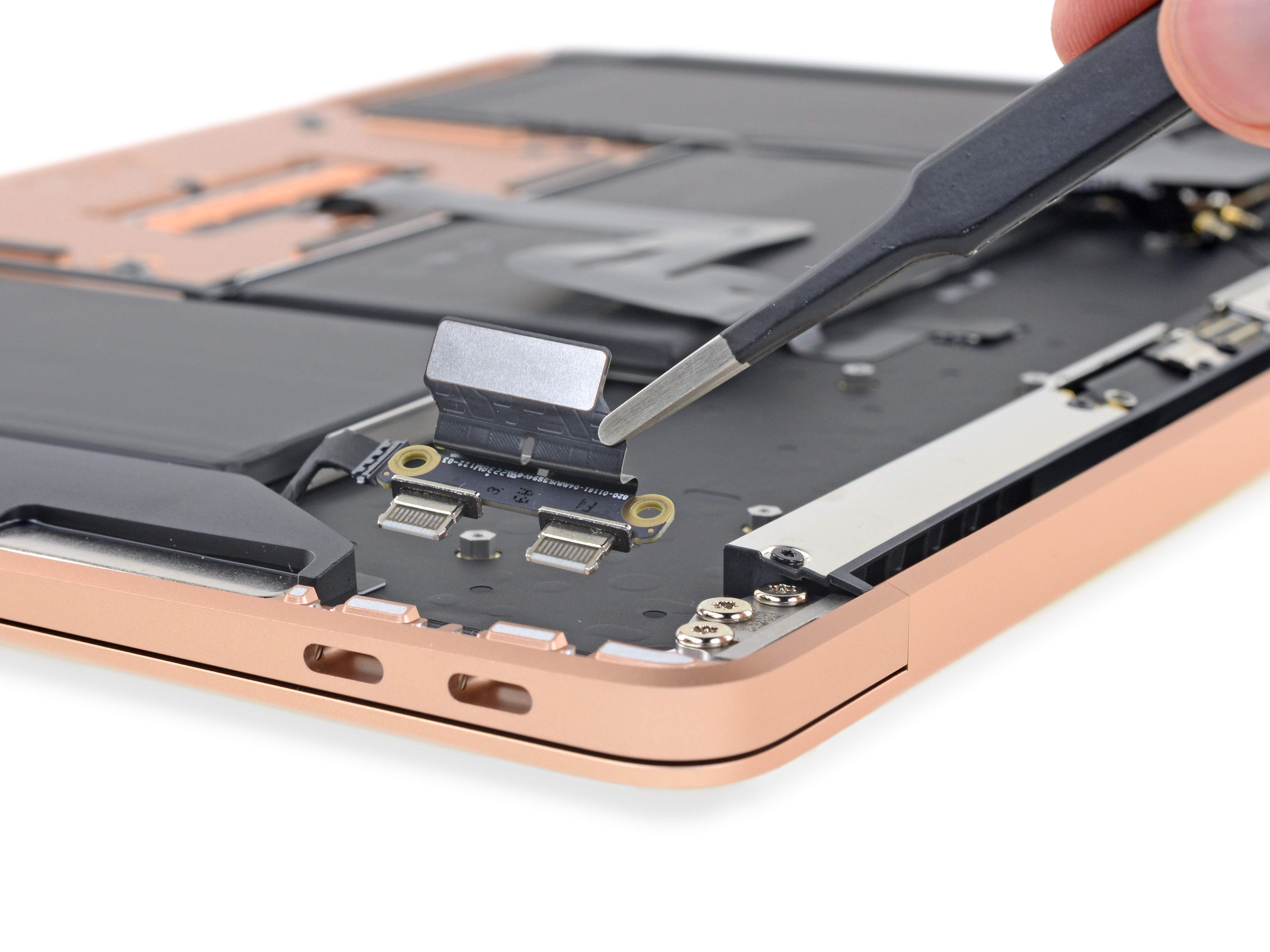 Reporters finally found what you’ve been waiting so long, the staff of service centers. The developers have simplified the process of replacing the battery, installing 10 adhesive strips, connecting it with the body of the laptop. For artists it is much easier, as the use of screws complicates the extraction process of the battery. 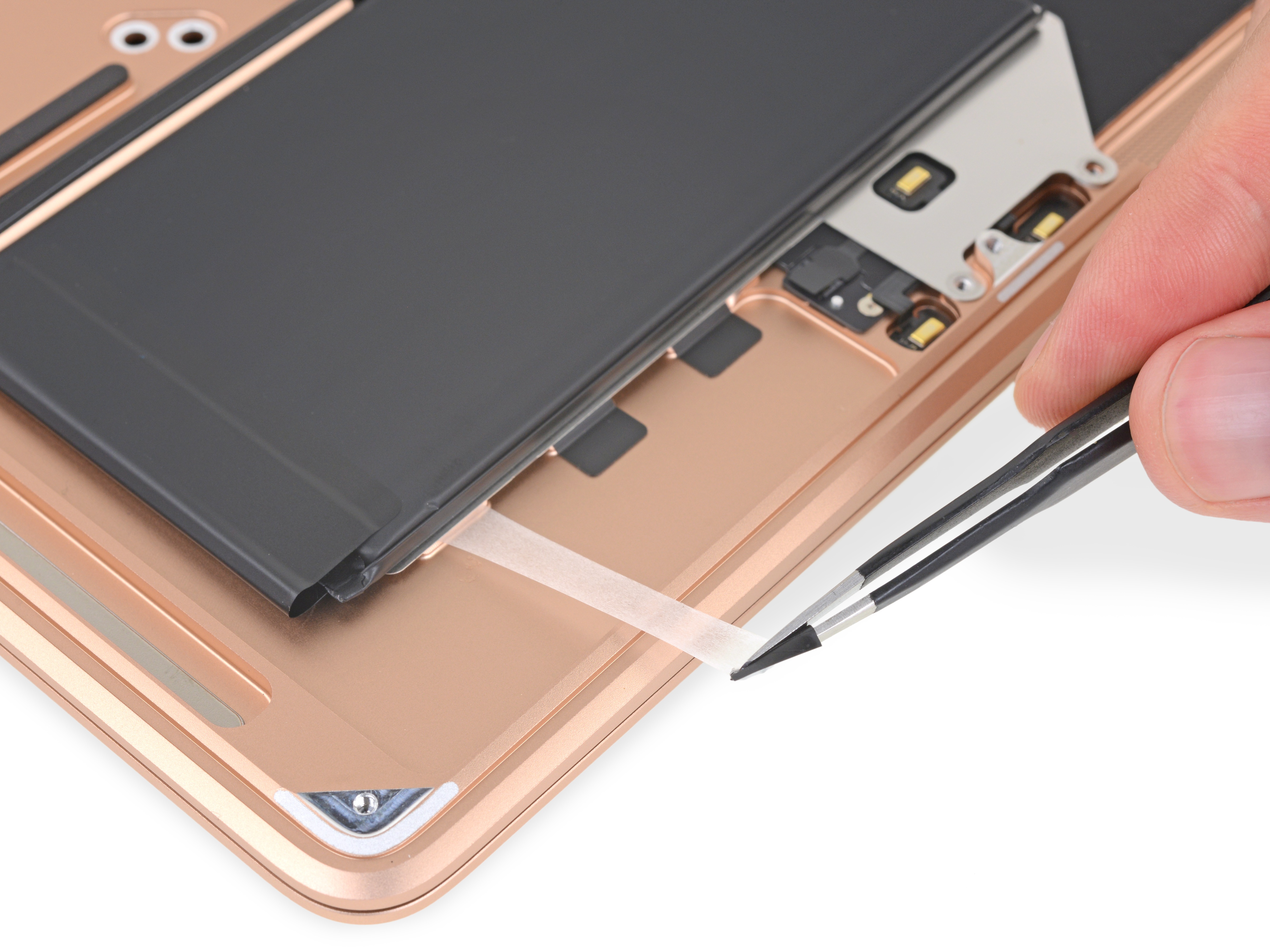 Battery capacity was 49.9 per W/h. by the Way, these strips connect the lid with the speaker. 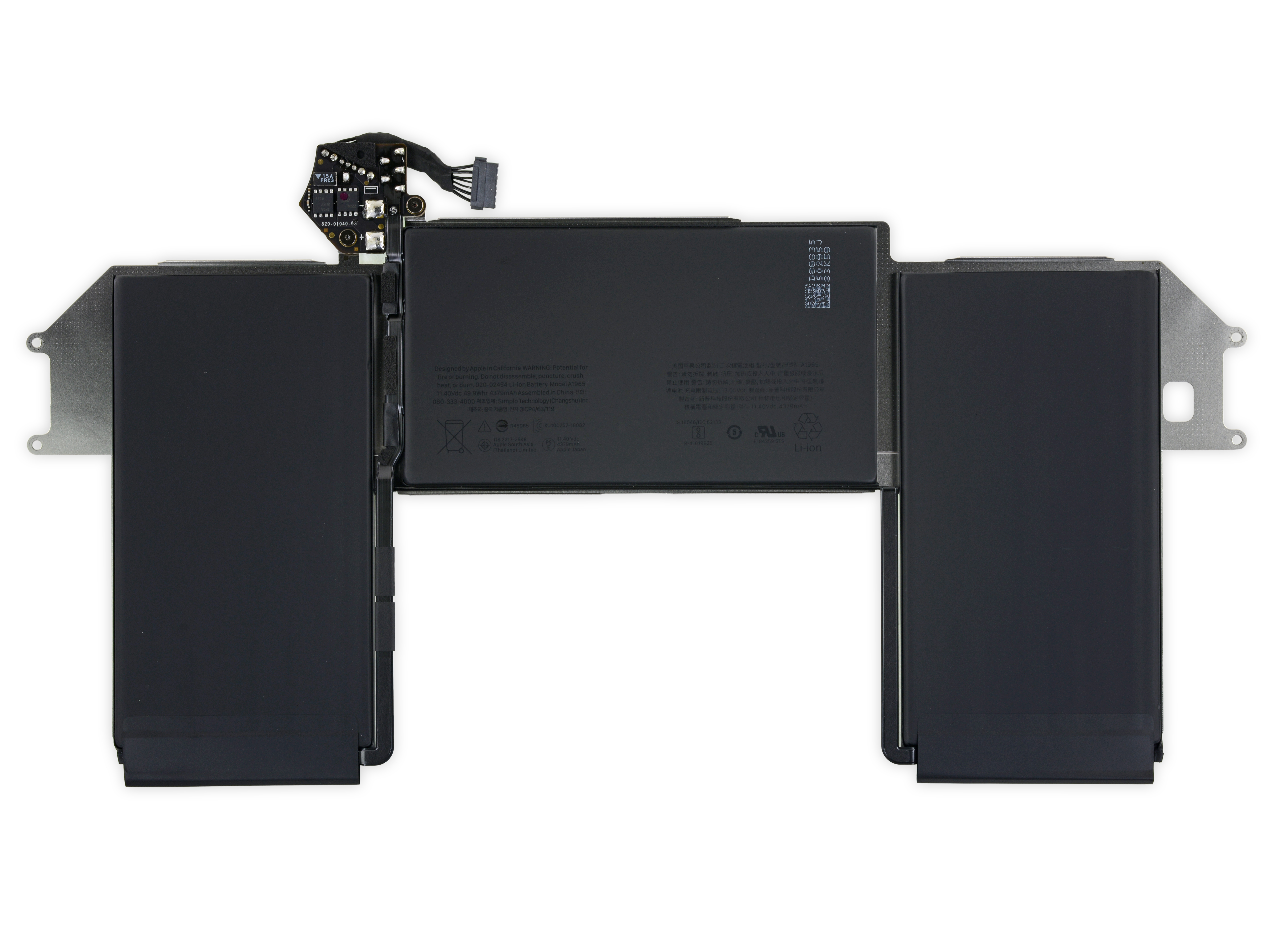 Several distressed trackpad. In its properties it is not especially different from those stipulated in the MacBook Pro, however, Air it for some reason connected with the keyboard via the cable attached to the motherboard. Thus, any repair of the trackpad will be conducted only upon its removal. 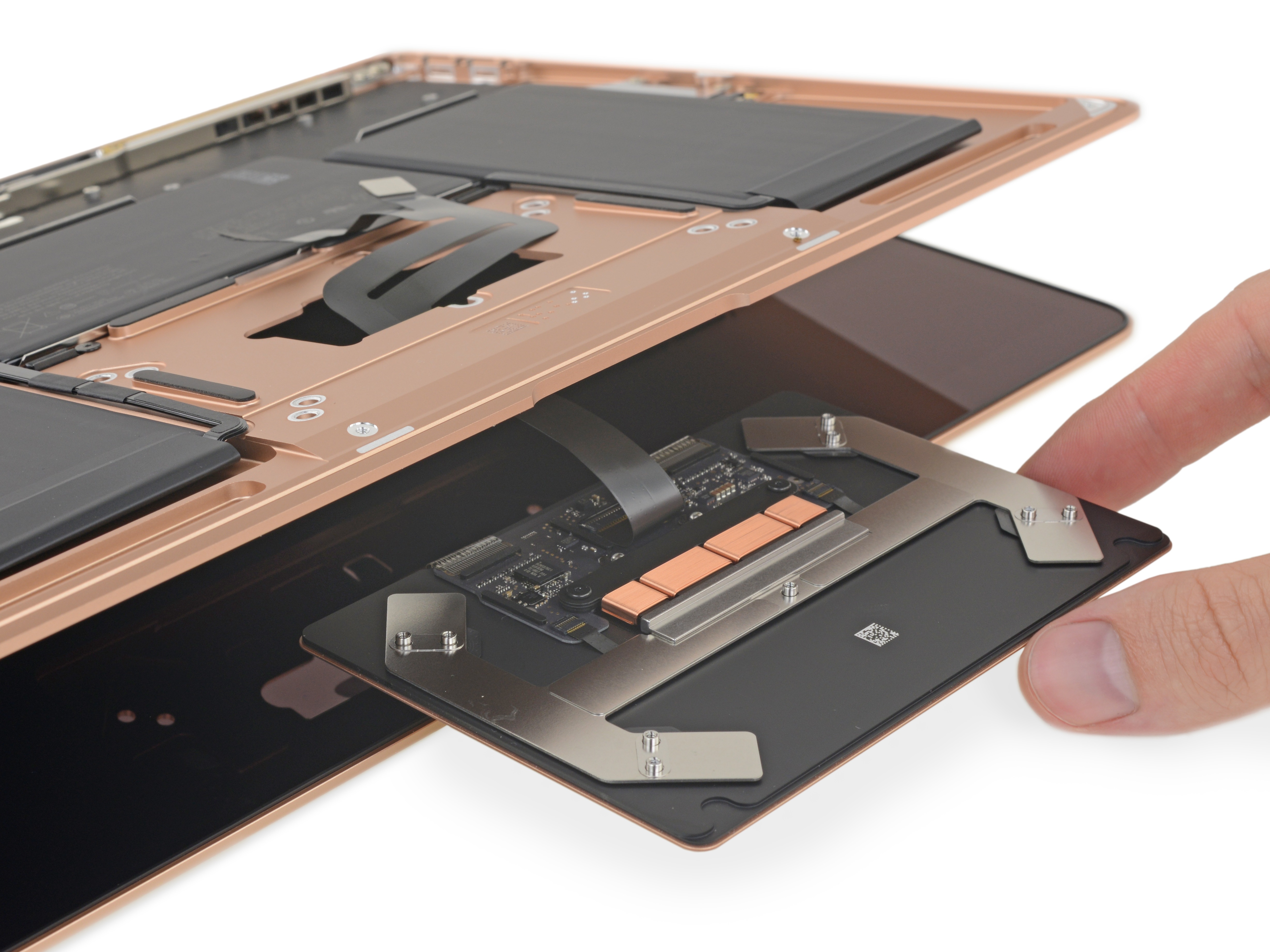 Despite numerous advantages, Apple computers are still extremely inconvenient and difficult to repair. The experts of the portal has evaluated the level of lightness just 3 points from 10. In their opinion, such evaluation is adequate for a laptop, the most remote place which is the keyboard. Another significant drawback to the operational and built-in memory, which is soldered into the motherboard.