Introducing the XPS 13, Dell has positioned the device as the main competitor of MacBook Pro. 13.3-inch laptop, the company can boast of ultra thin frame around the display and a retina screen. How successfully a model based on a chip Kaby Lake oppose the new 13-inch MacBook Pro, decided to look into MobileTechReview. 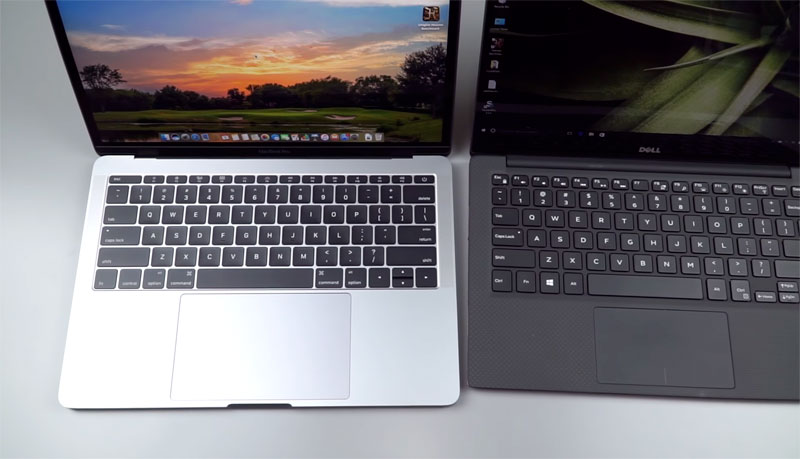 Dell is one of the few manufacturers who managed to beat the MacBook Pro on screen resolution. The 13-inch “Proshka” is equipped with a display resolution of 2560 x 1600 pixels, brightness 500 nits and expanded color gamut. Have XPS 13 screen 3200×1800 pixels. Dell claim that their compact laptop in many respects is a rival of the MacBook Pro.

In the benchmark Geekbench, the MacBook Pro with Core i5 processor generation Skylake showed 3536 and 7192 points respectively, his opponent was a little more productive: the Core i7 allowed to recruit 3648 and 7997 points, respectively. While in the test Unigine Heaven 4.0 laptop Apple beat its competitor, demonstrating an average result of 29 fps compared to 16.5 fps at the XPS 13. 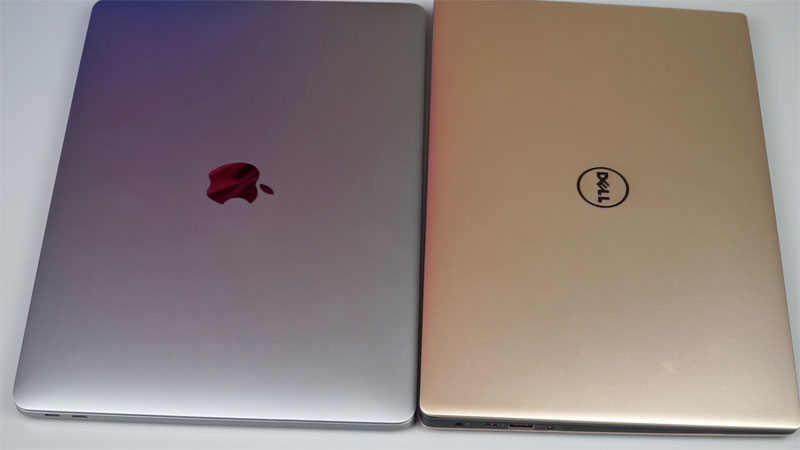 The developers have indicated a great time working XPS 13 battery life — as much as 15 hours offline, which is one of the best indicators in the industry. Apple claims 10 hours of work MacBook Pro on the Network. Both machines in the presence of 8 GB of RAM and SSD-drive capacity of 256 GB. 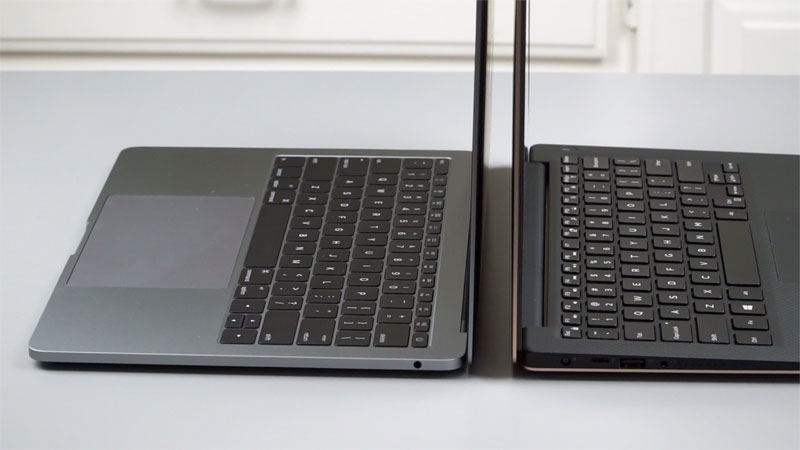 The XPS 13 is slightly thicker but lighter than the MacBook Pro: the first weighs around 1.29 kg, the second – 1,37 kg. among the main advantages of the machine is a Dell that set the reviewers – the presence of “classic” connectors. Of the laptop two USB A, SD card slot and USB-C, whereas the 13-inch MacBook Pro has only two USB ports-S.

Cost XPS 13 was comparable to 13-inch MacBook Pro. In Russia, the Dell laptop is sold at a price of 109 990 rubles Apple device in the basic configuration is available for 119 990 rubles.