On 18 November in Paris opened the Apple store Champs-Élysées. It is a historic building in the centre of the city, which Apple was restored and altered to fit your needs. One of 9to5Mac readers have visited this store and provided detailed pictures of him. 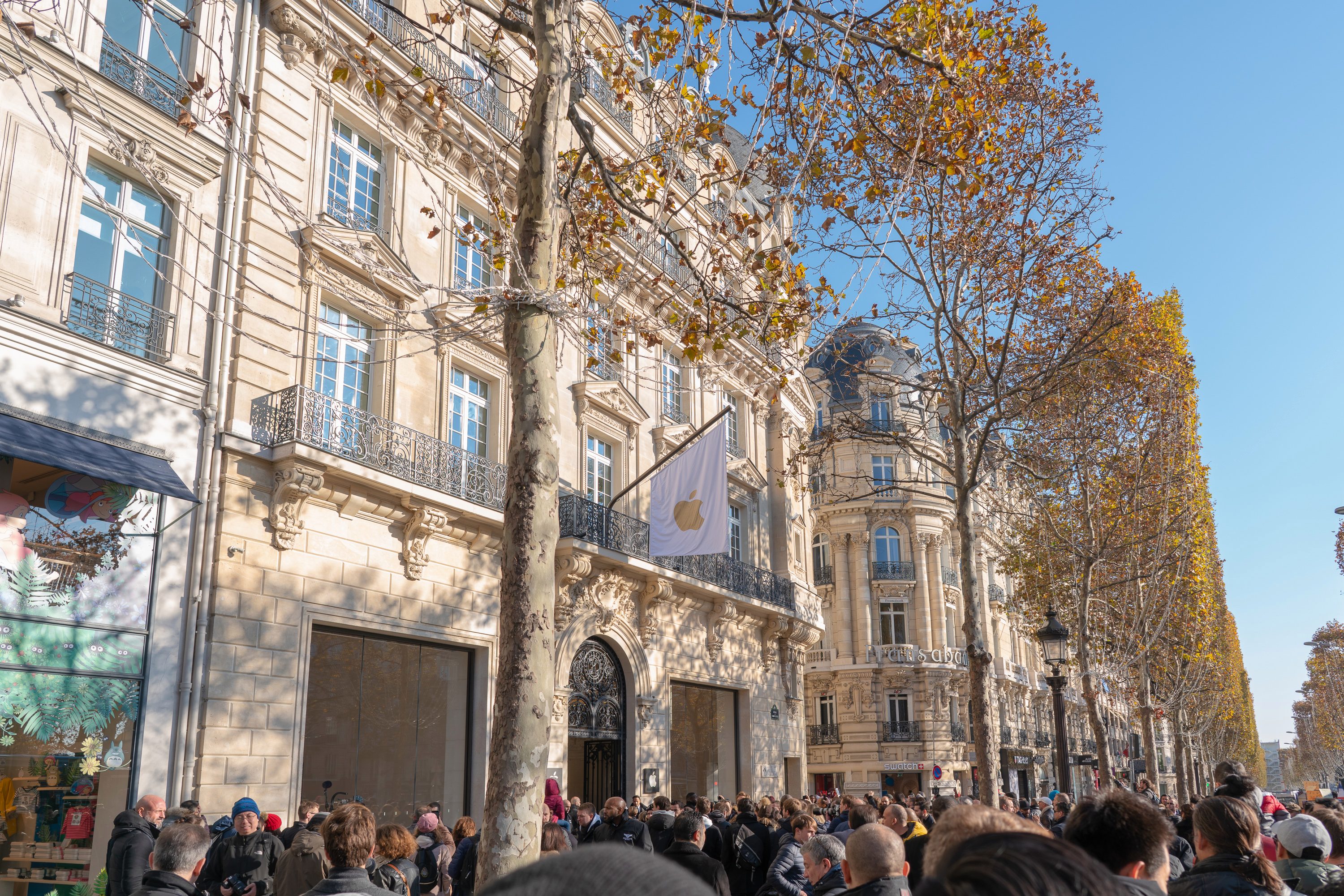 The building was built in 1893. By the time when Apple decided to open the store, it has retained much of the external architecture and historical details. However, Apple for a long time it was restored to bring the facade as much as possible the original appearance.

“The design of a historic building in Paris is a big responsibility and a unique opportunity. Our main objective was to highlight its architectural style, and in the course of reconstruction to create a beautiful and cozy space. In a harmonious combination of warm and light shades of the design reflected the eternal charm of Paris,” said jony Ive, the design Director of Apple.

Apple has made the labyrinth space in a multi-level exhibition hall. The company left the wooden and marble staircase, decorated with balconies and period architectural details. 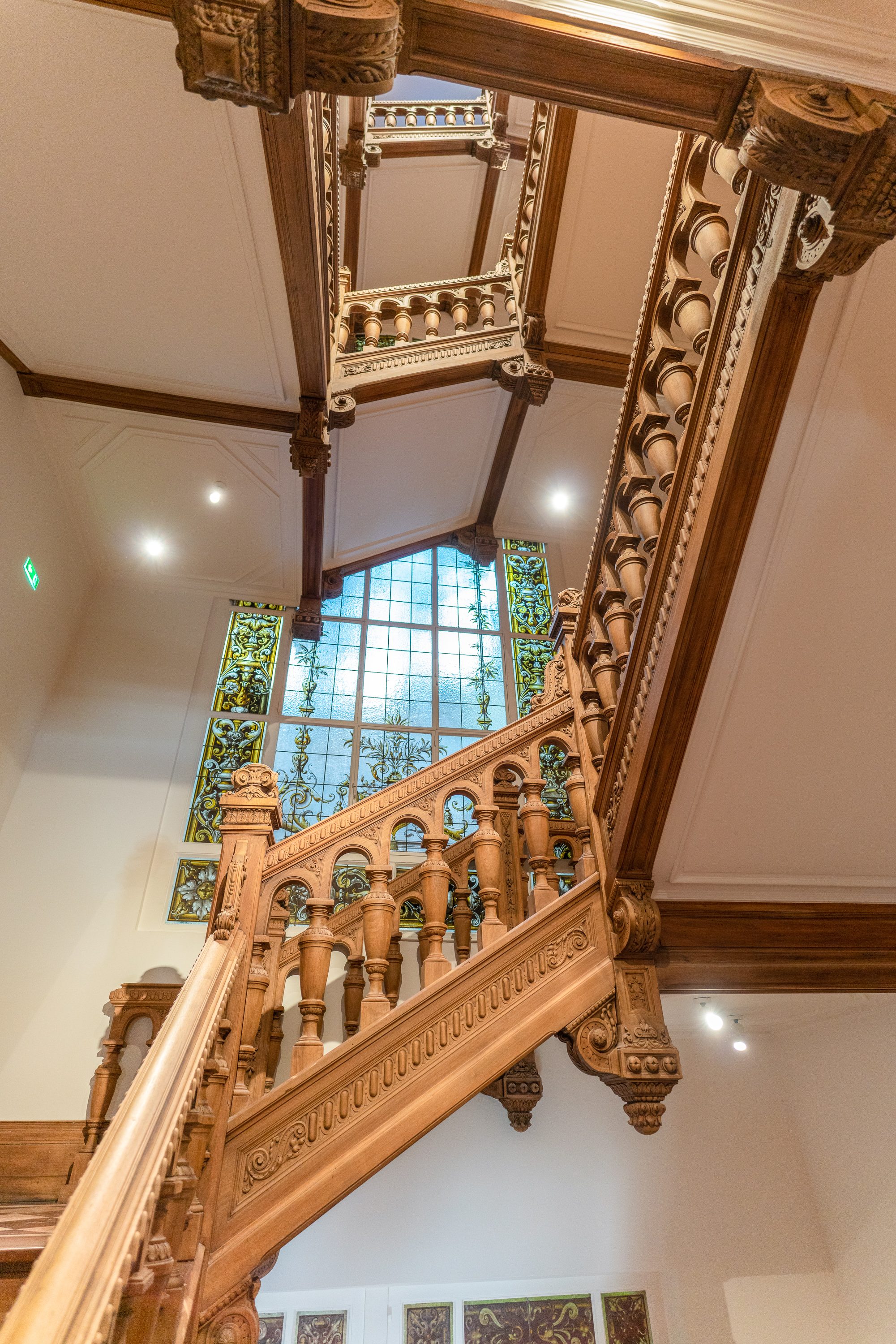 In addition to the store upstairs will house the offices of the French branch of Apple. The store employs more than 300 employees who speak 17 languages.

In the center of the Apple Champs-Élysées is a large courtyard which is used for workshops “Today in the Apple”. They employees talk about photography, music, programming and design. 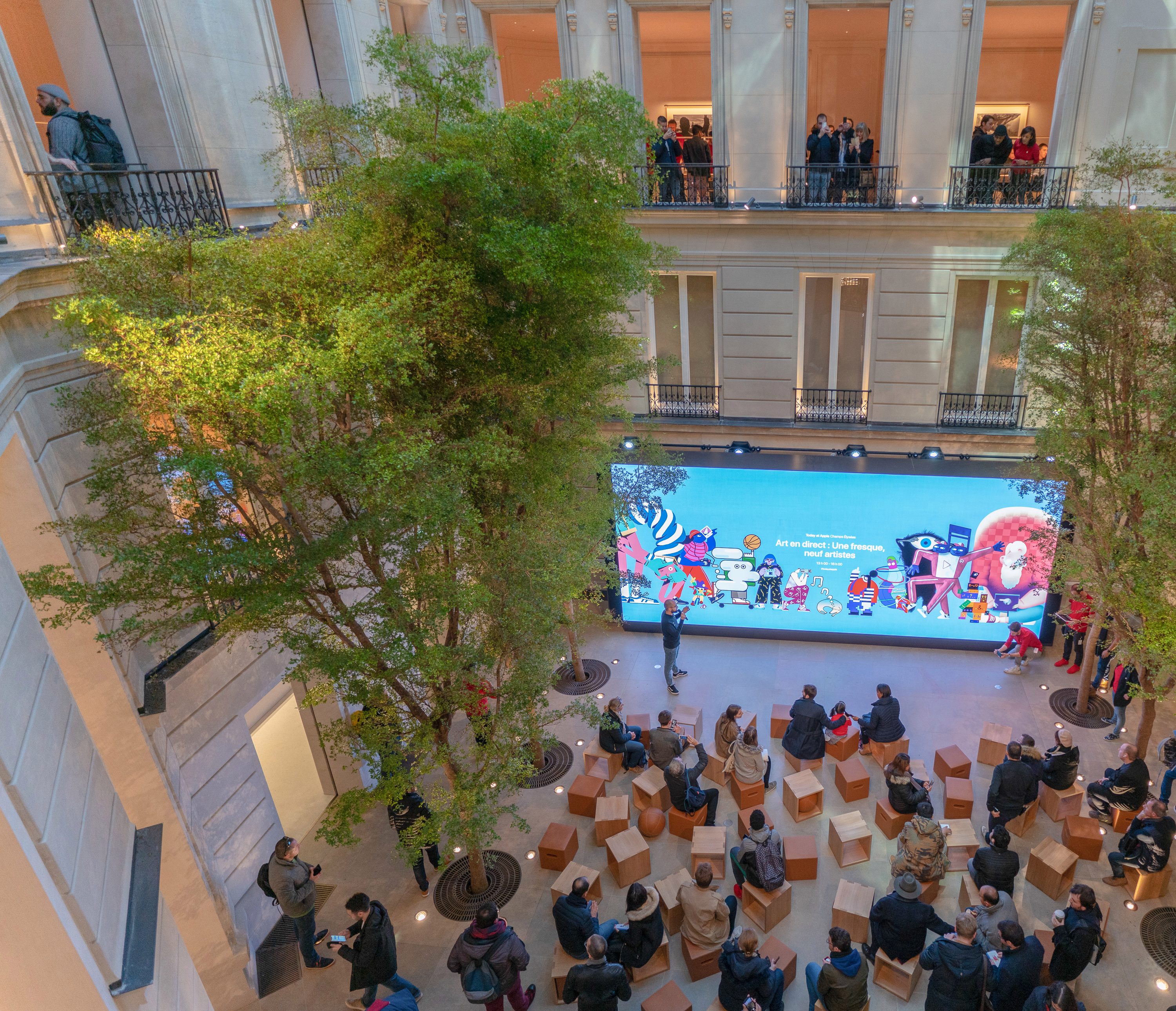 The store is equipped with a system for collecting rainwater, which is processed and becomes suitable for drinking.

In one of the rooms, Apple has reproduced the Paris apartment, to show customers how the device helps in real life. As examples HomePod and Apple TV. 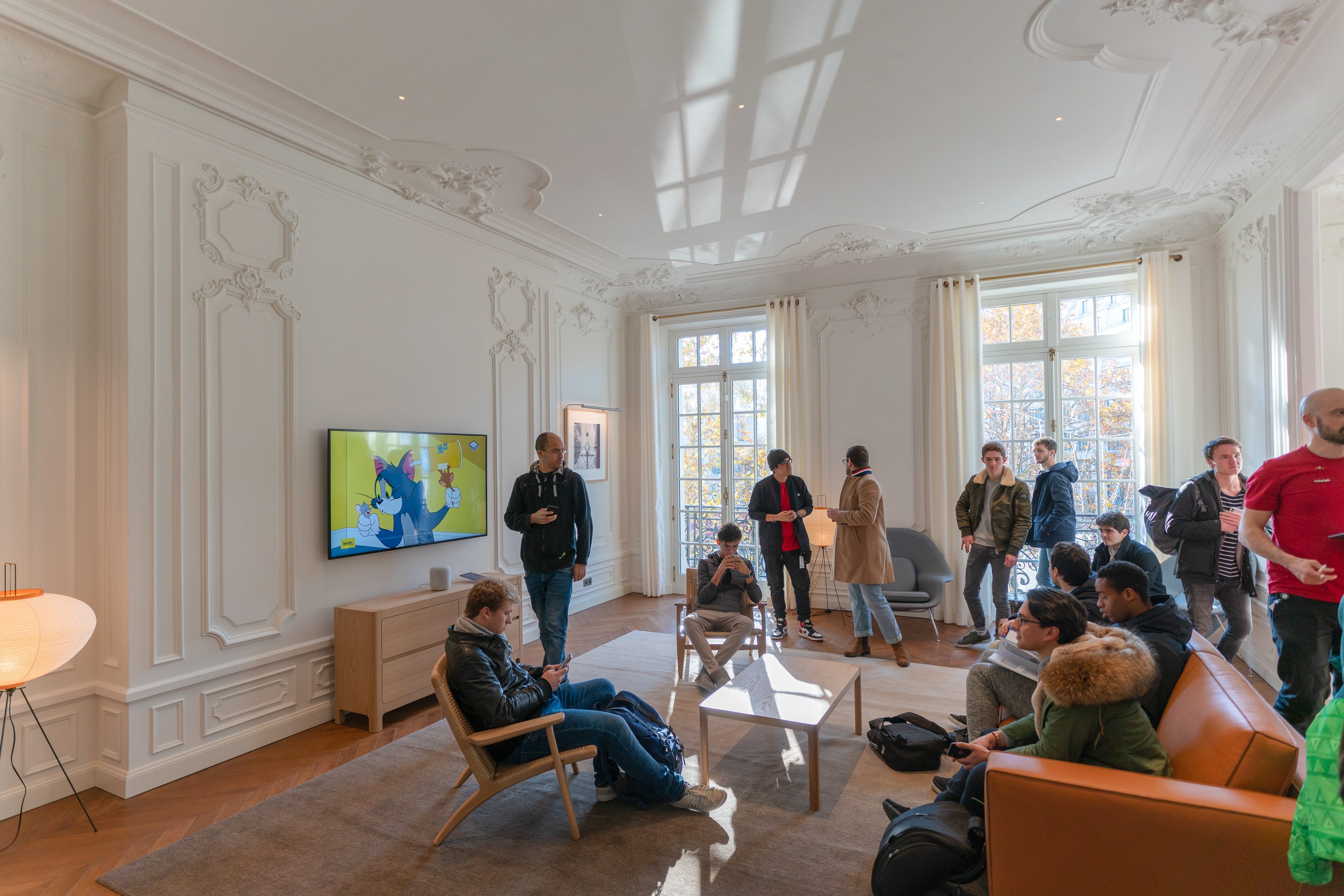 Around the store hung a black-and-white photos taken in the French cities. They were taken by photographer Axel by Maureen, with whom Apple teamed up to reveal the camera capabilities of the iPhone X. 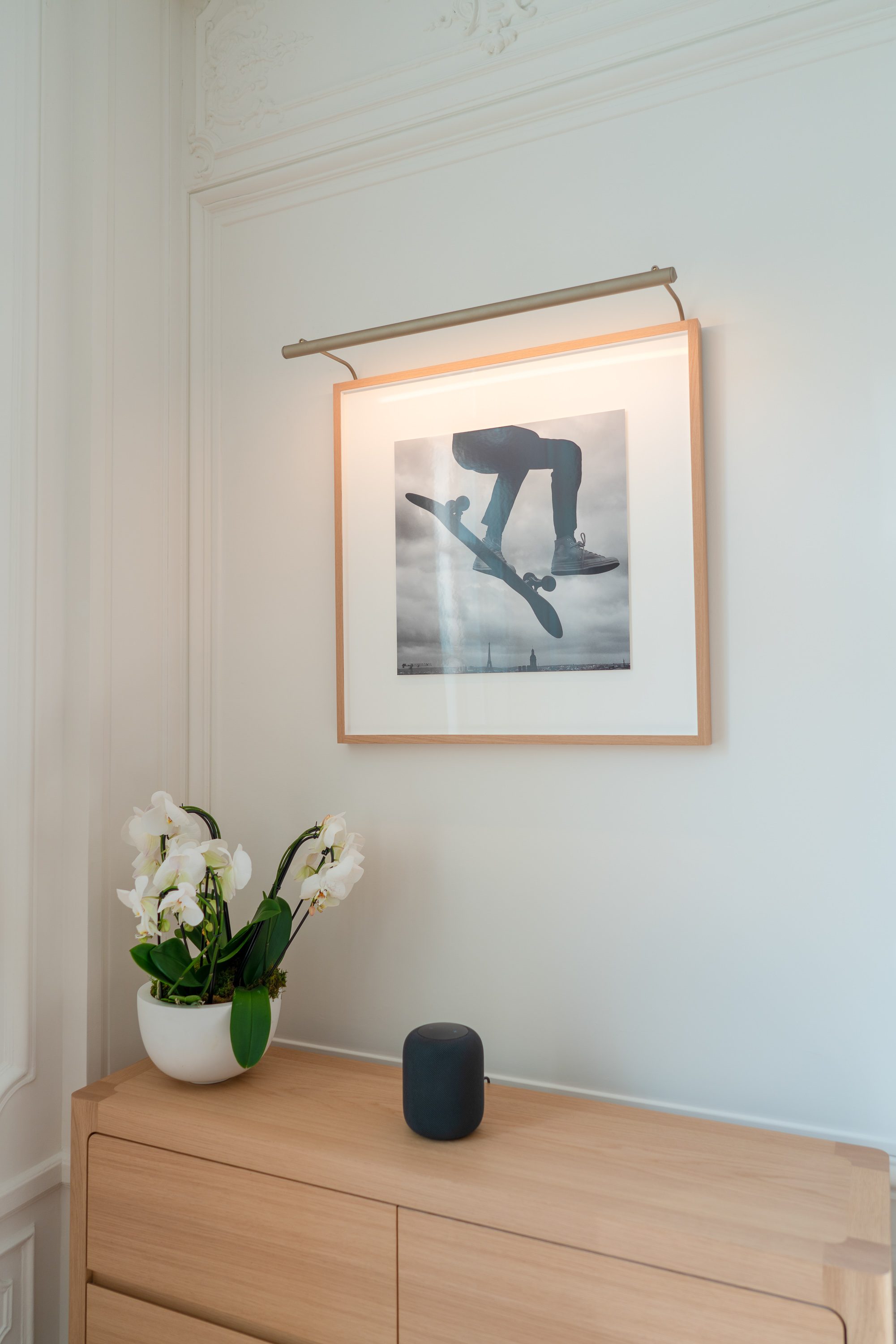 In the Apple Champs-Élysées has a large hall, which is dedicated to the straps of the Apple Watch Hermès. To demonstrate the clock used a new wooden stand. A large room allows you to host a complete collection of Hermès straps and show all possible combinations. In most other Apple Store on the Windows host just a few popular design options and to see what other straps you need to call the employee. As the headquarters of Hermès in Paris, the new Apple Store — the perfect place to showcase the straps. 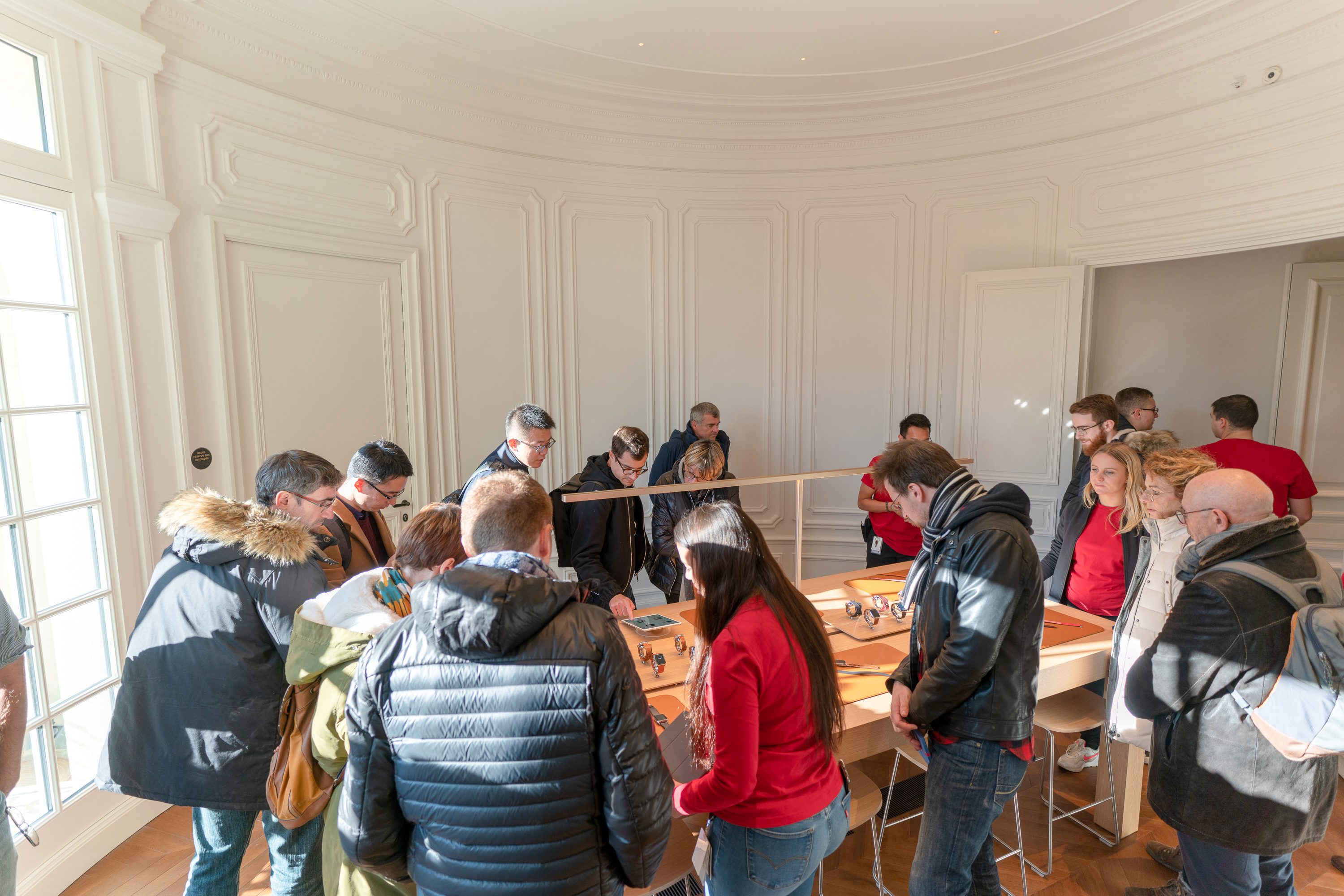 Stefan Baneling — the head of the Studio Foster + Partners, which was engaged in the renovation of the building, called the new store is one of the most unique Apple Store in the world. It is understandable, because the building combines history, modernity and design.