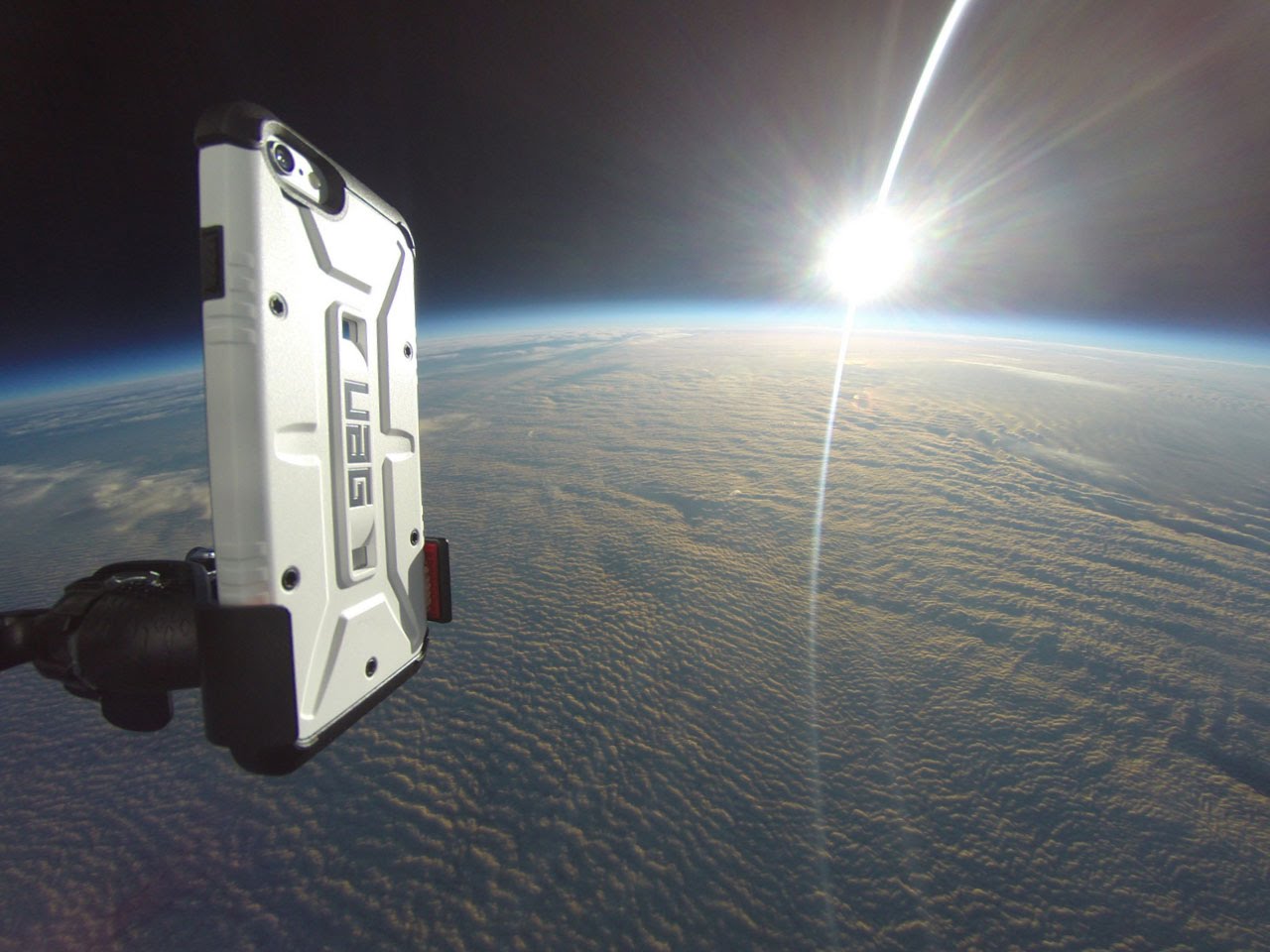 After each generation iPhone, we are seeing an infinite number of videos, the authors of fun dropping their phones on the pavement, tiled floor in the bathroom and other uninteresting surface. Many viewers have long been ignoring such works, while others actively upset and display in the top hashtag #Lucchinelli. But if you really can buy the equipment, you can clear the drop test, which is really interesting to see.

To advertise your protected case, the famous manufacturer UAG has prepared a video in which iPhone 6 is lifted first to low earth orbit, and then falls from a height of 30 kilometers. The phone attached to the balloon, added two GoPro cameras, and was sent flying. Once in the stratosphere, the balloon burst, the smartphone began to fall.

Of course with hard case iPhone falling on the surface of the Earth… But will save you from spoilers, but in General you can expect, what will be the outcome in a promotional video from the manufacturer.