In 2013, equipping iPhone 5s fingerprint scanner, Apple set a new trend for the mobile industry. Three years later, most top-end Android devices equipped with a module for reading biometric data. Company Elephone decided to go ahead and implement a technology in a compact storage device.

New flash drive U-Disk supports authorization of a user’s fingerprint, allowing you to securely protect files with advanced encryption algorithm. The fingerprint scanner implemented in the form of a strip, for which it is necessary to slide a finger, and in view of the site in which you have to do is place your finger at any angle. Likewise for Touch ID in the iPhone and iPad.

Free to write files space on the U-Disk is divided into two sections: public and private. Access to the first if necessary, you can make a free, but to view the content on the second will be possible only after successful authentication. The company noted that the technology of reading biometric data is characterized by high speed and recognition accuracy, while being simultaneously more user-friendly. 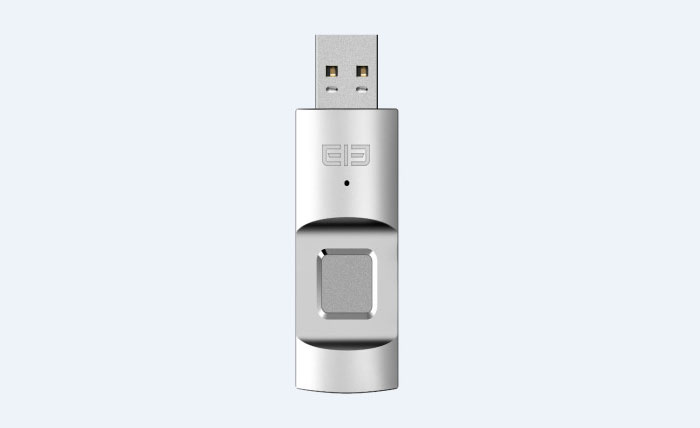 Elephone U-Disk will be available in “the near future”. The drive supports both desktop operating systems macOS, Windows and Linux, and devices running Android. The cost of new items of information yet.