New demo reel from ManoMotion shows the game ManoPong involving technology ARKit with a unique system of tracking the movement of the arms. 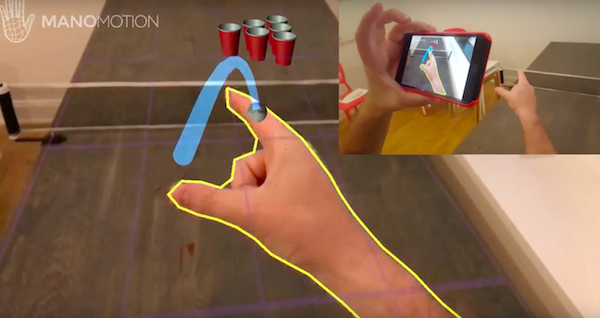 ManoPong is a classic “beerpong”, only in augmented reality. The rules are simple: you take a ball, aim and throw into the glass. Of course, the ball and the glasses are not real. ManoMotion say that in addition to technology ARKit involved 3D tracking of hand movements, which recognizes swipe and seizures without the use of additional hardware.

An updated set of tools for developers from ManoMotion will be available for download in a few weeks. This means that in the future we will see more games based on the interaction of real physical objects with virtual.

The use of ARKit in the gaming segment is quite obvious, but augmented reality is not only fun and very useful and practical tool. Previously, developers have shown that might look like restaurant menus of the future with ARKit, and how to change hair color using dye instead of the iPhone.

Appreciate all the features of ARKit and to try out a new type of application in fact will be immediately after the release of iOS 11. The release date of the new operating system Apple will announce on the 12th of September.