Phil Schiller spoke about the cooperation between Apple and Adobe

At the Adobe MAX conference where the company introduced the full-fledged Photoshop for the iPad, suddenly appeared the head of marketing for Apple’s Phil Schiller. He told about the cooperation between Apple and Adobe, as well as on the significance of launching a full-fledged Photoshop. 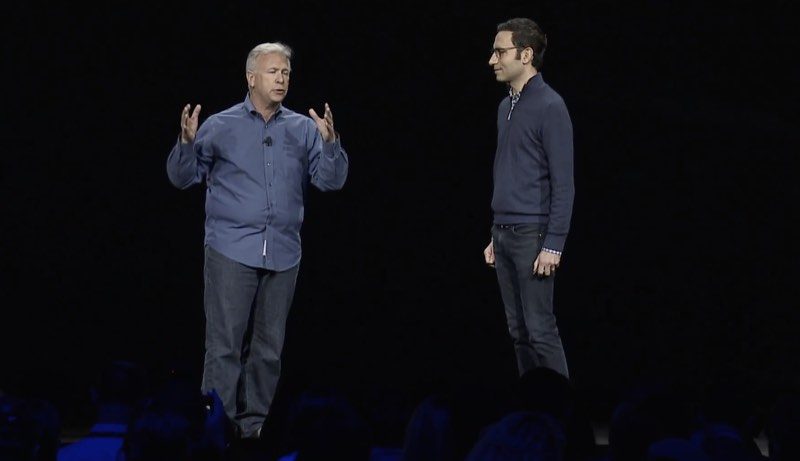 According to Adobe, the release Photoshop for iPad would not have been possible without the direct work with Apple. Phil Schiller said that he is excited about the new app and can’t wait for him to try. He added that Adobe initially understand correctly positioning the iPad Pro, as a tool necessary for creative workflows.

At Apple, we care about the evolution of the iPad, making it increasingly important tools for creative projects. That’s why over the last few years, we have created a line of iPad Pro, we are introducing unique technologies, such as special versions of the chips A-series with enhanced performance CPU and powerful graphics.

We create unique displays for professionals, as our 12.9-inch Retina screen technology ProMotion, and a really fun tools such as Apple Pencil. He is probably one of our most advanced technologies. And Adobe has recognized this from the beginning.

Adobe realized the potential of the iPad Pro and our teams worked together on some really amazing technologies.

Answering the question about the role of the creative professionals at Apple, Schiller said that the work became part of the basis of Apple from the very beginning, both inside and outside.

When I think about it, I know that Steve showed us on the idea that people with passion can change the world. These words mean a lot to us. We think long and hard about the role of Apple.

It’s the old line, which Steve said that we exist at the intersection of technology and arts. We should focus on creativity and art in order to develop this passion. To reveal this vision for us today is as important as the beginning. Nothing has changed.

The technology has changed. When we talked about it, we never imagined a world in which we will work with Photoshop on the iPad Pro.