Simulator Football Academy: teach these kids how to play football

Everyone knows that the theater starts with a hanger, so the road is a great soccer begins with the football Academy. In the new game in your hands gets exactly the kind of football Academy. The only thing you need to teach players to play football and make them the stars of world level, and even better and earn a few million by selling them in a superclub. But about all under the order. 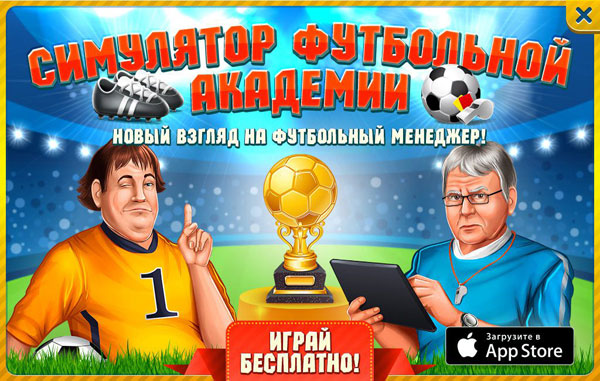 The players in the game are divided into 5 types, according to their level of talent, and the easiest way to get them is to buy a bag, which is card and one random lotion. There are other ways, but about them later. 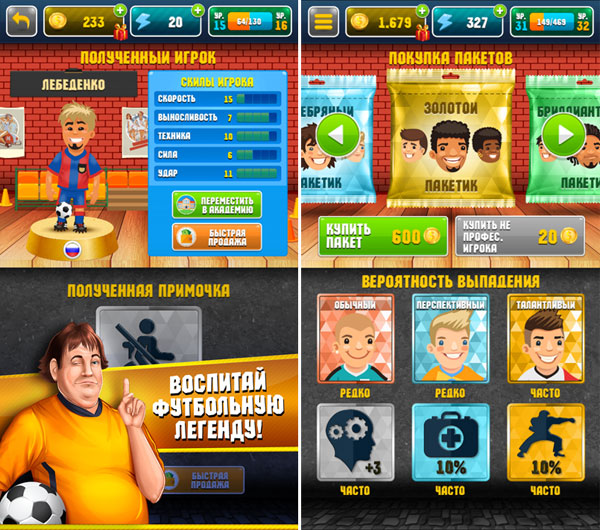 Each player in the game has as set of characteristics and a capacity indicator indicating how much the player can increase this or that feature. The development of players happens in the Academy, the player must be placed in one of five rooms, where he will comprehend the science of football, and the result of the workout you will see how much he gained in skill, as well as in price.

That workout took place most effectively, each player can “attach” a personal trainer or use lotions. 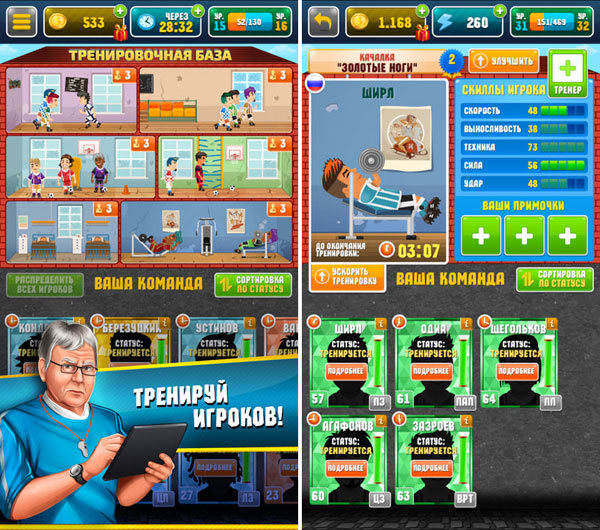 The game consists not only of training, once you reach 11 people and 3 spare, you can let them on the field, fight with other players. As opponents will be teams of other real players.

The difficulty is that we need to recruit not only good players, but the fate of the gaming scheme. The game has more than 20 football role and every player should stand, i.e. to play on your field. 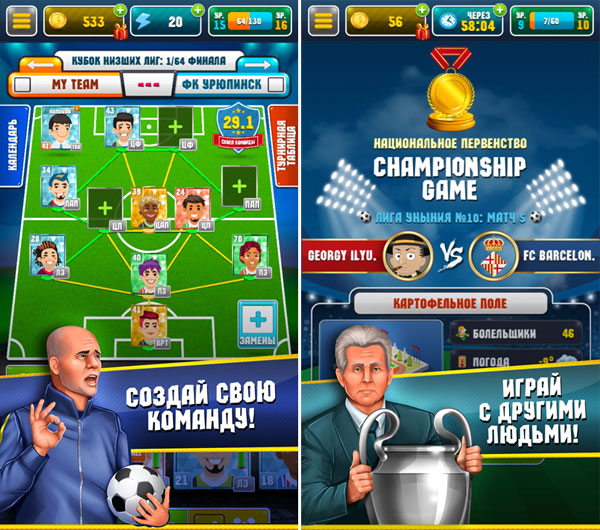 Well, not to rely completely on accident, that is, bags in the game is the ability to change players with each other. To do this, simply put the desired player and set preferences for your future stars, and if someone like your offer – the exchange will happen. 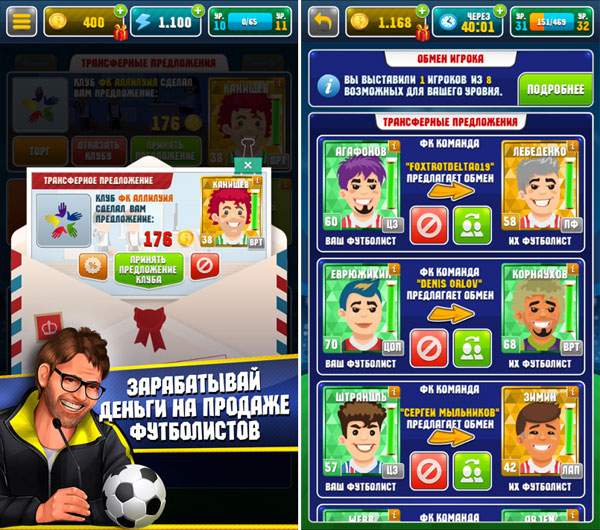 The game is completely free and available on smartphones and tablets running iOS and Android.

Download “online Soccer Academy” for iPhone and iPad at this link for Android devices- this.