The Chinese company Xiaomi introduced smart notebook, which is digitizing all the manuscripts of the user. The cost of the gadget is 799 yuan (about 8 thousand), and order it on the official website crowdfunding service Xiaomi Youpin. 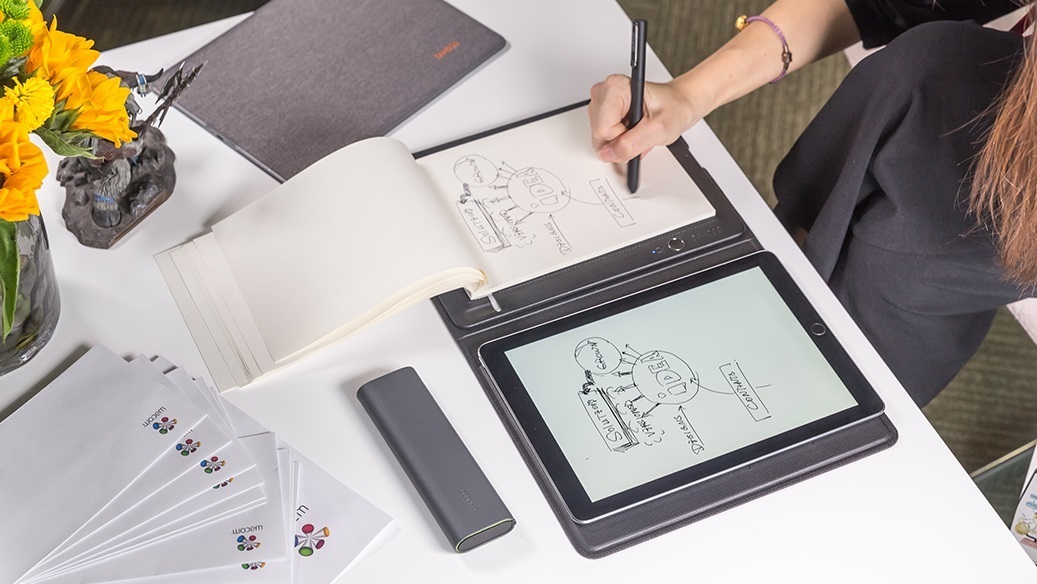 A new gadget called Wacom Bamboo Slate. It is a large notebook, which can also be used as a cover for tablets. The main task of the device is to pass the user entries in the handwritten version required for the device. Thus, the Wacom Bamboo Slate can instantly digitize everything he writes with a pen or pencil on paper by its owner, provided that he does it inside the notebook.

This opportunity was realized through the use of technology electromagnetic resonance. With its help the device can read and identify each line that is created by the user and save it in the format of a digital document. Smart notebook is compatible with devices running on Android, iOS, and Windows 10.