The evolution of iOS: from iPhone 2G to the triumph of minimalism 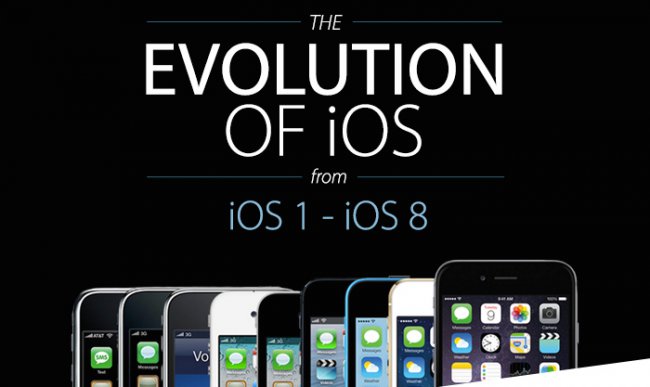 Today iPhone is the most popular smartphone in the world. The reasons are many — from the diversity of applications for every taste to the wonderful the Apple policy regarding support of older devices. Of course, in the modern world, where the first violin plays the software, only one touch screen would be insufficient. At the intersection of “hard” and “soft” was born the same machine that forever changed the definition of a smartphone, setting the tone for the development of the industry for years to come. Resource PhoneArena decided to look like has changed over the years, the system, once modestly called iPhone OS. 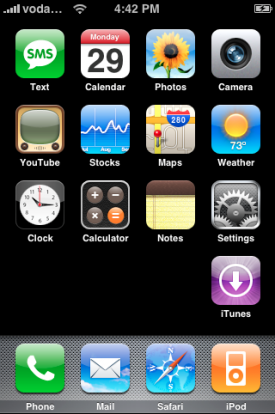 The first smartphone from Cupertino, subsequently christened the iPhone 2G, was brought to the attention of the public back in 2007. The presentation of the novelties was managed by the company’s founder Steve jobs, who confessed from the stage that he waited a few years. Then legendary CEO mentioned that the programming framework for the future of the hit was already familiar in Mac OS X. of Course, it was about a special mobile version. Despite the lack of many typical features, such as app store or even a simple screen capture function, it could view a huge potential. At that time, both masters of industry have churned out countless push-button machines, and most touchscreen smartphones have been designed to work with a stylus, the iPhone has become a pioneer among devices that are fully focused on gesture control. Market sharks, including once occupied the leading position of Nokia and Blackberry, this potential is not considered and met novelty sarcastically. Seven years later many users will be able to remember what looked like a stylus, and former “the comedians” will clearly not amused. 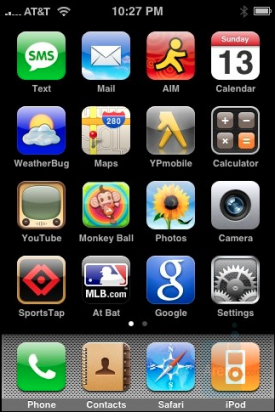 The second version of the mobile operating system from Apple, released a year after its predecessor, brought some serious innovation, the most important of which can be called the emergence of the App Store — branded distribution platform FOR application software. The changes were made and interior decoration iPhone — in a set of system programs now included a separate “Contacts”, as well as advanced scientific calculator. Probably it sounds funny, but at the dawn of the modern-produced smartphones, such things were often serious step forward. 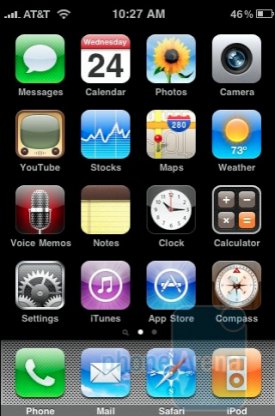 In 2009, in parallel with the release of the iPhone 3GS, Cupertino introduced and the next version of the iPhone OS. This time the innovations were not as extensive as, say, support for third party applications, but is clearly interesting from the point of view of usability — copy and paste, Spotlight search brand, the record and a simple installation of video and landscape mode in email and messages. Not without new programs such as “voice Recorder” and “Compass”, and also support the MMS service, which, however, have been quickly forgotten by users. Successfully passed the initial run-in, iPhone has gradually catch up because of fundamental differences from traditional vehicles. From the beginning at Apple clearly wanted to make use of the device as simple as possible; in addition, immediately implement efficiently all, even seemingly simple functions on a completely new platform would be too difficult. Not the fact that wouldn’t hurt famous the speed and smoothness of operation for which the apparatus is so loved by consumers, and the company traditionally has preferred quality over quantity, focusing on a completely new user experience. By the way, already since version 3.2, the operating system has changed the name — with the release of iPad in 2010, it became known as simply iOS. 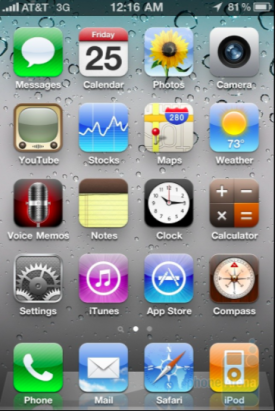 Perhaps the iOS 4 was a landmark for the iPhone. Working on her iPhone 4 with an Retina screen of the new tablet iPad made a splash in the market of gadgets, but the system itself is updated to support multitasking and new UI elements, such as your desktop Wallpaper. Of course, one could argue that these features have already been implemented in competing products, but agree — even then, to compare an iPhone application with those for the same Symbian, most based devices are not even equipped with multi-touch, in many cases it would be simply incorrect. By the way, unlike iOS, popular Android system by the time do not yet have full support for tablets, and the last was running essentially a phone version. If we talk about background pictures, Steve jobs personally answered the user’s question by email, saying that the work this function on the iPhone 3G was considered unsatisfactory. Given that the model is almost identical to the first generation “Apple” smartphone from the point of view of system resources, it is logical to assume that they would not be enough before. However, inquisitive jailbreak community has solved the problem by using various tweaks, and speed of work expected of these devices left much to be desired. iOS 4 was the first version of the system is not compatible with the original iPhone — the grandfather of the current smartphones have replaced with new models. 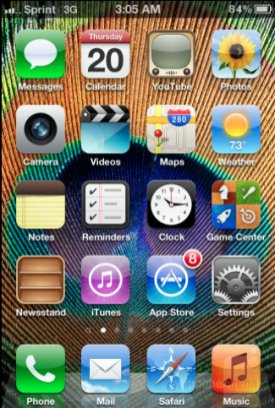 “More than two hundred new functions,” described cupertinos a new version of iOS, released in 2011. Many of these features, including a notification Center, a proprietary messaging system, iMessage, iCloud cloud service, Twitter integration and Game Center support, as well as the famous voice assistant Siri, which debuted in the iPhone 4S, marked the beginning of modern user experience, “Apple” platform. Safari, one of the most popular applications on the platform, got more comfortable mode, formatting the text for better perception and hide distracting elements from the screen. Furthermore, there appeared long-awaited tabs, and the ability to save pages in the list to read. Added “Kiosk” — a handy aggregator is downloaded to the device periodicals, and the main menu appeared the Reminders app. The first iOS with the ability to update wirelessly version number five can be considered as one of the most rich updates system. Unfortunately Steve jobs was unable to catch her triumph — legendary founder died on 5 October of the same year, just a day after the iPhone 4S unveiling. 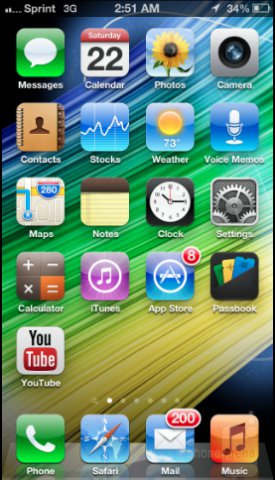 In 2012, Apple presented the iPhone 5 is the first Apple smartphone with larger screen sizes. The four-inch handset running the latest version of the operating system, iOS 6. Here debuted controversial once Apple maps, along with lots of nice little things — text answer to a rejected call, offline reading list in Safari, and also just great feature “do Not disturb” that turns off sound notifications about events in a specified period of time. Do not forget the developers and about being a part of the fashion of privacy by allowing users to grant or deny data access for individual apps. Was also added integration with popular social network Facebook. The sixth generation iOS marked a gradual failure of Apple from the services of his competitor in the face of Google from firmware have been removed Google Maps and YouTube available later as third-party apps in the App Store. 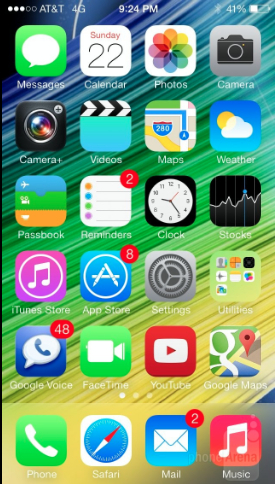 Despite the many changes that has accompanied each new iOS release, the appearance of the system, except for a few minor features, remained practically unchanged. But in Cupertino are able to smell the winds of change, released in 2013, the seventh version of the radically changed familiar interface. Gone are imitating real objects icons, gradients and other elements obsolete style of “skeuomorphism”. Despite the fact that many such changes were not to the liking, Apple once again proved the justice of his vision — “flat” direction quickly became the dominant trend in the design of user interfaces. Of course, under the hood this time was hiding a lot more changes, to describe which is a separate material. Here we only mention such important innovations as a control, a rethinking of the notification Center, much improved multitasking support, proprietary file transfer system AirDrop and a completely new browser Safari. Not be amiss to note the emergence of iTunes Radio, as well as support for new devices record video at 120 frames per second and a new burst mode photos. 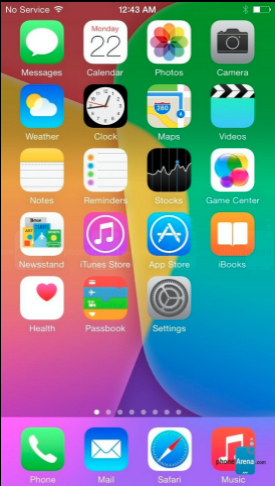 The current version of the system released last fall, has already become the most popular version today. According to Apple, iOS 8 almost 80% of supported devices, including, incidentally, “veteran” iPhone 4S, and is presented in parallel with the update of the new iPhone 6 and 6 Plus broke all possible records, largely helped the company in achieving fantastic annual profit of $ 18 billion. Major changes for both system and extended the model range of expected led to some difficulties in the operation of the system, because the issue to the surface so much in such a short time is no easy task. But in the Apple accept the challenge — the company is constantly working on improving the user experience of its platform, recently released another interim version 8.3, which is in addition to various patches contain the long-awaited Russian-speaking users of Siri. Among the important innovations of the “eight” are a convenient interactive notifications, support for third-party keyboards and extensions for Safari, a revolutionary system integration with the computer called Continuity, as well as proprietary platforms and ResearchKit HealthKit, which promises to become a new word in fitness and medicine.

This was the way iOS to the top — from brash newcomer, which is loud, but short laugh contemporaries, before the Foundation of the main smartphone of all times and peoples. And not so it is important that this path was not always smooth, and some of the innovations already present in the products of rivals. Because, as you said Steve jobs in the face depicting his Ashton Kutcher:

We won’t look at competitors and say that we can do better. We will do otherwise.