XS Max iPhone presented by Apple on September 12, took part in the regular drop-test. His competitor was the Samsung Galaxy Note 9. 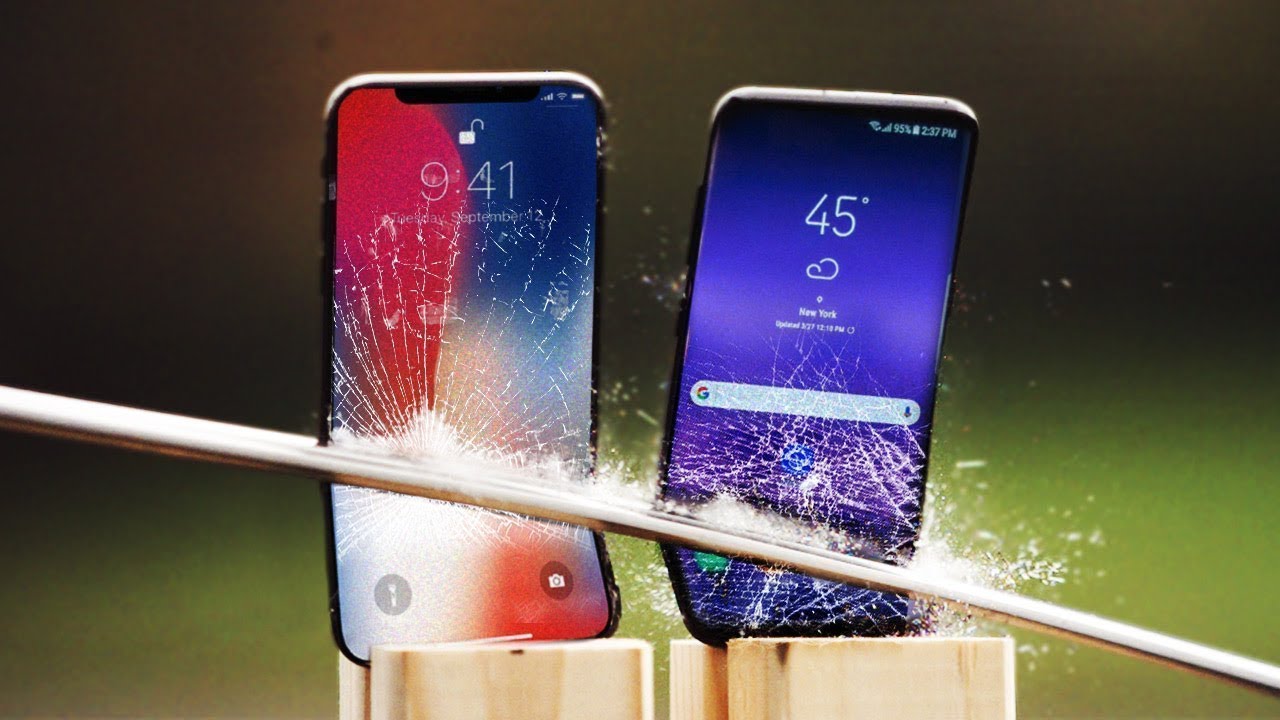 Video drop-test of the flagships of Apple and Samsung was posted on the YouTube channel PhoneBuff. The author of the blog David Rahimi noted that, while externally, the iPhone XS Max was less damaged than Samsung Galaxy Note 9, the sensors of the Apple smartphone by the end of the test just stopped working.

Blogger conducted a series of tests, each of which had smartphones counted points. The first test was to drop from a height of one meter on the rear panel. Oddly enough, the glass surface on the rear side, the Samsung was almost completely broken, while the glass iPhone received only a few deep cracks.

Falling on the edge, both the smartphone got a little chipped at the corners. Most interesting was the fall screen-down: in this test iPhone confirmed Apple’s words about the fact that at its creation were used the most shock-resistant materials. As pointed Rahimi, this test showed that the iPhone XS Max proved more reliable than Samsung Galaxy Note 9: it was broken glass only in the bottom of the display, while the smartphone the South Korean manufacturer the entire screen was cracked.

Despite the successful results, XS Max still lost Note 9 in the series falls from a great height, after only three attempts on the ground against ten Samsung.